Dr. James Turner is back with a Saturday Selection that almost makes me feel a bit uncomfortable. I was pursuing financial independence on my own — you could say “independently” before I knew it had a name.

The man who introduced me to the concept of FIRE has been quoted as saying that he unintentionally started what could be considered a cult.

He’d been blogging for a while when Mr. Money Mustache realized that his site wasn’t so much a blog as it was a cult. “People think of a cult as a bad thing,” Pete Adeney says during a recent taping of the Y Combinator podcast, “but really it’s just a social organization structure.” –The Observer

He repeated the message in a sound byte that appears in the trailer promoting the Playing with FIRE documentary.

Since starting a blog, I’ve traveled to spend time with other bloggers and FI-minded individuals at events like FinCon, Camp FI, and the recent Chauaqua in Ecuador. These were just get-togethers, right? Or did I unknowingly join a cult?!?

Counterculture (Coun-ter-cul-ture) – “a way of life and set of attitudes opposed to or at variance with the prevailing social norm.”

When you hear the word counterculture, you may think of famous philosophical movements – like the Enlightenment, Romanticism, or even the Hippies of the 1960s.

Regardless of the images that pop into your head, the idea remains the same. These were times and groups of people who acted differently than the current norm.

Are you a part of the counterculture of money?  Read on to find out!

It’s hard to “buck the trend” if we don’t know what the current trend looks like.

To help us, here are some baseline statistics that describe the typical American household:

Is there an explanation?

Maybe Americans really love their jobs and simply stay in the work force until they get kicked out between the age of 61-65? Or maybe being dependent on part-time work seems like a great way to provide the retirement of our dreams?

The truth is that, as a people, the current financial norm consists of having no financial plan and being financially enslaved well into our 60s.

The real reasons for the sad state of American personal finance includes an unintentional financial situation, spending too much, saving too little, keeping up with the Joneses, and living a life outside of our means.

Does it have to be this way?

While poor financial planning may seem as common as catching the cold, there is a movement sweeping across the country that is just as viral – but a lot better for us.

Let’s dig into the seven ways that the financial independence (FI) community sets itself apart and creates a counterculture bent on showing others a better way of life.

Number 1: Using Money With a Purpose

The FI community understands that money is a means to an end.  It is not the end itself.  Money saved can be used to purchase the time we need to live the ideal life.

FI minded people flip the script on typical American spending by choosing to save first for their future, and spend second on current wants & needs.  When we do decide to spend money, we spend it intentionally on people and experiences.

Why? Because money spent on people and experiences is more likely to produce long-lasting satisfaction than money spent on “stuff.”   Money has a purpose.

With today’s immediate gratification consumerism, intentional saving and spending couldn’t be more counter-cultural.  Instead of financing the big house, nice car, or newest tech – we choose to own our happiness and our future.

80% of people haven’t – and most likely cannot – retire by age 60. What many of these people are lacking is an understanding of the Wealth Building Gap.

This gap is the difference between someone’s income and their current spending habits. In other words, it is the amount of money that they have each month that could be put towards building wealth.

The problem is that our opportunity to build wealth is linked to our income only if it is accompanied with a commensurate decrease in spending.

Even when we receive a bonus or promotion in pay,  many people fail to build wealth.  Like the Notorious B.I.G. taught us, mo’ money usually means mo’ problems.

The reason for most people’s financial failures comes from a single source – our stupid spending.  We cannot build wealth with our income if every extra dollar gets spent instead of saved.

This is why we decouple the ideas of wealth and income in the FI community. We understand that having a high income does not make us rich.  (Trust me, I know lots of doctors who do not use their income to build wealth.)

After a pay raise, we can build wealth only if we choose to optimize our spending and increase our savings rate.

In the FI community, we do this by promoting minimalism, avoiding consumer traps, living frugally,  and – of course – through The 10% Rule.

In the eyes of the world, many decisions made inside the financial independence community make us look like cheapskates.

I get it. We discuss ways to decrease our cell phone bills, many of us ride bikes instead of driving cars, and we intend to spend substantially less in retirement even if our annual incomes are high.

The common counter argument in the FI community is that we are “frugal, not cheap.”  In fact, there have been many blog posts written on this exact topic, including these two:

The point is this. The financial independence community may not always have the best offensive squad out there (in terms of income), but – man, oh, man – we always play good financial defense (frugality).

Frugality is our counter cultural key to success.

Related: Frugal Without a Cause

Do you want to know the opposite of frugal?  Status symbols.

Status symbols may involve living in a certain part of town, driving the right kind of car, or dressing the right way at work.  Many people in my line of work (physicians) can’t help getting sucked into the status symbol vortex.

All of these decisions are bent on impressing other people and making others happy.  While they often do very little for our own happiness, that doesn’t stop us from thinking it should.

The call of the status-symbol siren might be alluring, but the FI community is strong enough to withstand it.  Others can have their Dr. Jones homes and fancy cars.  We will keep our financial freedom.

There is science out there to suggest that we mirror the habits of the people we most closely and deeply associate with on a day-to-day basis. These people could be friends, family, or framily (i.e. friends that are family).

The point is this.

If the people we most deeply and emotionally connect with are big spenders, we are likely to be a big spender, too. If our friends are frugal, then we will feel less of a need to keep up with the Joneses of the world.

Frugal friends do not cast stones at you for driving a less expensive car, living in a smaller home, or encourage you to buy the newest tech.

In a world filled with advertisements constantly telling us we need to buy the latest and greatest, frugal friends help sustain the FI counterculture. 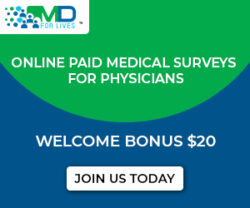 In this community, we write our own story. The ideal life doesn’t happen by accident. It happens when people are willing to have tough conversations with loved ones about the life of their dreams.

Once we have defined the ideal life, we can intentionally set ourselves on a path to achieve it while we ensure we are enjoying the journey along the way.

This is counter-cultural to the typical “live for today and fail to plan for tomorrow” mantra that results in an average savings of $17,000 for people who are only five years prior to retirement.

We recognize that we only live once (WOLO?), but we want to live this life intentionally.

When you are financially independent, every day can be a Saturday.  We can choose to work, or we can do whatever else we want. Regardless of what we choose, it will be intentional.

Number 7: We are Financially Prepared

The financial independence community is built on being prepared for future possibilities – both good and bad. It’s all about laying down a plan and creating the means to deal with the curve balls that will be thrown our way.

We have emergency funds (most of the time), and sequence of return risks are a favorite topic of conversation. We also take into account the various opportunities we have to protect our income through side hustles.

As seekers of FI, we tend to be Do-It-Yourself investors who often retire in our 30s and 40s. Compare that to the average American (and average doctor) who cannot retire at age 60, and it might seem like apples and oranges.

We started with a definition.  So, let’s end with one:

The Counterculture of Financial Independence  – a way of intentional life and set of solid financial attitudes opposed to or at variance with the prevailing social norm of perpetual debt, failing to plan, and living paycheck to paycheck.

Living a life of perpetual debt – and eventual burnout – may be a common theme today, but it doesn’t have to be this way.

If you aren’t part of the counterculture of financial independence, what’s stopping you?

Join us and you’ll find yourself with a group of norm-breakers who have intentionally designed their dream life and have created a financial glide path to keep them there for the rest of our lives.

4 thoughts on “Joining a Cult: The Financial Independence Counterculture”