Getting things done is hard, particularly when you’re a well-practiced procrastinator like me. I thrive on deadlines and like to test their limits. Checking items off the to-do-list becomes even more difficult when you fancy yourself a writer and give yourself a second job creating, maintaining, and promoting a blog.

I shouldn’t call it a job; I love it, but I bit off about as much as I can chew.

When you’re a homeowner, husband, father, and do-it-yourselfer, required tasks have a nasty habit of stacking up quickly. I haven’t caught them in the act, but they also seem to reproduce like rabbits.

As the list grows and becomes more daunting, it also becomes easier to ignore it and come up with excuses. “I’ll start weeding that garden when I have a bigger chunk of time.” “It’s supposed to be cooler / warmer next week. I’ll work on the garage then.” “What time is it? Beer:30? Real good, then. Let’s hot tub!” 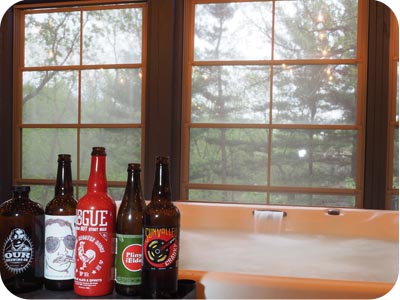 If you’ve listened to Dave Ramsey or read his books, you’re probably familiar with the term “debt snowball.” Dave is a polarizing figure in personal finance. He has helped many and his message is positive, but has some sketchy advice (invest in stocks and earn 12%) and is most certainly profiting immensely from his network of paying Endorsed Local Providers.

Even the debt snowball, a plan that has been instrumental in helping thousands of people destroy their debts, is not without fault. Here’s how it works. Write down all your debts. Put them in order, from the lowest balance to the highest. Start paying them off, from the smallest to the largest.

Psychologically, it might be the best way, but mathematically, people would be better served by paying off the highest interest debts first. By the time you’re done, you will have paid less interest, and be at least a little bit ahead financially, compared to starting with the smallest balance. But the “little wins” that come from knocking off the small ones can be motivating. The behavioral aspect makes Dave’s debt snowball order seem reasonable.

I’m money-debt free, so I have no need for a money snowball of any order, shape or size. But I’m almost never task-debt free. I’ve always got a waxing and waning list of things I need to do, want to do, or have been meaning to do, but haven’t gotten around to doing.

This is where the task snowball starts rolling. I write down a list. Maybe give myself a deadline; I need deadlines. Dave’s snowball plan works better here, as the tasks have no interest rate associated with them. Although, some tasks may be more pressing than others. I might get in trouble if I’m harvesting my hop bines when the toilet is overflowing onto the bathroom floor, even if the hop bines do smell so much better than the clogged toilet.

Once urgent matters have been addressed, I start with the simplest, easiest, or quickest task. Check a box, and look for another. Before long, the list is half done, and I move on the bigger tasks. Productivity ensues. With the little stuff out of the way, I’ve got no excuse not to clean out the garage and take four trips to the Habitat ReStore dropoff. The task snowball has worked it’s magic.

Like Inbox Zero, Task-List Zero is a status worth celebrating.

Until I hear the ding from the inbox. Or my lovely wife asks, “Hey, can I borrow you for a minute?” I let loose a small giggle of fear and the tasks begin to populate the list once again.

Much like getting your personal finances in order, getting stuff done takes discipline. Start with the small stuff. Gather your account logins and check your balances. Clean underneath the fridge. Sign up for Personal Capital and know your net worth.

Move on to the bigger stuff. Tackle the storage room. Write up an IPS. Brew your own beer. Invest like a pro. Design and build a deck. Reach financial independence. Start a community garden. Bike across the country. Conquer the world.

Just get your snowball started.

17 thoughts on “The Task Snowball”