What does a tortilla with eggs, potatoes, cheese (and hopefully some sausage and / or bacon) have to do with filling out medical surveys for money? I mean… other than the fact that a quick $10 or $20 will buy you a bag full of breakfast burritos.

That fact is not lost on today’s guest poster, a Californian physician known as Another $econd Opinion MD, but that’s not exactly what he’s talking about. What is the connection? Read on, my handheld breakfast loving friend!

It wasn’t a particularly bad call. I’ve had worse, but then again, I’ve had better.  As is the policy at our trauma center, one anesthesiologist has to be in-house at all times, and this night it was my turn.  Other than a late night hip fracture, early morning appendectomy and frequent announcements overhead (code sepsis, code STEMI, etc…) I managed a few hours of sleep.

My shift ended at 7 am so I was pleasantly surprised when my relief announced his arrival at 645 am.  It’s not my style to loiter post-call so I packed up, tidied the bed and left the call room.  A quick check of my emails revealed a new medical survey opportunity, $15 for 15 minutes of my time.  I made my way toward the doctor’s lounge, opened my laptop and clicked “Accept”. 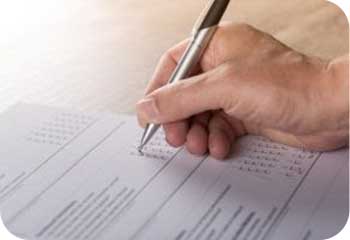 To most in our profession, $15 doesn’t seem like much, and to be honest, I agree.  But my philosophy is that any time I earn money outside of my paycheck, I invest 100%.  So the way I look at it, this $15 today will be worth exponentially more in 25 years when I see it again.

The math is simple: $15 compounded yearly at let’s say 8% interest for 25 years would be worth over $100 ($102.73 to be exact).  Granted inflation over that time will take away some of that buying potential from my new friend Benjamin, but it’s still a good return for 15 minutes of my time.

Time permitting, and sometimes I do have a decent amount of downtime between cases, I participate in medical surveys as much as I can.  The first reason is stated above. The second reason is to keep them coming.

I’m not sure if this pertains to the simple algorithm of sending/receiving electronic surveys, but I tell myself it does.

Have my Voice be Heard

I do realize that one company or product or drug will not be altered at all by my set of opinions.  But it is my opportunity to raise concerns, give praise, offer input and also see what’s in the pipeline of future medical advances.  After all, they’re paying someone to pay me to take these surveys, so the results can’t be entirely meaningless, right?

For those of you who participate in medical surveys you know the drill.  There are 2-5 screening questions to see if you qualify to compete the survey, if you don’t qualify, you don’t get paid.  Often times it does feel like the screening questions (hospital size, is a certain drug on formulary, % of time you work at certain places) are the actual survey questions and these companies are just trying to get answers for free, but thus is the nature of this business.

Usually I “screen out” of half of these surveys anyway, so I thought this was just another false alarm.  Lucky for me, someone wanted to know my opinion on drug names, difficulty with pronunciation, ease of spelling, and whether the name fit the clinical profile of what the drug reportedly does.  So I told them: good, no, yes, and sure. 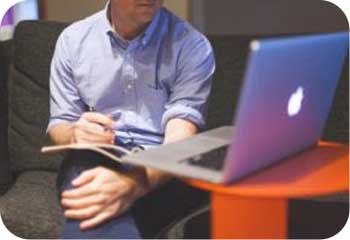 Coming out of residency, I was scared to invest in the stock market — I knew nothing about it. 2008 was still in the recent past, and frankly, I wasn’t a big risk taker.

So how did I get started investing? Well, first I read a lot about it from very smart minds.  Then I took a baby step by investing my credit card rewards money.  The way I viewed it, if I lost it, it wasn’t money I ever had anyway.  But I didn’t lose it, it grew, stabilized, lost a little, but eventually grew more.

I quickly became more comfortable with investing, read more and started to develop habits in which I would invest a portion of my paycheck each month, beyond retirement investing, in addition to all of the extra money I was earning (credit card rewards, medical surveys, etc).

This was yet another opportunity to earn a little extra money for investments, an opportunity that I habitually take advantage of. 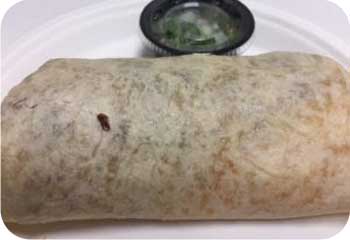 Can I go from talking about investing and money to talking about breakfast burritos with no transition?  I’m the author, so yeah. I can. [PoF: But it’s my site! I’ll make the call. OK… permission granted.]

Besides, the topic of breakfast burritos, or any awesome burrito in general needs no segue, ever.  But I’m not going to talk about my love for these delicious pieces of food art. It’s not about me or about those who ruin a good breakfast burrito with too much scrambled egg or soggy potatoes, it’s not about that.

I have three young kids at home and one of their only appreciable consolations to daddy missing story time and bedtime the night before is that I roll into the garage bearing gifts in the morning.  These gifts come wrapped in foil and have cooled to the appropriate kid-eating temperature by the time I arrive home.  They are packed with bacon, cheddar cheese, crunchy potatoes and a little fried egg.

The truth is our doctor’s lounge doesn’t get supplied with the mass quantities of breakfast items until 7 am and the kids get sad when they miss out on their post-call treat. This survey afforded me the chance to stall while my good buddy George prepared the lounge for breakfast.  I finished the survey just after 7 am with a new $15 to invest, packed up my things and grabbed a burrito (or two…don’t judge) for the short ride home.

[PoF: I fill out these surveys from time to time. Although the opportunities don’t come up that often unless you seek them out, when you do qualify, they usually pay at least a dollar a minute. That may not be a great pay rate compared to a physician’s wage if you’re using your precious free time

$15 for 15 minutes may not be a great pay rate compared to a physician’s wage if you’re using your precious free time, but if you’re already at the hospital, killing time between patients or awaiting the results of a lab or scan, why not answer a few questions? You might just see the results of your clicks someday. That Bair Hugger logo? I helped choose it. True story.

And when you’re done there, continue on to Another $econd Opinion MD, where the good doctor talks about investing, financial independence, Dave Ramsey, and more!]

Have you filled out medical (or non-medical surveys) for money? Has it been worth your time? Have any tips to share? Breakfast burrito recipes???