Do you plan to leave a legacy for your family? What form should your children’s inheritance take?

Dr. Jim Dahle has been pondering this question for some time now, and he came up with a five point plan to set them up for success without necessarily spoiling them rotten. It can be a delicate balancing act.

Be sure to read to the end for a 2021 update, as this Saturday Selection was originally written before his business became as successful as it has in recent years.

This article originally appeared on The White Coat Investor. 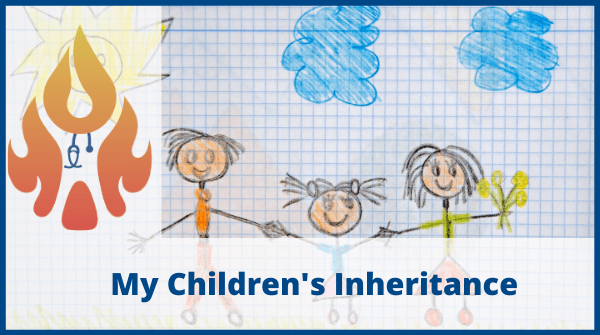 Now, I expect there will be quite a bit left when we’re dead. I’ll probably keel over in my 80s but I fully expect my wife to be a centenarian. So that means by the time she goes the kids will hopefully be retired and financially independent before they get any kind of final inheritance from us. Receiving money at ages 60-75 isn’t going to do them any good, and I’d like to actually do them some good.

Stanley and Danko in the classic personal finance book that I hope you have all read, The Millionaire Next Door, spend an entire chapter describing how wealthy people ruin their children, both morally and financially, by giving them money as adults.

I believe the data they compiled. So the key for me is to help my children without ruining them. I have spent a lot of time thinking about this, and this post demonstrates the plan so far.

My Children’s Inheritance: The Five-Point Plan

Financially speaking, I plan for my children to get their “early inheritance” in five different ways.

# 1 Give My Children Financial Knowledge

One of the very best ways I will help my children is to pass along financial knowledge. My 11-year-old has known that interest should be received, not paid, for years. She knows how a Roth IRA works. She tells her friends that she wants to either be a back surgeon or a financial advisor because she knows both of those careers make a lot of money.

She groans when I turn on Dave Ramsey, but she’s gotten the message. As we drive around town I point out to her all the businesses she owns — you know, McDonald’s, Home Depot, Lowes, Disney, Chevron, etc.

Now I’m starting with her younger siblings. I opened bank accounts for them recently and they’ve had investing accounts for years. They know that there has to be money behind checks and credit cards. I have no doubt they will be very unique among their college peers with respect to their financial knowledge. And that is totally free to pass on to them.

# 2 Contribute to Their 529 College Funds

Most well-to-do parents try to save something up for their children’s educations. In fact, I have run into many of you that are planning to save up way more than I am for college. Part of that comes from the fact that my wife and I attended very inexpensive undergraduate and graduate schools. Part of it is the fact that I don’t intend to pay for their entire educations. As I’ve written before, I expect them to contribute in a number of ways:

They also will benefit from an education fund provided by their great grandparents. Like the money I am saving up for them, that fund won’t completely cover their education, especially if they go to graduate or professional school.

But combined with what I will have saved up, and what they contribute, my goal is to get them out of their undergraduate educations completely debt-free, and if desired, through their graduate/professional educations with a manageable amount of debt.

The fund I am saving up for them is in the Utah 529 Plan, the UESP. It’s a great plan, with low expenses, a state tax credit for residents like me, and both Vanguard and DFA funds. I invest the money in a very aggressive asset allocation-100% stock (50% international and 50% small value) for reasons I discussed here.

Although I jump-started the infant’s fund with $10K, I generally only contribute enough to get the maximum tax credit each year, about $4K per child. Obviously, that’s not going to be $250K a piece when they hit college age, even starting early as we did.

In my opinion, the most useful time in life to receive an inheritance is in your 20s. That’s when you have precious little earning power, zero net worth (at best), and tons of expenses. Everybody thinks of college, but there are also summers in Europe, missionary work, a first car, a down payment, a wedding, and a honeymoon.

For the professional student, there might be nearly a decade spent without a significant income. So we have decided to save up some money for this important decade to help our children. Not only will this fund provide them some unique opportunities and help them not start out life heavily in debt, but it will allow them to make decisions from a different perspective than I had to.

For example, I was donating plasma in college in order to get by. When we were engaged and planning to get married just before my MSI year, I was sick of being poor and did not want to drag my wife through the existence I had been enduring for the previous several years. I’m sure that factored heavily into my decision to sign-up with the military for medical school.

Now, I like to think that wasn’t my primary motivation. Certainly, I had some motivation to serve my country. I was definitely looking for an adventure (which I never really found to be honest in an environment where we weren’t allowed to leave a base in rural Chile for “security reasons.”)

However, there’s no doubt the idea of someone just handing me $920 a month throughout medical school AND covering tuition, books, and fees was very attractive given that I had been living on $5000 a year up until that time.

It would have been nice to have been a little bit more financially secure in my 20s. I think I would have made some decisions a little bit differently, and hopefully for the better. Granted, there is a fine line between Economic Outpatient Care and financial security, but I don’t think our kids need to feel quite the pinch I felt in order to be financially successful. 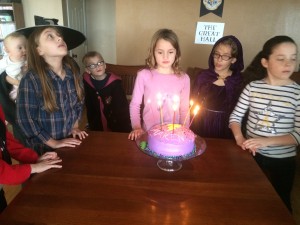 Only 8 and a millionaire in training

This money is invested in a UTMA/UGMA account. Also 100% in stocks. I’ve only started it for the eldest but hopefully will get the others started in the next year or so. How much money will be in this account? At least $10K and certainly less than $50K.

That won’t cover a ton, but it will cover some things. UTMA/UGMA accounts, unlike 529s, become theirs as soon as they turn 18 (21 in some states.) So if they decide to blow it all on heroin, there won’t be anything I can do about it.

Every dollar my kids earn as children and teenagers goes into a Roth IRA thanks to the “daddy match.” What’s a daddy match? That means the money (babysitting, mowing lawns, teen summer jobs etc.) they earn goes into the Roth IRA and I give them an amount equal to it to spend on whatever they like.

That does mean we’ve got to deal with the hassle of their tax returns, but it’s totally worth it (and kids can earn a ton without paying much tax at all.) Besides, it gives them a chance to learn all about the tax code.

In fact, all of my children are employed by this website. You see those photos of them all over the site? You think they’re giving me their time and images for free? Heck no. The going rate for child models is $100 an hour. That’s $100 I don’t pay taxes on, $100 they don’t pay taxes on, and $100 that can go into a Roth IRA and compound for the next 6-8 decades (double that if properly stretched.)

I just see a Roth IRA as too good of a deal to pass up. I don’t know how much money we will get into their Roth IRAs before they hit age 18, but even if it is only $10K, if it grows at 5% real for 50 years it will be worth $114K. And the lessons of investing from the very beginning are worth even more.

# 5 Encourage Them to Own A Business

Now, this one I can’t say I’ve actually started for any of them yet. But imagine with me if you will a child whose college fund doesn’t consist of a fund invested in stocks, bonds, or CDs. Instead, it is a business.

Imagine graduating from high school with a business that pays you $5K, $10K, perhaps even $50K a year of passive income. Maybe it is a rental property. Maybe it is a website. I don’t know. But what better way to “teach a person to fish” than to have a kid learn how to run a business in middle and high school?

There is no reason someone can’t be a high-income professional (or an artist, or a teacher, or whatever) AND an entrepreneur on the side. I hope to plant those entrepreneurial seeds early in my children. Stay tuned for further details on this one.

Well, that’s my plan. It’s still a little rough around the edges, and it is likely to see some significant changes in the future. But better to have any plan than no plan at all.

[Editor’s Update: It’s been a few years since this post was originally written so here’s an update. We’re doing great with # 1. As near as I can tell, my kids are among the most financially literate of their peers.

We’re also way ahead on # 2. As our income increased, we are also increasing how much we’re saving for school for the kids. It still won’t be $250K, but given the average cost of the universities in Utah, $250K could cover both tuition and living expense for undergrad and med school.

# 3 is also a check. These are funded but we still add money there occasionally.

# 4 The Roth IRAs continue to grow with every dollar they make from WCI and any other paid work they do.

# 5 No luck here yet, other than some lemonade stands, but the eldest did manage to hold down a job this summer, so there were lots of lessons to learn from that. ]

What do you think? Do you plan to give your kids an “early inheritance?” How and why? If not, why not? What are you doing? Comment below!

2 thoughts on “The WCI Children’s Inheritance: A Five Point Plan”