We Were Promised Death Panels

The day was progressing swimmingly until the charge nurse announced we had an emergent exploratory laparotomy. These things happen; often there’s free air in the abdomen from a ruptured ulcer or diverticulum. Sometimes an ex lap is necessary after trauma or a particularly nasty infection. We’re prepared to handle them.

“Where is the patient?” I inquired. “On the way down from ICU. The surgeon’s on his way in,” I was told. Hmmm… they usually come from the E.D. This may not be typical.

I look up the elderly woman’s medical record on the computer. Two days post-op. Ischemic bowel. Septic shock. Multi-system organ failure. Two pressors at maximum doses. This is not typical, at least not for our community hospital.

The patient rolls in with two nurses. “We haven’t been able to get a blood pressure or pulse oximeter reading, but she was speaking a few minutes ago.” She’s turning a bluer shade of pale despite 100% oxygen delivered via a non-rebreather mask.

We proceed swiftly to the operating room. “Is she full code?” I ask. “Yes. We’ve been trying to contact family all morning, but we haven’t gotten ahold of anyone.” OK. Ketamine, succ, tube. We hang a third pressor.

Incision. We have a blood pressure, 56/29. More pressors. I place a 20 gauge catheter where the radial artery should be pulsating. Success. I take a few deep breaths.

The skilled surgeon discovers a belly full of dead bowel. We titrate our medications to obtain a blood pressure of 90/50. Most of the offending intestine is removed, leaving a short segment of dusky small bowel to allow any abdominal contents to escape via an ostomy.

The patient is returned to the ICU with a breathing tube in place, but with better numbers and better color than she had an hour earlier. With some serious teamwork, we did what was necessary. It was not easy, and I relied on our nurses, nurse anesthetist, surgeon, scrub tech, and others to contribute and help me keep her alive. We did a great job.

Hours later, family convened, and the reality of the situation was presented. Her condition was more or less incompatible with life, and she wouldn’t have a heartbeat if not for earlier and ongoing Herculean efforts. The family chose to withdraw care, and she passed away shortly thereafter.

Scenarios like this are played out in hospitals across our nation every day. Too often, we neglect to think about what we want the end of our lives to look like. It’s easier not to think about it, and not to plan for it.

As a result, we healthcare providers frequently do “everything possible” to sustain life for patients with dismal odds of survival, let alone any sort of meaningful life if the patient does indeed survive.

Spending skyrockets in the final year of life. Analyses of Medicare patients shows spending of $40,000 to $50,000 on medical costs in the last 12 months, a six to seven-fold increase over average years.

The term “death panel” is the opposite of a euphemism, a cacophemism used to portray a sane way of addressing end-of-life issues in a negative light. The term was coined in 2009 by Sarah Palin as a strategy to create public outcry against the Affordable Care Act (ACA).

The actual legislation targeted was HR 3200, a bi-partisan bill cosponsored by a cardiovascular surgeon, Charles Boustany, MD, that would provide reimbursement for physicians to discuss advanced directives, living wills, and other end-of-life issues. The bill, supported by the AMA, AARP, and others, was inserted into the ACA, subsequently removed due to the “death panel” controversy, and eventually died an undignified death of its own. 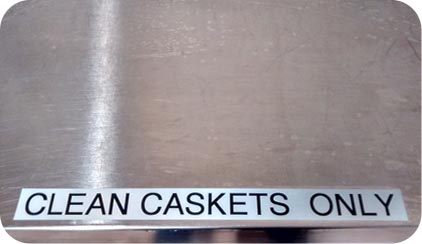 While we may not need death panels, and we certainly don’t need care rationed by governmental bodies as the term suggests, we could certainly benefit from further discussion and consideration of what we want done to our bodies when we are facing near-certain mortality.

As a society, we should recognize the importance of having a plan in place, and as physicians, we need to help our patients face these uncomfortable questions before the answers become necessary. Consult with your own physician; my wife and I have expressed our own wishes in a Five Wishes document.

If you haven’t read How Doctors Die, it’s a worthwhile read about how a handful of doctors choose to live their final months and days. In contrast, a new study highlighted in this recent Doximity article, shows that we die a lot like everyone else, despite our knowledge and best intentions.

When we fail to address end-of-life issues, we rob people of the ability to die with dignity. The woman we “saved” if only for a few hours, was speaking before she was rushed to the operating room.

I didn’t hear those words uttered to the nursing staff, but they should have been spoken to her loved ones. She should have been able to say goodbye and hear what her siblings and children had to say before drifting away to what comes next. If the appropriate discussions and decisions had taken place, she may have had that opportunity.

We did what we had to do for her; I wish we could have done less.

[Note: A version of this article first appeared @ The Doctor Weighs In]

21 thoughts on “We Were Promised Death Panels”