Have you ever given the flight attendants your undivided attention during the pre-flight safety briefing shortly before takeoff? No? Me neither.

I have overheard them while paging through the in-flight magazine and contemplating my beverage options, though, and I’ve noticed they always tell you to locate the nearest emergency exit. Pro tip: it may be behind you.

The reasons I don’t pay all that much attention are twofold. One, I’ve seen the routine more than a few times. Two, the odds of me actually needing to exit through the nearest escape hatch seem awfully slim.

I think the same is true of early-career physicians when they hear someone talk about saving, investing, and financial independence. They’re doing just fine, thank you, and why would they need to locate the exits to such an amazing career?

Ten or twenty years later, they might feel differently, as their career trajectory experiences unexpected and wild turbulence. At that point, they’ll be wishing they had paid attention earlier in their careers.

Are you looking for an escape hatch? Dr. James Turner is here to help you find one.

This post was originally published on The Physician Philosopher.

Financial Independence is the Escape Hatch

In the 1970s, the aviation industry had a culture problem. The pilot was an autocratic and authoritative figure, often viewed like God. What the pilot said was the law, and it was not to be questioned. Unfortunately, this problem often led to airline accidents.

In March of 1977, two 747’s collided on a runway. The accident would kill 583 people on the island of Tenerife. All because of a culture problem caused by a captain trying to avoid a duty-hours violation.

After this tragic loss, the aviation industry would be forever changed. Investigators realized that the culture must be improved. Systematic solutions (e.g. Crew Resource Management) would need to be installed. These changes are what make flying safe today.

It is time for medicine to learn many of these same lessons. The culture must change, but until it does we must also utilize the only escape hatch we often have – Financial Independence.

I was previously interviewed on the White Coat Investor podcast, and Jim asked me a couple of questions that got me thinking. First, he asked if burnout is caused by systematic or individual problems (i.e. is the system burning doctors out or are doctors experiencing burnout because they aren’t resilient enough).

I explained that I thought physician burnout was unequivocally a systematic problem. Some like the better term moral injury, though that hasn’t quite made it into colloquial language yet. Regardless, victim-blaming the burned-out doctor is not the answer.

Surveys show that there are many causes to burnout, but they have a common theme – doctors are losing autonomy.

They have lost the autonomy to treat patients. Insurance companies fight back and steal that right. Physicians no longer have autonomy over their time. Administrators have stolen the schedule as they demand we cram patients into 10-15 minute visits.

Doctors have lost the autonomy to document their medical care. Instead, we now have electronic medical records, which are really just glorified billing machines masquerading as “patient care” tools.

Of course, there are other problems, too. Physicians feel undervalued, and over worked. We are starting to learn that the hospital will not love us back.

All of this has led to epidemic rates of burnout where 40-50% of physicians are experiencing the fall out. And this doesn’t even touch the physician suicide problem we also have. 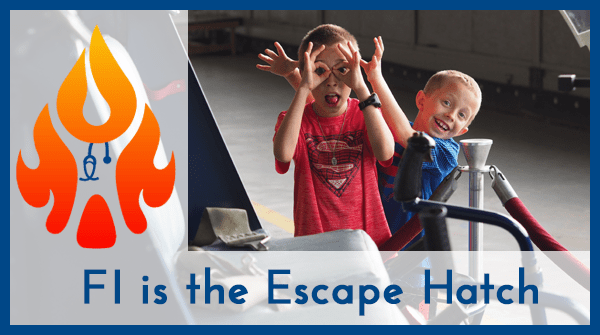 Burnout is not an individual problem. It is caused by a broken system.

Yet, most of the currently proposed solutions do not address the system. Actually, the “solutions” suggest that the problem is caused by doctors who are not resilient enough. We are told to meditate/pray, practice mindfulness, seek resilience training, and to go to counseling.

While these techniques may provide some benefit, they are not the solution. Changing the system would be complicated, but its the only solution that will actually work.

In fact, this is why ZDoggMD says that “burnout” is not the right term. Instead, he says that we should use the term “moral injury” (here is a powerful video where he explains the moral injury concept). Moral injury avoids the victim shaming. It implies that the system injured the doctor. The doctor did not injure themselves.

While he is right, this is a systematic problem that requires systematic solutions… we can’t wait for the system to fix itself.

This is why the physician burnout problem requires an escape hatch.

FIRE is NOT the Answer

I mentioned above that Jim asked me a couple of interesting questions in the WCI podcast interview. The follow-up question (to whether burnout is a systematic or individual problem) was whether FIRE was the solution to the problem.

I answered Jim with an emphatic, “No”. You may have noticed that I rarely talk about early retirement on my blog. And that is unlikely to change.

While I have no problem with physicians who retire early (in fact, I’ve been known to defend doctors who want to retire early), as a young academic anesthesiologist it is not my goal to deplete our country of its doctors. I want to free them to practice medicine because they want to, and not because they have to.

FIRE is not the best solution; particularly, early in your career. Regardless of how big of a saver you are, FIRE is 10-12 years away for early career doctors facing burnout. Focusing on this might cause more problems than solutions.

[Those who don’t venture very far into the physician finance space may not know that FIRE is an acronym that stands for Financial Independence Retire Early. If you are looking for THE leader in this space, I recommend starting with this post on Physician on FIRE.]

[PoF: I realize that you’re probably familiar with the term since you’re here and all, but that was such a nice compliment, I decided to leave it in. Thanks, James!]

Financial Independence is an Escape Hatch

While FIRE may not be the answer, a focus on financial independence (FI) can often provide the escape hatch we are looking for. It is our way out from this crashing and burning plane that is medicine.

As we approach the point where we are no longer dependent on our paycheck, we find freedom.

It provides the freedom to speak up. To fix this moral injury problem we have on our hands. We no longer have to worry about losing our jobs or the ramifications of standing up for the right thing. [I find it sad that I need to say that freedom allows us “to do the right thing,” but it’s true].

Imagine a world where we feel empowered to say, “Enough is enough!” Where we say “no” to 10-15 minute patient visits. No to those RVU goals, publication expectations, and the need to make the bean counters happy.

What if you could spend as much (or as little) time at work as you wanted. What if we instituted a Hell Yes policy where we said no to everything unless it made us say “Hell, yes!”

Ever dream of having a three or four day weekend every week? That’s possible with financial independence. You want to work one week per month doing mission work while you travel the other three weeks?

Financial Independence makes this all possible.

The collision of two planes on Tenerife led to big changes in the airline industry. I’d like to say that it won’t take as devestating of an outcome to fix medicine, but that just doesn’t seem true.

In a field where women physicians are 130% more likely to commit suicide (and male physicians are 40% more likely) than the general public, we already have a big problem on our hands. Our plane is currently crashing to the ground. It’s just that the “powers that be” are not noticing.

This is why we must take matters into our own hands.

Today is the day for you to fight burnout with financial independence. Create a plan, and get on a path that will allow you to practice medicine because you want to. Not because you have to.

What do you think? Is burnout a systematic or individual problem? Is FIRE a reliable solution? Leave a comment.

4 thoughts on “Financial Independence is the Escape Hatch”