With the usual tax day that normally occurs in mid-April coming up, it’s a great time to remind your wage-earning self that taxes most likely won’t always be so burdensome for you.

Today’s Saturday Selection is a wonderful companion piece to the 2021 update to The Taxman Leaveth in which I show a number of scenarios in which our friend Dr. B can have a no-tax retirement.

In some cases, an early retiree with a net worth in the millions can actually be “paying negative income taxes” or getting a refund despite paying nothing in. Such a couple was recently featured in this recent Sunday Best.

In order to take advantage of an opportunity like this, you want to plan well in advance and have a portfolio with adequate tax diversification. Here’s how Dr. Jim Dahle gets a couple to spend $200k without paying one penny in federal income tax. 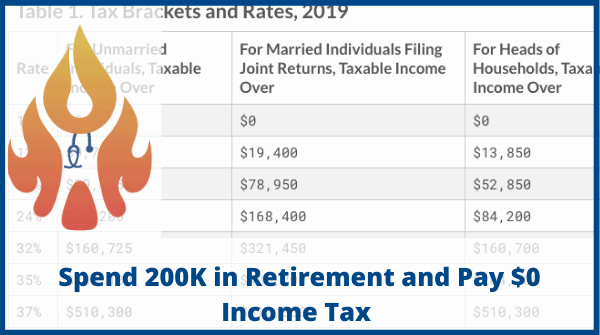 There’s a lot of fear out there about taxes. This fear is often used to sell physicians inappropriate financial products such as whole life insurance. Sometimes the fear looks like this:

Look at our government spending! There’s no way we can handle this without tax rates going way up in the future!

All that tax-deferred money? Your RMDs are going to be so huge you’re going to get killed on the taxes!

What these folks don’t tell you, however, is that for many retirees, taxes are an almost trivial expense. Let me explain, but just for fun, let’s take it to an extreme. Let’s imagine a retiree who is spending $200K a year while paying $0 in federal income tax. How can that be possible?

Well, let’s imagine a married couple, both 60 years old, with a $2 Million traditional IRA, a $500K Roth IRA, a $100K HSA, a paid for $600K house, and a $1 Million taxable account. They have no rental properties, have no pensions, and take the standard deduction. They have one kid still in college and they paid some of his tuition during this tax year. What is their tax bill? Well, it depends, but there are a number of ways to make it $0.

How to Pay Zero Tax in Retirement

Have the $1M invested completely in municipal bonds. Perhaps it spits out $30K in income and you sell another $170K of them and the basis is the value. Again, no tax due.

Take out a $200K home equity line of credit against the house. Spend it. No tax due.

Not realistic? Okay, fair enough. Those are all a little extreme, but you’re starting to see how this process works. Let’s come up with a more realistic scenario and show that the tax bill could still be zero.

Let’s say half that taxable account is invested in muni bonds paying 3%, basis about equal to value. The other half is invested in stock index funds with a yield of 2% where basis is 75% of value. Besides that tax-free interest ($15K) from the munis and those qualified dividend/long-term capital gains (LTCGs) from the stocks ($10K), they’ll need a few other sources of spending money. Let’s say they take $48K from their traditional IRA, $2K (spent on health care) from the HSA, $50K from the Roth IRA, and sell $50K of the munis and $25K of the stock index funds. How is each source of spending money taxed?

Let’s add it all up. 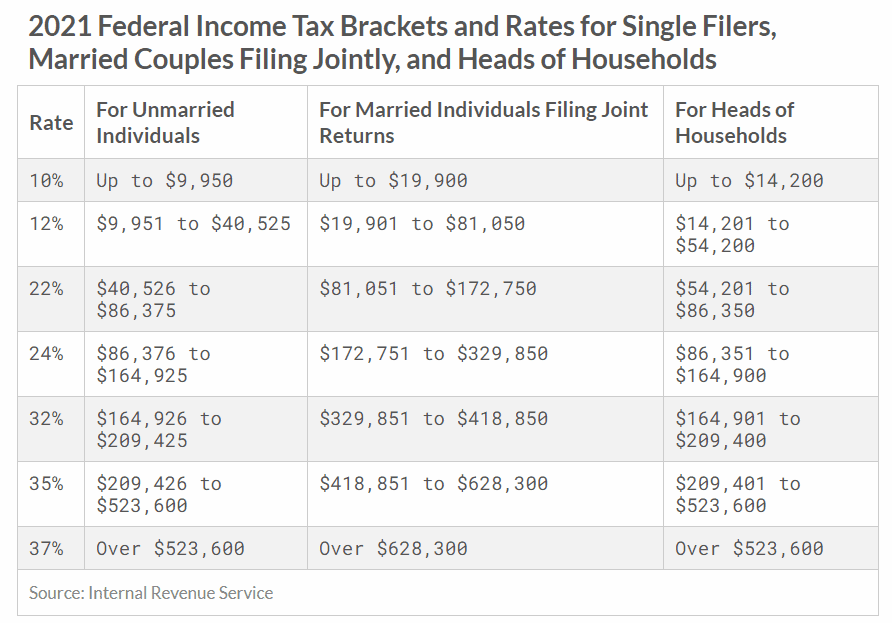 But what about those capital gains? Well, let’s take a look at those brackets:

What do you see there? Look at the middle column, first line. That’s right. 0%. That $16,250K in qualified dividends and long-term capital gains? Tax-free.

Getting to a $0 Tax Bill in Retirement

So we’re still at a tax bill of $2,350. That’s not very high, but it’s not $0 either. How can we make it zero? Remember that college kid? He doesn’t qualify for the child tax credit. That phases out at 17. But his parents did pay tuition for him. What kind of tax benefit could there be for that? The American Opportunity Tax Credit is only partially refundable and only up to $2,500 spent on tuition, books, and fees. Since they spent at least that much on Junior, that takes $2,500 off their tax bill.

$2,350 – $2,500 = a $150 refund. They got to spend $200K and owe $0 in Federal income tax. $0 in Social Security tax. $0 in Medicare tax. Probably $0 in state income tax. Sure, they’ve still got some property tax, gas tax, and sales tax to pay and those little nickel and dime fees on their cell phone bills, but compared to what this couple was paying during their working years? Not even close. Notice this didn’t require any fancy, schmancy tax techniques. There’s no home equity loan or margin account. No whole life insurance policy or annuity. Just boring old mutual funds inside the usual investing accounts we talk about all the time around here.

Isn’t it amazing what an understanding of the tax code plus the use of tax-protected accounts can do! Note that this isn’t necessarily how the couple should manage their money. Honestly, they should probably be paying more in taxes now voluntarily in order to pay less later by doing Roth conversions and spending tax-deferred money instead of Roth money. They should also probably be using taxable bonds instead of muni bonds given their tax bracket, but I just wanted to show you what is possible.

How to Minimize Retirement Taxes While Drawing Social Security

This 60-year-old couple didn’t qualify for Social Security, but what if we turned the clock ahead a decade. Now they’re 70, junior is a couple of years out of his own residency, they’re required to start taking RMDs, and they’re collecting $30K a year in Social Security benefits. How does the income stack up now?

Social Security is paying them $30K, 85% of which is taxable as ordinary income.

Those munis are still kicking out $15K a year in tax-free income and the index funds are kicking out $10K/year of qualified dividends. They’re paying their Medicare premiums out of the HSA and between that and their health care expenses, they pulled out $8K from the HSA this year. That leaves $65K to come from somewhere. Let’s say they sell $30K of the muni bonds and withdraw $35K from the Roth IRA. How is all that taxed?

Only Thing We Have to Fear Is Fear Itself 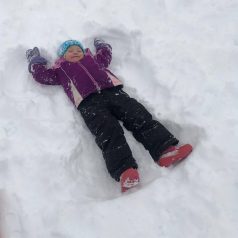 No fear here. She knows the proceeds from this picture are going straight to her Roth IRA.

Don’t let anybody scare you into doing something stupid with your investments with the implications of rising taxes, being in higher brackets, or required minimum distributions. You’ll probably be paying something in taxes during your retirement, but it will likely be less money than you paid in taxes as a resident. Max out your tax-protected accounts, especially the tax-deferred ones during your peak earnings years and the tax-free ones in other years. Do Backdoor Roth IRAs. Invest in an HSA if you use a high deductible health plan (HDHP). Invest in a tax-efficient way in your taxable accounts. Be smart how you withdraw from the accounts and you’ll be fine without any sort of extreme solution.

Did you know that you could spend that much in retirement without paying any taxes? What do you know about taxes? Comment below.