Let’s talk about physician work-life balance, or should I say, the frequent lack thereof.

This is something that I struggled with for years. Early in my career, I intentionally tipped the scales towards work, as it paid well, and I had debts to pay.

Later on, when I was debt-free and realized that time was more valuable to me than more money, I tipped the scales more in my favor by first going part-time and later retiring from medicine completely.

This post discussing physicians’ feelings on work-life balance and the gender inequities that exist originally appeared on Physician Sense, and was written by Jonathan Ford Hughes. 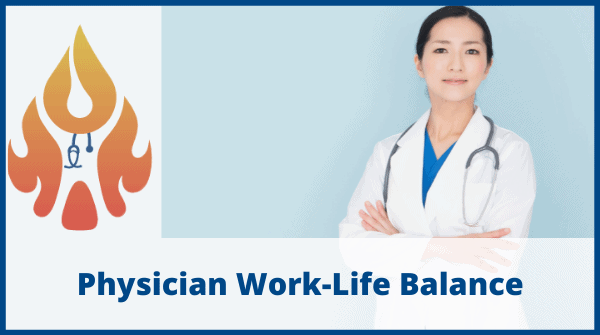 Experience shows us that there are a few sure-fire ways to get a doctor talking. One, ask for their opinion on EHRs. Two, ask for their ideas on how to improve the healthcare system. And three, ask them to tell you a crazy patient story. But if you want to make a doctor clam up, a new study suggests that you should ask them about work-life balance.

A JAMA Network Open Research Letter, published in December 2020, showed that physicians experience “work-family tensions and challenges related to communication.” This likely comes as no surprise to you. But what’s interesting is the scope of the problem and the remote chance of its solution. “All respondents indicated that they were not comfortable discussing work-life integration issues with their leadership,” the researchers wrote.

For this Research Letter, the researchers queried the entire physician faculty at the University of Michigan Medical School, Ann Arbor. Slightly more than half (1,085) doctors completed the survey. Nearly 89% said they were parents, and about 58% said they were female.

The last two demographics are of interest because the survey looked at gender inequity, as it pertains to career advancement and work-life balance, as well as how parenthood affects career trajectory. Those who said they were parents also were asked to elucidate how parenthood affected their service, scholarship, and leadership opportunities.

Perhaps the most interesting data point is the response to this statement: “Female physicians who have children fall behind in the promotion process.” Female doctors rated this slightly over 4 and the men, about 3.5.

“Effective approaches for gender parity should include engaged leadership,” the researchers wrote.

Male and female physicians were flat on one important segment of the survey. When asked to rate, “I feel comfortable discussing work-life interaction with my division leadership,” the male doctors offered an average score of 3.5 and the females a score of slightly less.

“The disruptions introduced by the pandemic present an opportunity for those in leadership to play a role in improving institutional culture by acknowledging and supporting parenting challenges,” the researchers wrote.

This survey also revealed some striking gender disparities in career advancement. The data showed that among the 953 parents, women were more likely to “have turned down a project,” due to parenting commitments. Fifty-three percent of women said this happened to them, and so did 43% of men.

Some other standout points on gender inequality:

“Work-home conflicts are a strong contributor to physician burnout,” researchers wrote. “Now is a propitious time to evaluate how recent changes, such as virtual conferences and meetings, can be maintained to better support physicians juggling family responsibilities. These unprecedented times provide an opportunity for academic institutions to address systems barriers for parents and especially for women.”

What do you think? Do you agree there is a lack of communication between physicians and their employers about work-life balance? Have you seen gender inequality take place in your work? Comment below.