Each year, I update this Social Security article, gauging my progress and potential future benefit as I approach the second bend point. We’ll get to what that means shortly, but I’m happy to report that I’m one year away from reaching that hump. The figures and data that follows have been updated for 2021, and the Social Security projection spreadsheet, which you can download for free, has been updated with all new indexing factors.

Note that the results are your projected benefit in today’s dollars (present value). Your future benefit will rise with inflation each year, preserving your spending power.

If the calculator suggests you’ll have a monthly benefit of $2,000 and your 2 to 3 decades away from collecting, you can assume your benefit by then will roughly double in number, assuming inflation averages something near the historical rate of around 3%. Social Security is something we aspiring retirees don’t spend much time talking about.

While we may notice how much we kick in ($17,707.20 for me as a self-employed individual in 2021), those of us planning to retire early tend to largely ignore it when calculating safe withdrawal rates and our annual cashflow. If we mention it all, it’s usually with an asterisk because the payday is so far off and somewhat uncertain.

In all likelihood, some money will be there for us. The calculations may be different than they are today, but that’s true anytime we make projections based on current tax code, and that’s something we do a lot.

Based on the latest annual report from the Social Security Board of Trustees, the program is fully funded through 2034, and three quarters funded for the long term with many options to address the long term shortfall. Politics will play a role in deciding if that means decreased benefits, an older age at which they’re available, or an increase in the amount of salary subject to Social Security tax.

While we don’t know which way it will go, and it’s quite alright to plan as if it doesn’t exist (better safe than sorry), the reality is that Social Security will quite likely be a benefit to many of us in the latter portion of our early retirement.

You may be retired and living without it for a decade or two (or even three), but I expect there will be something to collect when you’re in your sixties (or age 70 or even higher if the rules change).

There are some retirees, though, who should not plan on Social Security income.

If you earned your money outside the U.S. and did not pay into the system, you’re out. If you failed to earn income for 10 years (40 three-month quarters of at least an inflation-adjusted $1,470 income (in 2021 dollars)), you’re not eligible. However, non-qualifying spouses married to someone who qualifies for Social Security can receive half their spouse’s benefit if taken at full retirement age (FRA).

Some government employees participate in an alternative pension system, but do not contribute to Social Security. Without those 40 quarters of contributions, there will be no Social Security benefit.

If you are considering an early retirement, I would strongly encourage you to aim for at least ten years of contributions to the Social Security system. Note that these don’t all necessarily have to be completed prior to pulling the FIRE trigger.

If you don’t have your ten years or 40 quarters in before retiring from your primary profession, you should plan on having at least some reportable income whether from a hobby job or self-employment of some kind until you’ve hit your 40 eligible quarters.

What are these bend points? They’re the two points at which you receive diminishing returns in your monthly benefit once you’ve earned a certain amount of money.

The money you’ve contributed over the years is used to calculate your Average Indexed Monthly Earnings (AIME). It’s an inflation-adjusted average of your monthly earnings over your most lucrative 35 years. If you work and contribute for fewer than 35 years, zeroes fill in the blanks.

I’ll have a calculator for your AIME below, but essentially it’s your total inflation-adjusted earnings divided by 420.

What’s the significance of 420? In this case, it’s simply the number of months in 35 years. AIME is important in determining your monthly benefit when taking Social Security at full retirement age.

For visual learners, let’s use my middle finger as an example. We might as well throw in a couple of joints to accompany all of this 420 talk.

Clearly, building up your AIME to the first bend point at $996 is worthwhile. For every dollar contributed up to an AIME of $996, you’ll get 90 cents per month when you take Social Security at full retirement age (67 for those of us born after 1959). If you’re earning enough ($142,800 or more in 2021) to contribute the max to Social Security, you’ll hit the first bend point in a few short years.

Once your Average Indexed Monthly Earnings reach the second bend point at $6,002, you’ll only receive 15 cents per dollar of AIME beyond that. Additional earnings give you vastly diminished returns at this level of AIME. And if you ever have 35 years of maximum contributions, there’s nothing you can do to increase your eventual benefit.

Every time I create a new calculator, I learn some new spreadsheet tricks. This was perhaps the most labor-intensive one I’ve made thus far, but I think you’ll love it.

I’ve entered my information in the white boxes, copied and pasted directly from the ssa.gov website. You can sign in or create an account here to access a lifetime record of your earnings. You can also find out what your anticipated monthly benefit (known as Primary Insurance Amount or PIA) will be if you continue to work at your current pace until age 67.

However, if you’re reading this site that focuses on early retirement, there’s a good chance you won’t be working until age 67.

I’ve created a calculator that will tell you whether or not you’ve reached the first and second bend point and will estimate your monthly benefit if you were to stop contributing now.

This calculator is accurate for those of us born after 1960. The benefits will be slightly higher for our friends born before JFK became president — see this table for adjustments here.

These are my numbers below. I had some grocery store and self-employment income before I started making “big money” as a resident in 2002.

From 2006 to 2021, I’ve earned and contributed the max to Social Security for 16 years of maximum earnings.

Just 19 more years of making max contributions, and I can collect the biggest check possible! However, as I’m getting awfully close to that second bend point, my future benefit won’t increase all that much for any contributions I make beyond 2022.

As you can see, with an AIME of $5,766, I’ve easily surpassed the first bend point, and I’m about $240 from the second bend point that currently exists at $6,002. One more year with a maximum Social Security Contribution in 2022 ought to get me past that second bend point.

Since I’ve been tracking this for a few years now, I’ve noticed how that second bend point increases with inflation each year. Also, the credit from prior years’ work becomes more valuable as the index factors for all past years are increased.

Meanwhile, my personal AIME based on my earnings history has increased from $3,986 to $5,766, an increase of $1,780. That growth has come from a combination of replacing $0 earning years with maximum earning years and from the index factors for prior years growing larger each year.

When I update this post for 2022, I expect to be celebrating the fact that I’ve surpassed the second bend point and lamenting the fact that additional earnings won’t do all that much to increase my future benefit.

Note that the primary purpose of this calculator is to show you if you’ve reached the bend points and how close you are if you haven’t. The estimate of the future benefit assumes that the program remains unchanged between now and the time you start collecting.

For early retirees, that’s probably many years off and the likelihood is that there will be changes in the interim, but it doesn’t hurt to see what would happen if the program were to remain more or less the same.

I’ve created a page for you to enter your own numbers here on the 2021 Social Security Calculator, although it may be easier to simply download the calculator. If you’re not a subscriber, sign up and you’ll receive a link to download. You can opt out any time.

Feel free to play around with the numbers.

Our Plan for Social Security

Taking Social Security as soon as it’s available at age 62 results in a 30% penalty. I don’t like 30% penalties. That’s out.

At full retirement age, I get 100% of my calculated benefit. But each year that I hold off nets me an additional 8% per month for life. Unless I find myself in poor health, the smart money’s on the most money. I plan to delay my benefit until age 70.

Currently, doing so would give me nearly $35,800 a year, but if I were to reach that second bend point with one more maximum contribution, I’m looking at a benefit of nearly $36,900 a year (in 2021 dollars).

The max I could receive from an additional 18 years of work beyond that is about $49,900 per year according to the government website.

That’s a gain of about $720 more per year in Social Security payments for each additional year worked, assuming the maximum contribution. You’ve heard of golden handcuffs; these are papier-mâché handcuffs. Know your bend points!

My wife has done a lot of hard work, but most of it has gone unrecognized by the Social Security Administration. Obviously, the SSA has never had to clean up after me or my kids. But not all hope is lost. 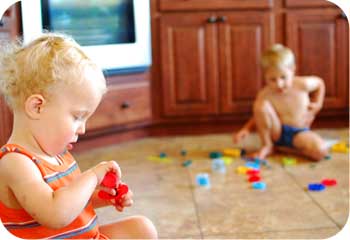 As mentioned earlier, if she doesn’t qualify with 40 quarters, or if her benefit would be less than half of mine, she can file for Social Security at full retirement age (67) and receive half of my FRA benefit as long as I’m still alive,  and she would receive my full benefit if I happen to leave this world before her.

Note that she won’t receive half of the benefit I can take at age 70, but rather half of the amount I would have gotten if I had started collecting at age 67, my full retirement age. That works out to be about 40% of my age 70 benefit.

Mike has also put together a calculator to help you determine an optimal strategy for filing for Social Security benefits as a couple. First, determine your Primary Insurance Amount (PIA) using the spreadsheet, which is the monthly benefit at full retirement age (67 for most readers). My PIA, as you can see, is $2,405.

Mr. Piper’s Open Social Security calculator recommends that I file at age 70 and that my wife files early at age 65 and 10 months. Doing so would give us $48,800 a year while we’re both alive (more than half of our typical annual spending), and that would be cut to $35,800 (my benefit) when one of us passes away.

He calculates the present value lifetime benefit of this strategy (based on actuarial tables) to be $975,020, on average. If my wife waits another 14 months to start collecting when she turns 67, her benefit will be higher, but the calculator figures the chances of me dying prematurely outweighs the extra $1,400 per year we could receive together.

How will Social Security change between now and my 70th birthday in 2045? I have no idea, but I’ll be sure to track any changes. It’s too much money to simply ignore.

What’s your plan for Social Security? Have you passed the first bend point? The second? Let us know below!