With ten years of real-world experience as a physician anesthesiologist, there are a few things I wish I would have known as a young buck just starting out.

Presenting, The Top 5 Things I’d Tell My Younger Self

There’s a reason really nice homes are called “dream homes.” We long to own one someday. We can’t wait to be able to afford the home we’ve dreamed of for years. When you sign your first contract as a physician, the dream home can be yours.

Hindsight is 20 / 20 in this case, but I am one of many young physicians who made the mistake of building or buying too much home too soon.

Renting is not “throwing money away,” but that is a common misconception. While you don’t have to be a renter for life like Jim Collins or Jeremy, you’re not obligated to sign up for a mortgage two or three times your salary as soon as you can afford it.

You can buy a house. But wait until you’re settled and satisfied in your first job. Wait until you’ve made partner. Wait until you know the neighborhoods, the schools, and the local real estate market. Take your time. There will always be homes for sale. Even dream homes. 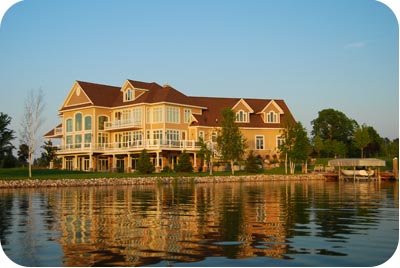 For the first five years of my career, I was paid as an independent contractor, with a daily and sometimes hourly rate. Such an arrangement presents as a bit of a double-edged sword. On one hand, I was rewarded for every day worked, and long days often meant extra pay.

On the other hand, a day off was a day without pay. I found myself refusing to take a day off here and there. I’d ask the question, “Would I pay X number of dollars for a day off?” Of course not.

Less than a year after I finished residency, Bogleheads.org was created and populated by members of the Morningstar Vanguard Diehards forum. If I would have discovered the site back then, I would have been off to a very advantageous head start in my personal finance knowledge.

Fortunately, thanks to books like The Only Investment Guide You’ll Ever Need, I avoided most of the major investing mistakes that are common among young professionals.

By the time I discovered Bogleheads, and really got my financial house in order, the site had been around for six or seven years. On the plus side, there was now a wealth of information, and most questions I could dream up had been asked and answered time and time again.

4. It’s OK to say No and “regretfully decline” invitations to serve the hospital’s administration.

I spent many hours in committee meetings on post-call days, evenings, and even weekends. How was I compensated? An occasional free meal, usually catered by the hospital cafeteria.

At the time, we were just starting a family at home, which gave me a much better place to be, but I felt I was obligated to say Yes when asked to serve. I was relieved of all my duties when the hospital was facing bankruptcy, and ultimately shut down. My involvement with the Board led to some future unpleasantness that included being personally sued for millions of dollars. 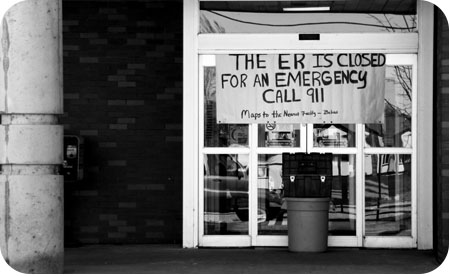 If I could go back to advise my younger self, I would recommend channeling my inner Nancy Reagan to Just Say No.

5. Buy AAPL. And the Giants will upset the undefeated Patriots.

It’s easy to look back at past performance with a woulda, coulda, shoulda. Seeing outsized gains and upset picks makes you wonder What If?

It would be tempting to give myself some hot stock tips or slip myself a Sports Almanac a la Marty McFly. Of course, that would give me a ridiculously unfair advantage. I might as just give my younger Self the winning powerball numbers.

Then again, lottery winners don’t end up all that happy, and even without the almanac I find myself in a rather enviable position 10 years later by taking the returns the market has given me. I won’t need to find a shortcut to financial independence. I can blaze my own trail.

If you could time travel back to the beginning of your career, what one thing would you tell your younger Self?