I’ve got a great one for you today. The White Coat Investor gives you lots and lots of reasons to party as you advance in your career surpassing one financial milestone after another.

If I had celebrated this often, I’m not sure I’d actually be financially independent, but one can certainly celebrate without breaking the bank.

Most of these waypoints passed us by unnoticed. That’ll happen when you stumble into financial independence like we did. Where are we now? At least at #13 and probably at #14. Where are you?

14 Milestones to Celebrate on the Path to Financial Independence (and Beyond!)

One of my financial regrets is that we never got around to going out for a really fancy dinner when we became millionaires. I don’t know why, but I just wish we had done it.

I resolved afterwards to make sure we celebrated our milestones better after that. However, thanks to the success of this whole crazy WCI enterprise, we basically blew through all of our other relevant financial milestones within a year or two and now really have none left to celebrate. Kind of a letdown, really.

It’s like you spent months training for a marathon, busted your butt for the first 13 miles only to find out that you will be running the last 13 on one of those moving sidewalks in the airport. And the sidewalk is moving at 15 miles an hour. While you’re grateful, it does feel a little bit like you didn’t really earn that Boston Marathon qualifying time.

At any rate, I thought it would be fun to do a post about the typical financial milestones physicians hit. I have placed them in a specific order, but some people will hit them in a different order than the one I have listed, and that’s perfectly fine. Some may not share some of these goals or might have some other ones. I hope the list provides you some intermediate goals in the financial aspect of your life, and I hope you celebrate each of them as they are reached.

The vast majority of physicians and most other high-income professionals leave training with a negative net worth. I encourage them to live like a resident for the first 2-5 years of their career.

I remind medical students and residents all the time that they are the poorest people in the world. The “bum on the corner” is more wealthy than they are, since his net worth is zero. A net worth of -$300K is far worse than zero.

Getting back to broke, through a combination of saving, investing, paying down debt, and perhaps even home appreciation should be one of your first financial goals, and definitely one that should be celebrated. Plus, it’s one of the few on this list that you can openly brag about in real life without looking like a punk.

One of our financial goals was to buy a home. It turned out not to be a great financial move, at least the first couple of times, because we were not in a stable, long-term social or professional situation. Buying our dream/doctor house was a big goal for us, and one we worked toward for over four years, primarily saving up the 20% down payment. I think if your home buying experience was like ours (at least our third one), that you should celebrate it. 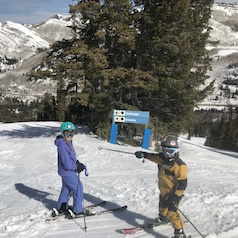 My 7 year old on his first day skiing

Here’s another big one. It was really fun to be with one of my partners at work as he paid off his student loans online. Due to some miscalculation, his last payment was 27 cents or something like that. Paying off the mortgage on your brain is an awesome financial goal. Celebrate it!

When it comes to saving and investing, the first $1K, first $10K, first $100K, and first $1M are the hardest. The second one DEFINITELY comes a lot faster.

After a while, another $100K isn’t a big deal to you, but that first one…that one should be celebrated. As a physician, I don’t know that you need to celebrate your first $1K and your first $10K, but that $100K mark requires some work. My records show we hit it just before the 2008 meltdown. No wonder we didn’t celebrate it! That was back when 401(k)s were becoming 201(k)s.

Half a million is a big deal. $500K is more than the average net worth of Americans of any age group. It should be celebrated.

This may or may not be on your list, but it was on ours. There is something cool about walking into a dealership and knowing you can buy whatever you want in there, right now, with the money in your checking account.

When the sales guy starts talking about financing you can give him a look that says, “Finance a car? Do I really look that poor?” You can celebrate this one by going on a road trip.

This is another big one. While being a millionaire in 2017 is nothing like being a millionaire in 1930, or even 1980, it is still a number that means something in our culture. Besides, the greatest reward in becoming a millionaire is not the amount of money you have. It is the kind of person you have to become. Don’t make the same mistake we did. Figure out which restaurant in your city costs the most and go eat there. [Update prior to publication: We finally went and ate at that restaurant. It was really good.] 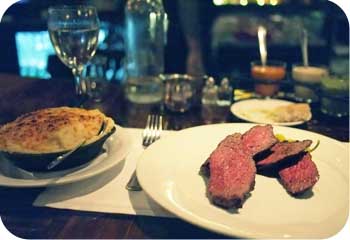 Most readers of this blog will hit this one within a year or three of # 8. Just in case you need another excuse for a celebration.

This one is a little bit subtle, but as I have written in the past, you can be done saving. Basically, if your retirement portfolio, with no new contributions but with additional compound interest at a reasonable rate, will support you from 65 until death, it’s worth a celebration.

I have heard people used to have mortgage-burning parties. It might be considered tacky now to have a big party, but that doesn’t mean you can’t celebrate it with some very close family and friends. We made a video instead.

# 12: Have Enough To Retire Now and Be Able To Cover Your Basic Needs

This is probably the first milestone that could be called financial independence. If you never work again, you can maintain your basic standard of living. You can keep a roof over your head, the lights on, clothes on your back, shoes on your feet, and food on the table.

This definition of financial independence is probably more relevant to you, unless you’re really a Frugal Freddie. This is when you can continue to spend exactly as you spend now without ever working again. That seems worth a celebration.

Like a trip to Europe or at least the Caribbean kind of celebration. And if you want…don’t bother coming back. Or you can celebrate by flipping off the boss and walking out the door if you like.

But when you get to this milestone, there is literally nothing you can spend your money on that will make you any happier. You not only understand the concept of “Enough”, but you have achieved it.Some of us would like to spend a little more on something that we think would make us happier. Maybe it’s another international trip every year. Maybe it’s a cabin up in the mountains or a lake house. Who knows?

So…where are we at? It really depends on how you treat WCI, LLC. If you ignore both its sale value and its future income, we are right at # 12. Counting it, we’ve achieved # 14.

What do you think? Which of these milestones have you passed and which ones are you still looking forward to? What other milestones would you add to the list? How have you celebrated your milestones? Comment below!

41 thoughts on “14 Milestones to Celebrate on the Path to Financial Independence (and Beyond!)”