I recently received this timely guest post that highlights options for student loan forgiveness beyond the Public Service Loan Forgiveness (PSLF) program that is popular among physicians.

Today’s author is Miranda Marquit, a respected author in the personal finance space and senior writer for Student Loan Hero. We crossed paths at FinCon last year, and I am happy to feature her writing here. Her supplied bio follows: 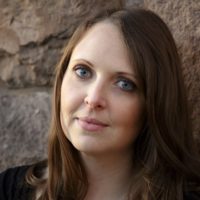 Miranda has been a financial journalist for more than 11 years and is a nationally-recognized financial expert. She has been featured in The Wall Street Journal, Business Insider, Inc., Fast Company, and other local and national publications. Miranda has also appeared on TV, radio, and podcasts to talk about money and investing issues. She regularly speaks at conferences and workshops and is an ambassador for Women’s Money Week.

I have no financial relationship with Miranda Marquit or Student Loan Hero and received no compensation for this guest post.

As you probably know from experience, paying for medical school can result in six-figure debt, impairing your ability to reach financial independence.

The average amount of medical school debt for U.S. graduates is $189,165, according to the Association of American Medical Colleges (AAMC). And that doesn’t include undergraduate debt or the cost of forbearance during your residency.

Depending on your specialty, you could owe more than the average debt, said Ryan Inman, a financial planner who specializes in wealth services for physicians. [PoF: listen to my interview with Ryan Inman on the Financial Residency Podcast.]

“I have clients with $300,000 or $400,000 in debt by the time they finish their residency,” Inman said. “Sometimes tackling that debt requires a measured approach that includes some level of loan forgiveness so they can reach their goals of financial independence or early retirement.”

If you’re looking for help with repaying your six-figure medical debt, here’s a roundup of some programs that can move you forward with your finances.

Consider income-driven repayment (IDR) instead of forbearance during your residency

In general, according to Inman, IDR results in long-term debt and higher repayment costs.

However, facing your student loan debt when you’re fresh out of medical school can be overwhelming, especially when you consider that the average salary for a first-year resident was $57,200 in 2017, according to Medscape.

Getting on an IDR plan can at least help you avoid the costs that come with forbearance during residency. Once you finish your residency, you can decide how to proceed with your student loans. Sticking with IDR after finishing your residency, though, can result in huge costs down the road.

An AAMC breakdown showed what repayment looks like under the Pay As You Earn program. Assuming $190,000 in federal loans and a three-year residency followed by 17 years on the plan, you’d end up repaying $388,000. You’d only earn $28,000 in loan forgiveness. The other IDR plans don’t fare much better in terms of overall cost.

Instead, Inman said there are strategies to avoid paying so much. These could help you reach financial independence much sooner, too.

Before we look at other forgiveness programs, let’s quickly consider PSLF. The popular program forgives qualifying debt after 120 payments — as long as you work in a qualifying job for a nonprofit or government agency. For medical school graduates, this often means spending 10 years in a lower-paying job to get tax-free forgiveness on any remaining loan balance.

“While it sounds nice, the reality is that PSLF isn’t really practical for many physicians,” said Inman. “Earning potential is high enough that after residency you can usually get a job that will help you demolish your debt faster, especially if you look to other forgiveness programs, with shorter time-based obligations, specifically aimed at medical professionals.”

For those willing to go into the military, there’s help available for paying off debt. Pay attention to service requirements before you sign up to make sure you understand what you’re agreeing to.

As a doctor in the U.S. Army, you’re accorded officer status and the privileges that come with it. Here are some of the programs offered by the Army:

The Navy also provides medical loan repayment assistance. As long as you meet service requirements, here are some programs that can be of use:

In addition to a scholarship for current medical students, the Air Force offers an assistance program for residents. If you’re in residency, you can get a grant for up to $45,000 a year, plus a living expense stipend of $2,000 a month. You’re required to serve for each year you use the program, plus one extra year.

The federal government also offers nonmilitary doctor student loan forgiveness programs. Inman pointed out that these can be desirable because commitments are usually only two or three years.

“You can get rid of a good chunk of debt through forgiveness programs in a couple years, then refinance your remaining loans to a lower rate and pay them off in a few more years, becoming financially independent a little faster,” said Inman.

Here are some of the federal medical debt repayment programs you can take advantage of:

“There are programs in almost every state,” Inman said. “Look at what’s going to work well for you, and where you want to live — or can stand to live — for a few years.” 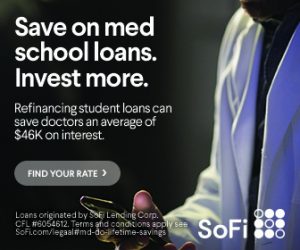 You can access state programs through the NHSC website or check the AAMC’s list of loan repayment and forgiveness programs. However, these resources don’t always list everything that’s available. Many states have their own forgiveness requirements and programs.

Consider the following states, comparing the potential awards against other loan forgiveness options. As with other medical loan forgiveness programs, Inman pointed out, you can expect to meet a minimum time requirement, as well as agree to work in an area considered to have a health care shortage or need. You might also need to practice a certain specialty. 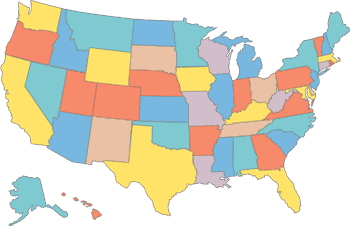 Here are the states that have loan forgiveness options for doctors, and the amounts you could potentially receive for forgiveness:

Medical school graduates have a lot of opportunities to manage their debt, Inman pointed out. Because of their high income, they’re also more likely to be able to refinance their remaining debt to lower interest rates after getting some of it forgiven.

“If you want to get to financial independence a little faster, look for a program where you can live in an area you like, get a little forgiveness for a two- or three-year commitment,” Inman said. “Then refinance the rest. You’ll pay down your student loans and build your savings that much faster.”

[PoF: Note that refinancing will take away the option to take advantage of PSLF, so be sure to rule out any possibility of pursuing PSLF before choosing to refinance. PSLF can be a great option for many physicians with above average debt, particularly those with long training programs or in specialties in which most jobs available involved working for a not-for-profit hospital or health system.

If refinancing makes the most sense, you can find current refinancing rates and cashback offers below, which are always available on my student loan resource page.]

If you’d like to receive personalized advice from a former Vanguard bond trader who has consulted on over 1,000 individual’s and couple’s student loan scenarios, or would like a second opinion, consider a consult from Travis, the Student Loan Planner. 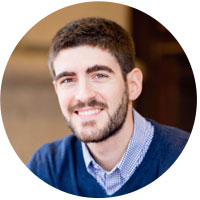 If you owe more than $100,000 in student loans and aren’t 100% sure that you’re doing everything the right way, he finds projected savings of 125 times his consulting fee on average (that one-time fee ranges from $295 to $595). That’s tens of thousands of dollars.