A number of my new online friends have asked whether I’ll be heading to Fincón in a few days. Heck, yeah… I was really excited when I heard about it. Right by the ocean, great surfing, abundant opportunities to practice my Español (dos mas cervezas, por favor). I booked my tickets right away. Rincón here we come! 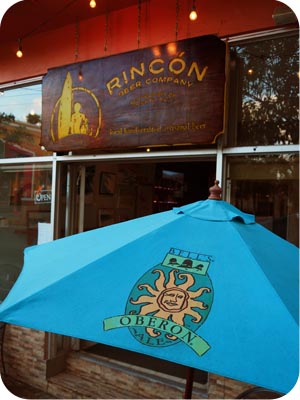 What’s that? Come again? Fin with an F? Not Rincón?

I’ve made a huge mistake.

No, I won’t be attending FinCon16, the Financial Blogger’s Conference this year, but I will put it on the calendar as soon as its announced for 2017. You see, I don’t know if I’d be welcome at this year’s conference anyway. I can almost feel the cold glares from across the expo hall. The shame for doing the unforgivable. The contempt.

Contempt for the disgraceful man who couldn’t cut the cord.

[Post-publication edit: While I didn’t attend FinCon16, I did make it to FinCon17 (and had a wonderful time as you can read here), and will be attending FinCon18, as well.]

We’re not talking umbilical cords (I’ve cut a couple of those), and the act of cutting the cord actually doesn’t involve bisecting a coaxial cable with a sharp blade like so many stock photos will have you believe. We’re talking about canceling paid television services, like cable, dish, or fiber.

Lots of you have cut the cord and lived to tell the tale.

Ditching the ever-increasing cost of television programming is one of the first tenets of frugality. Not to mention that a reduction in mindless television watching should lead to a healthier lifestyle in general.

It’s also quite possible to cut the cord and still have plenty of screen time. The alternatives to the $100 a month cable bill include dozens of services that provide some programming at a fraction of the cost. A list and comparison is beyond the scope of this blog, but the links above can get you started. I do use Amazon Prime, which gives me access to thousands of shows, movies, and more music than you could hear in a lifetime.

Some seven years ago, we ditched the typical landline phone line. Cut that cord right in two. Being a physician on call about 10 to 12 nights a month, I didn’t want to be without a backup to the cell phone, and we don’t love giving out our cell phone numbers for everything, so we kept our home number. We picked up an Ooma box, ported the number, and have kept that number to this day, despite moving to a new state twice in the interim.

Cutting that first cord has saved us $30 a month for about 84 months now. Plugging in the 11% annualized that the S&P 500 has gained in that timeframe into my handy, dandy Compound Interest Calculator tells me that I should have an extra $3800 in my pocket now from that move alone.

I’ve even cut the television cord. About three years ago, we decided to live sans paid television. It actually went alright. We didn’t miss it much. It wasn’t football season. But, in order to make our one-time dream home amenable to rental guests, we had to provide premium television. Once again, we were beholden to the dreaded two-year Dish contract.

In a move that I’m fairly certain violated their rules (I live dangerously), we used the service at the rental in the summer, and in our home the rest of the year. Now that we have sold the home, the need for the Dish has vanished. This August, our contract was up. I was ready to cut the cord once and for all. Here’s what our bill looked like, without any premium channels.

But. But. But football!

To be perfectly honest, I wasn’t 100% committed to cutting ties completely when I dialed those digits. I don’t live in an area with decent over the air reception for the networks, which makes fall weekend football viewing more challenging without paid television. I thought I might try a free month of Sling TV. At least you can get ESPN channels on that, and at least a dozen other decent channels. 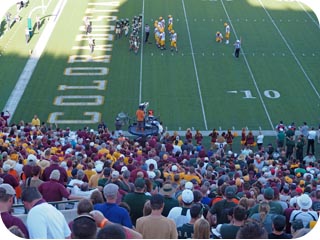 Most of my friends have $100+ per month TV packages. So do my parents, who live about a half an hour away. If I don’t have TV, maybe the ball games will be more of a social event with friends and family.

Who wouldn’t want me on their sofa, eating Cheetos and pizza and spilling beer, trying and failing to control my temper as I try with all my might to restrain myself from throwing the remote through their television and into the drywall behind it?

I wasn’t sure what the best solution might be, but I grew tired of paying $100 a month for something I use a couple times a week a few months of the year. So I made the call.

“I’m calling to cancel the Dish.”

“Can you let me fini”

“What about all those fees, you know the addons for HD, DVR, extra box?”

“After tax, $40-something something. Can I sign you up, no contract”

“Are you willing to hold for a couple minutes?”

“I was able to get that approved for the next ten months. Can I help you with anything else?”

If you’re not interested in making these phone calls, use a service like Trim or Truebill to negotiate subscription services on your behalf.

I can live with that.

So football season is here, and I’ll have a way to watch the games while paying a much more reasonable rate. I lost the B1G Ten network, but I go to a number of those games in person, and I can watch some others with friends or family with my Cheeto-powdered hands, spilled beer and all.

I hope you’ll forgive me, or at least not ostracize me. Ultimately, my cord cutting attempt, much like any attempt I’ve made to withhold my rage at the interim head coach for terrible clock management, or the defense’s unfathomable inability to recover a forced fumble, has failed. But I did cut the Dish bill by over 60%, which will save me over $600 in the next ten months. It’s not a $1,000 savings, but it’s a start.

I realize that saving $600 or $1,200 a year isn’t going to make our break our budget. I’ve been paying these bills all along and managed to become financially independent in spite of them. But if I were to take that approach with every money leak around the house, the slow leaks could build up to a steady stream. And this is a time where we’re doing our best to nail down what our annual spending is and will be going forward.

For a detailed dive into how you can cut the cord and still enjoy plenty of good content at a much, much lower cost, consider enrolling in Cable Cutting Academy, a step by step guide with 37 modules to help you get the most bang for your buck while still enjoying the shows you love.

[Another post-publication update: I officially cut the cord in June, 2017 after about six months of a $10 a month bill for a more limited channel set, which we hardly watched at all.

I am, however, strongly considering YouTube TV for the upcoming football season. At about $40 a month with local channels, ESPN channels, and the B1GTEN network, it’s probably worth it for me.]

Have you cut the cord? For those who have their cable / dish / fiber and love it, how much are you paying? Who’s paying the most?