Today’s Saturday Selection comes from The White Coat Investor. Dr. Dahle was way ahead of me in thinking about the upside associated with working less. He published this piece way back in October of 2011 when his blog was less than six months old, and back when I was doing locum tenens work with an infant at home after our home hospital went bankrupt (but before the lawsuit).

I wouldn’t discover his writing for another three-plus years, and it was only last year that I realized how great it would be to work less. Last month, I published a six-month update on my part-time gig and how that’s been going (hint: it’s been swell!).

Every factor pointed me towards part-time work, but there are some factors that could make it less rosy for you. Dr. Dahle will examine both sides of that part-time coin.

This post originally appeared on The White Coat Investor (yes, I said that already — standard disclaimer), but there’s an excellent chance you’ve never read it or have completely forgotten you ever did.

I was recently asked by a reader about how to decide when it just wasn’t worth it to work more hours.  He noted he had been cutting down on his hours due to a high marginal income tax rate.  I felt like the subject deserved a little bit of a broader treatment.

4 Factors to Determine How Many Hours to Work

Determine your own marginal utility of money.  Analyze how much you enjoy your job and your hobbies.  See if there isn’t a way you can either increase your hours or decrease your hours to get the mix just right for you.

It might mean bringing on another partner, paying other docs to take your share of call, or changing the hours the practice is open.  But be open to change.

First, the concept of marginal utility of money.  This is the point at which having more money doesn’t improve your life at all.  Working, aside from those lucky few who enjoy every minute of their jobs and have no outside hobbies because they prefer practicing medicine over every other activity, is, in the end, essentially trading your time for money.

At a certain point, you’d rather have more time off than more money.  This point is different for everyone, and different for the same person at different stages of their career, and perhaps even different seasons of the year.

I work with a group of emergency physicians that is pretty lifestyle focused.  The average doc in the group works about 100 hours a month in the ED.  Come summertime, several of them want to cut hours even further so they can spend time traveling or playing in the outdoors with their families.

Second, consider the impact of marginal tax rates on your marginal utility of money.  This is a widely misunderstood concept.  Lots of docs assume there is a point at which it isn’t worth working because Uncle Sam gets everything extra you make.  That is very rarely true.

In fact, it is even possible for a doc making $300K to have a lower marginal tax rate than one making $100K. How is that possible, you ask?  It’s possible because not all the taxes you pay on your income are progressive.

Social security taxes are regressive and Medicare taxes are flat.  When you average it all together, it turns out the curve isn’t nearly as steep as most think it is, at least once you make as much as a resident physician.

Now there’s some additional steepness added in by phase-outs that affect higher earners, but in general, this shouldn’t have a huge effect on your marginal utility of additional income.

The last factor worth examining is the concept of overhead.  Some of your overhead is variable, but most of it is fixed.  With fixed overhead, everything you make once you pay off the overhead is profit.  Taxable profit to be sure, but profit nonetheless.

Many business expenses are fixed.  Your electric bill, rent for your clinic, base salaries for staff, malpractice premiums, billing and coding expenses etc.  My malpractice carrier doesn’t care if I work 100 hours or 150 hours a month.  There isn’t a break on my premiums unless I drop below something like 75 hours a month.

Some business expenses are variable, of course.  If you’re going to work more, you’ll probably spend a little more on nursing salaries, but that’s likely a small amount compared to the fixed expenses.

Remember that business overhead isn’t the only overhead in your life.  Your personal budget has lots of “overhead” in it.  Some costs are fixed, such as your mortgage, utilities, and insurance.

Some may be variable, such as retirement contributions or charitable contributions that you might fix at a certain percentage of salary (mental accounting, of course).  But once you’ve paid off your fixed expenses, every dollar you make (at least after-tax) is yours to do with as you wish.

Flashy car, nice vacation, nice dinner out etc.  This factor, obviously, has to be weighed against the diminishing utility of additional income/wealth that we all feel as we work more.

Also, bear in mind that LOWERING your personal overhead (expenses) can dramatically lower the point at which you’d rather have more time than more money.  Once your house and student loans are paid for, you may find working 3 weekends a month isn’t exactly what you want to do for the rest of your career.

4. Determine What Will Bring You Happiness 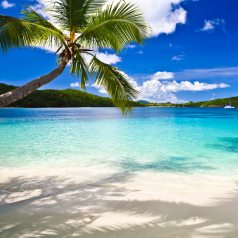 What will bring you the most happiness?

Somewhere, at the intersection of the marginal utility of money, progressive tax rates, and overhead expenses, both business and personal, we will find a point at which working more simply isn’t worth it to us personally.

Unfortunately, that point is at a different place for everyone, and changes throughout your career.  As Socrates said, “An unexamined life is not worth living.”  Both time and money are limited and fungible (exchangeable), and it is up to you spend them as will do the most good and bring you the most happiness.

So, I’m sorry I’m unable to specify exactly when you should quit working, but hopefully, I’ve given you some things to think about as you make that decision for yourself.

What do you think? Are you working fewer hours? What factors did you consider for making your decision? Comment below!

15 thoughts on “The Diminishing Returns of More Hard Work”