Feeling fairly fraudulent as a financially independent full timer, I wrote a post about a fictional Dr. Findley last summer. In that post, I came up with a somewhat convincing argument for the good doctor to consider working part time.

Trust me. The doctor considered it. His family discussed it. They evaluated the numbers and decided they weren’t quite ready. The math at the time showed them they would reach their financial goals in 2.9 to 4.5 years working full time at 2% to 8% real returns, or 4.3 to 9.4 years working half time.

*Note: the health and dental insurance is subsidized by his employer.

A while back, I was working the concessions stand at the curling club with one of my teammates. He also happens to be one of my partners in a small anesthesia group. Precisely 40% of our city’s anesthesiologists were busy slinging beers to thirsty curlers on a frigid Tuesday evening, and no, neither of us was on call. 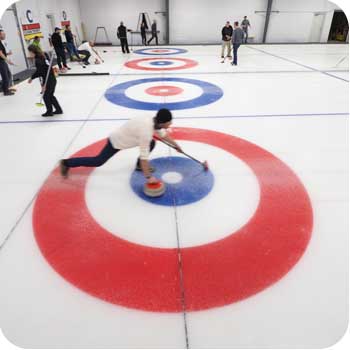 Not wanting to blindside my four partners someday, I’ve been dropping hints about my desire for part-time or no-time work for a couple of years now. On this particular evening, I mentioned that I would be ready to go part-time anytime another partner was willing to share a job with me, not thinking that was likely anytime soon.

To my surprise, my colleague had thought this through more thoroughly than I had. He knew that at least a couple of the docs in our group, including him, would be willing to pick up some shifts if I wanted to drop some. In fact, he figured two could each pick up 20% of my shifts, allowing me to drop 40% of my current workload.

I liked the sound of that. I ran the numbers. I talked to my wife. I talked more with my group. We came up with a plan. The plan was presented to our employer, and they have now signed off. Woo Hoo!

I see it as a win-win, and I believe my partners do, too. Several of them still have student loans and other large ongoing expenses. I’ve got Enough to consider myself financially independent and am closing in on financial freedom. What I’m lacking more than anything is time.

My current schedule, which I’ll be working for another five-plus months, is actually rather favorable compared to many physician jobs. I worked a much more demanding schedule in my first full time position, when I took call every third night and weekend, and very rarely had a post-call day off.

A month’s work at full time now consists of an average of 16 or 17 units, with a unit being roughly equivalent to a 12-hour shift. A surgery center shift is one unit; a 24-hour hospital shift / call is two units. My new schedule, which starts in October, will average 10 units a month.

In one very busy stretch, I can get a month’s worth of work done in seven days — four days at the surgery center followed by a three-day weekend at the hospital. That works out to about a 110-hour workweek, with a portion of it being home call. It sounds brutal, but it’s not much different from some weeks in residency, and I prefer to bunch my work together rather than spread it out. I may not be able to get that schedule every month, but I hope to have stretches of three to four weeks off at a time on a regular basis.

Naturally, my 40% cut in hours will come with a concomitant 40% cut in pay. Perhaps I shouldn’t use the term “naturally.” Many physicians would see their income drop by a higher proportion. Those in private practice with significant overhead might have a negative income if they dropped 40% of their clinical workload. Fortunately, that’s not the case for an employed anesthesiologist.

What about benefits? Will they be cut 40%? Nope, full benefits. I’ll get the same 401(k) match, health insurance, HSA contributions, etc… that I get right now. My locker will be the same size; I won’t be downgraded to one of those waist-high, half-height lockers. Thank goodness.

The 40% I’m giving up? That’s the 40% of my salary that gets taxed the heaviest at both the state and federal level. On an after-tax basis, those are the hours for which I am reimbursed the least.

When extrapolated over the course of a year, the 6.5 additional units worked per month as a full time employee result in an extra $7,833 in after-tax compensation, or $1,205 per unit. Compared to  the first ten units worked in a month, the final 6.5 units are compensated at nearly $500 less after tax. That’s $500 lower after-tax compensation per surgery center shift, or $1,000 less per hospital shift for those shifts that bridge the gap from 0.6 FTE to 1.0 FTE.

Of course, the tax system is more gradually progressive, but I’m simply comparing two salaries. The math for the year would work out the same for someone working only the first 60% or last 60% of the year, or taking 4.8 months off in the middle.

I have been well aware of the progressive nature of our tax code, but running the numbers and applying them to this decision-making process has made the right choice clear. Going part-time allows me to drop the shifts that are effectively compensated at a 34% lower rate.

Why wouldn’t I want to do that? Can you say “disincentive to work more”? I can.

[Post-publication update: After half a year of working this schedule, I published a six-month life and update, sharing more numbers that demonstrate the substantial tax savings and better after-tax pay per hour on this schedule.]

Last summer, we rejected the part-time plan. Now, we’ve embraced it with a bear hug. Why the change of heart?

We have more money now. According to Personal Capital, our portfolio has returned 7.77% since I published that first half time post. I’ve also had 9 months of accumulation, and we are financially independent with a 3.33% withdrawal rate, spending $80,000 per year.

We are also within one year of reaching the financial freedom goal of $2,500,000, even with the part-time schedule.

We moved the goal posts. I assigned a goal of 40x expenses or $3,200,000 for Dr. Findley. Nine months of reading, writing, and contemplation have convinced me that an excessive goal is, well… excessive. We’re good to go right now with a 3.33% withdrawal rate, and a 3% withdrawal rate is within reach in a year or two. 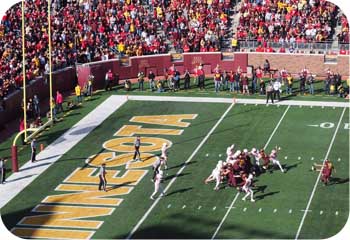 We have new “passive” income. I’m referring to the money that the blog earns or is capable of earning. It would be disingenuous to completely ignore it for a couple of reasons. For one, it is anything but passive, and doing it well takes a lot of time. Also, while I will be donating half my profits, I will be keeping the other half, and that could make living without my physician income easier, even if it is money I shouldn’t need based on any retirement calculator.

Our friends at Our Next Life pointed out the “elephant in the room” for those of us who write about FIRE while monetizing a blog. It seems appropriate to acknowledge it rather than the 800-pound gorilla doesn’t exist. Or was it an elephant? Does it matter?

Such a drop wouldn’t be disastrous. I’ll still be working, investing at discounted valuations compared to today, and I could continue to work beyond 2019 if our financial situation calls for it.

Besides, I don’t believe that a bear market can take away your financial independence. The 4% Rule studies account for exactly that scenario of a poor sequence of returns. That’s why it’s not the 6% or 8% Rule.

[Post-Publication Update #2: The markets have been kind enough to us and I plan to leave my clinical job late summer, 2019]

In the Dr. Findley post, I described Dr. F as talking the FI talk, but failing to walk the walk. In other words, he was touting the benefits of financial independence, but not taking advantage of them himself.

It’s taken me a while, but I’m about to start walking the walk. I’m going to start working less and living more.

Technically, I’m not going to be living more. If anything, I’ll be sleeping a little bit more, awake a little bit less, and continuing to live precisely 168 hours a week. But I will do more interesting things with my time.

A couple of weeks ago, my wife and I sat down with our boys’ elementary school principal to nail down just how much school the boys could miss while remaining enrolled in good standing. To our surprise, there was not necessarily a number of days that would make them truants.

As long as we remain connected and engaged with the school, and getting some schoolwork done while away, he saw no problem with them missing a few weeks each trimester.

Part-timers, how do you take advantage of your free time? Full-timers, would you consider a part time job if it were an option for you? Any suggestions for our initial slow travel adventures? Are you as excited as I am?