In the U.S. Army, they claim to do more before 9 a.m. than most people do all day.

ESI Money believes in an early morning wakeup call. Scott from Making Momentum started getting up at 0500 every day. 5am Joel is such a strong believer in being an early riser, he made the time of day a part of his name.

I’m up at 0515 most workdays to be in scrubs and ready to work by 0600, and I tend to sleep in a bit more when I’m not working. Time will tell what life will be like post-anesthesia, but I have found that I can be extremely productive without distractions on days that I’m home and up before the rest of the family.

Dr. Peter Kim is here today to share how he discovered the secret to getting more done and how he has implemented it in his life. This Saturday Selection originally appeared on Passive Income MD.

How to Find More Time to Get Things Done

I don’t know about you, but as I get older, I find that I have less and less time to get things done. When I was in residency, I thought to myself, “I can’t wait until I’m an attending and have all this free time.”

However, once I did become an attending physician, reality began to set in. Life changes and responsibilities get added on, and priorities tend to shift.

Sure, I completed my training and became the “boss” and that was a great accomplishment. However, somewhere in there, I also got married and had a kid. Then a second one. Next thing I knew, there were no breaks to be found anywhere in the day. I’m busy from the moment I get up for work until the moment I go to sleep.

Not that the busy-ness is all bad. I love the time I spend with my family, and it’s the reason I focus so heavily on creating passive income streams – so I can spend more time with them. But something has to give, and unfortunately, that’s been my free time and the ability to be productive with other ventures.

I was struggling to find a good work/life balance, but the solution eluded me. That is until I read The Miracle Morning…

The concept is extremely simple. The author Hal Elrod states that one of the most common traits of successful people is that they get things done before the rest of us even get out of bed. Elrod posits that if you change your morning routine by waking up earlier, it can have a dramatic impact on your life, attitude, well-being, and productivity.

As an anesthesiologist, I already felt like I was waking up pretty early. I would routinely get up around 5:30 am in the hopes of being at the hospital by 6:30 to pre-op my patient and set up the OR.

My rushed routine involved hitting snooze at least once before dragging myself to the bathroom to brush my teeth and wash my face. I would then feed and walk the dogs, grab a quick coffee and muffin at Starbucks, and eat and drink while driving.

After reading the Miracle Morning, I realized I would have to try to change all that – even though it seemed, to put it mildly, daunting. However, I made the decision to commit to waking up one hour earlier each day as Elrod advocates. Just one hour! 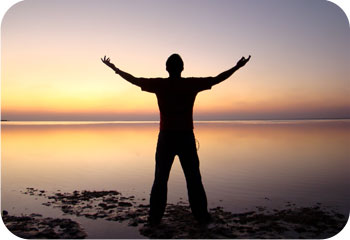 Waking Up An Hour Earlier

The book outlines a routine for that hour, and I tried to follow it as best I could. The first week or so I questioned myself. A lot. I’d think, why am I doing this at 4:30 am when I could be enjoying an extra hour of sleep?

But then, by the second week, a funny thing happened. I started sleeping a little earlier and began waking up feeling a little more refreshed. I slowly began to crave the quietness that comes when you’re the only one awake in the whole house. I was able to enjoy a nice cup of coffee while reading a chapter or two from a book. I was able to plan my day and my life. I felt relaxed going into work.

In fact, it was this routine that helped me get my blog going. I always get asked, “How do you find the time to juggle so many things?” As of late, I just simply tell them about my morning routine.

I take a good amount of overnight call, so of course I can’t follow this routine perfectly every morning. But on normal days, I do my best and have seen immediate life-changing results.

If you want to dramatically improve your own productivity while simultaneously reducing your stress level, I highly recommend trying this for yourself. The concept seems so simple, but you’ll start to look at life in an entirely new way. And really, there’s nothing to lose by giving it a try. Well, except maybe an hour of sleep.

What’s your morning routine? Would you be willing to wake up at 0500 or earlier to get things done?

The Blue Cash Preferred card offers 6% back on up to $6,000 a year in US supermarket purchases and 6% back on select U.S. streaming services. 3% back on US gas station & transit purchases, 1% back on other purchases. Terms apply. $95 annual fee, waived the first year.