Early in the calendar year, it’s a great idea to explore what it means to “front-load” your investments, and why you should do so if you can.

To front-load is to invest a lump sum of money early on, as opposed to dollar cost averaging over a longer period of time. Typically, we’re talking about investing as much as you can afford in the beginning months of the year, although there are other ways to front-load, as we’ll discuss in reason number four.

Note that front-loading has nothing to do with a front-end load, which is a fee paid up front when you invest in certain mutual funds — American Funds are notorious for fees as high as 5.75% in many of their popular funds.

How do I front-load? I’ve become a regular front-loading machine in recent years, not unlike our Amana washer.

I front-load two Backdoor Roth IRAs early in January. I max out my 457(b) in two pay periods. I once maxed out my 401(k) after an inquiry with Human Resources, only to find out that it wasn’t a good idea. More on that below.

Top 5 Benefits of Front-Loading Your Investments 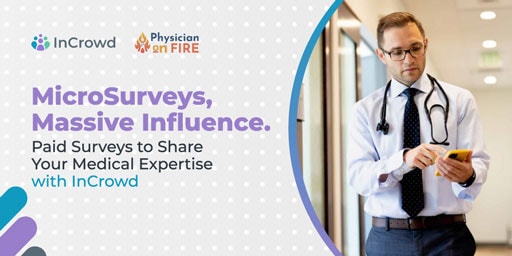 1. You’ll Most Likely Come Out Ahead

Assuming you’re investing substantially in equities, you should see returns that move in the direction the overall stock market, which has historically given positive returns for the year about 70% of the time. If you invest early, and returns are positive for the year, your money will realize most of those gains. Periodic investments will give you lots that are only be exposed to the market for a portion of the year, and won’t see all of those gains.

Front-loading isn’t foolproof. If the market drops over the course of the time period you’re looking at, front-loading loses, too. Historically, that will be about 30% of the time, or perhaps less if you’re invested in a balanced portfolio with a heavy bond allocation to reduce volatility and downside risk.

What happens in a flat year? It depends. In a year with low volatility and a graph that looks like something out of Flatliners, front-loading will be no better or worse than investing throughout the year.

If the graph looks like a smile, investing throughout the year wins, as you will be buying some shares at a discount. Front-loading will not have helped in this scenario.

Conversely, if it looks more like a frown, you can turn that frown upside down if you front-loaded. You avoided buying some “over-priced” shares and broke even in a year where investing throughout would have been a losing strategy.

Once you’ve invested that money, it can’t be spent. Paying yourself first is a tried and true budgeting strategy that guarantees you will meet your investing goals.

If you’re in a position where you can consider front-loading, you’ve got a salary that far exceeds your spending needs, and you probably don’t need a formal budget. Nevertheless, front-loading makes those investments your top priority. The motorhome purchase can wait.

In the past, I’ve maxed out my 457(b) in two pay periods. I enjoy a great salary, but typically see a rather large withholding for FICA, federal and state income taxes. By front-loading, you’ll have much less withheld early on. If I wasn’t front-loading, the initial tax withholdings would be more than double.

In other words, by front-loading, I’m putting money into the 457(b) instead of the government coffers. That’s a great way to kick the year off. All will be reconciled eventually; a tax deferred isn’t exactly a tax avoided, but at least my money will be working for me all year long, rather than resting in the hands of the government.

Most of the front-loading opportunities I’m discussing occur annually. You front-load early in the calendar year. This one, however, can be done at the beginning of a child’s life.

Funding a 529 plan for a child is considered a gift. Gifting beyond $14,000 per parent is generally subject to a gift tax.  The IRS makes an exception for 529 Plans and will allow you to gift up to five years at once into a 529 Plan. A well-heeled couple can make a one-time grant of $140,000 into a 529 plan. Mrs. BITA has a detailed explanation of Superfunding a 529 in this post.

5. Because You Can! Unless You Can’t.

How amazing is it to be in a position to front-load large sums of money? If you’re considering a front-loading strategy, that means you can afford to invest thousands of dollars in a matter of weeks or months. As a resident, you might not have had enough left over to invest even a few thousand dollars over the course of the year.

Take advantage of your much higher salary and get your dollars working for you as soon as possible. Unless, of course, front-loading can hurt you.

A couple of years ago, I read up on the concept of front-loading and its caveats. I was advised that it was wise to check with Human Resources before front-loading a 401(k) because it could interfere with any company match.

I did what I thought was due diligence and asked if I would still receive the match if I contributed the full $18,000 to my 401(k) early in the year. I was assured by the plan administrator that I would, indeed.

I set my contributions to “ludicrous percentage” and maxed it out in two or three pay periods. Each pay period, I got a small match. The first pay period that I did not contribute, I received no match, despite the fact that my employer had come nowhere near meeting their matching obligation, and I had contributed 100% of what was allowed by law.

After a little back and forth communication with HR, I was assured I would receive a true-up contribution 12 months later to reconcile the remaining employer match.

Technically, the plan administrator wasn’t wrong — I did eventually receive the full match, but more than 80% of it was delivered the following calendar year. Interestingly, when I received the rest of the match in February of 2016, the markets were actually down from the prior year when I was expecting the money. Better to be lucky than good.

Do you front-load any of your investments? Why or why not?

71 thoughts on “Top 5 Reasons to Front-Load Your Investments”