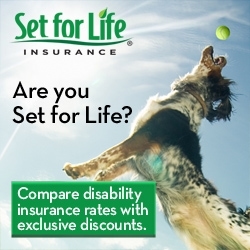 I am the Physician on FIRE.  No extinguishers required, I’m not about to stop, drop, or roll.  In this case, FIRE is an acronym, as in, Financial Independence, Retire Early.  I discovered the acronym about a year ago and learned that a whole bunch of good people on the internet have been dispensing valuable information on these two separate, but related topics of Financial Independence and Early Retirement.

Why the Physician on FIRE blog?  After all, there are hundreds of personal finance blogs, with dozens focusing on early retirement. Well, I’ll be coming at you from the perspective of a physician.  People like us have a very different career path than the engineer / CPA / businessman, etc…  Our careers tend to get off the ground much later in life. Many finish school and training with ridiculous debt.

The job can be quite stressful for a whole bunch of reasons beyond our control (true in many professions, but in ours, the stakes can be higher). Fortunately, we tend to have solid incomes and with adequate knowledge and planning, the ability to achieve the freedom that comes with financial independence can still be attained at a reasonable age.

What do I mean by financial independence?  Simply put, you are FI when you have saved and invested enough money so that you no longer have to work to fund your everyday life.  Your current and future expenses are covered because you were diligent, clever, and perhaps lucky enough to have built up a big fat pile of cash.

How big?  The going rate seems to be about 25 to 33 times your annual expenses, allowing for a 4% or 3% rate of withdrawal each year.  Obviously, the required size of that pile is directly proportional to your spending.  The more you spend (or plan on spending later), the more you need.

Personally, I earned my FI merit badge last year at the age of 39.  I have no plans to retire anytime soon, but I do plan to retire early.  Until that day comes, I have the great satisfaction of knowing that I am showing up for work because I choose to be there for my patients, not because I need the money.

To Retire Early will not only complete the FIRE acronym, but I believe it will also lead to a happier life for my family and me, and that is the ultimate goal.  I may have another ten or more working years in me; I may hang up the stethoscope for good in five.  There are too many variables to try to nail that down just yet.

As long as I remain reasonably happy in my career, the benefit of working at least a few more years will more than justify the occasional (OK, frequent) stressful day or restless night on the job.

If you start to read the forums and blogs on Early Retirement, you will find quite a few people who have retired in their twenties and thirties.  Unlike most physicians, they didn’t wait to get their first decent paycheck in their early thirties or have a 6-figure debt complicating matters.

A Physician on FIRE

So what age qualifies for an early retirement for a physician?  Thirties would have to be considered extreme.  There just isn’t a whole lot of time for saving and compounding.  I would guess most physicians who retire in their thirties have unique circumstances, like a large inheritance, a high-earning spouse still working, or unfortunate circumstances leading to a forced early retirement.  Here’s hoping my early retirement isn’t accompanied by a mug shot on the evening news.

My best guess is that I’ll feel ready to retire at some point in my mid-forties.  I envision the trigger to be some combination of “I have enough” and “I’ve had enough”.  To retire before reaching the half century mark would be considered early in most professions, but even more so in medicine.

I would consider the the first half of the 50’s to be early as well. For many physicians, you’re talking about a roughly 20-year career at that point.  I recently read an article about a 57-year old internist retiring early.  The 82-year old part time doc being interviewed for the story couldn’t imagine walking away at such a young age.  It’s all about perspective.

One last thing about me, the Physician on FIRE: Occasionally, I get a bit FIRED UP (just plain angry, no acronym here) about the state of modern medicine and the changing role of the physician.  While the primary focus of this blog will be on the ways and whys of financial independence, I will occasionally touch on some of the more frustrating aspects of being a physician today.

Overall, I enjoy my work and will continue to be a practicing doctor for some time, but sometimes I can’t help but just shake my head.  Those head shakes just might lead to some interesting blog posts and discussion.  I’ll also discuss some of the positive aspects or our profession.  After all, I tend to be a glass half full kind of guy.

Each of these paragraphs could easily be expanded into it’s own blog post, and probably will eventually.  I plan to post twice a week until I run out of stories, ideas, or readers.  I don’t see that happening any time soon.

If you’d like to read more, bookmark this site, or “add to favorites” or whatever it is you do to recall a page at a later date.  You can also sign up for automatic updates via e-mail to see my latest posts and quarterly blog progress notes.  Or you can simply type in pofire.com into your favorite browser and visit me anytime.

Are you a physician on FIRE?