My little FIRE blog is one of many early retirement blogs, but it was the first written by a physician. If you look around, you’ll find quite a few young men and women who have successfully pulled off an early retirement at age 30 to 35, an age at which most physicians will have a negative net worth. 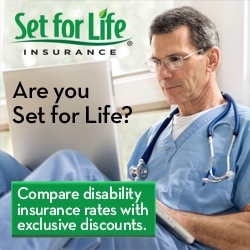 Yes, they all have blogs, but their ability to retire is independent of any blog income they now enjoy. Or maybe they’re not real, and I’m not real, and early retirement is a farce. Whichever it is, physicians can’t realistically earn enough from being a doctor by those ages to retire.

If we’re going to talk about early retirement for physicians, we need to define what it means to retire early in the context of a late start, excessive student loan debt, and a self-imposed debt we feel we owe to ourselves or society after so many years of education and training.

It’s also wise to separate FIRE into its component parts. There is FI = Financial Independence, and RE = Retire Early. It is more than acceptable to strive to become financially independent without any notion of wanting to retire early.

In fact, once you have saved enough to retire, and truly have no interest in funemployment, you have proven that you are truly happy in your career. That’s fantastic!

Conversely, if you believe you love your job and wouldn’t practice any differently if you had millions in the bank, well… you might feel differently once you actually have your millions.

Honestly, that’s where I’m at. For years, I thought I loved my job. It turns out I like it alright, but I loved the paychecks more than anything. Now that I don’t rely on the money coming in, I’m more aware of the stressors I once took for granted as normal, the unpleasantness of being at the constant beck and call of the loathsome pager both day and night, and the absurdity of the hoops we jump through to satisfy a multitude of Boards and governing bodies.

Career dissatisfaction can be addressed in multiple ways. “Resiliency training” is the new “fighting burnout.” Working half-time has worked wonders for some, including this radiologist who wrote a physician’s guide to part-time work. Today’s post, though, is supposed to be about early retirement, so before I get too far off topic, let’s return to the subject at hand.

How Early is Early?

“How Soon is Now?” asked the Smiths. If I had retired the moment I was FI, it would have been a couple months shy of my fortieth birthday. That would be very early, but I know physicians who stopped practicing even earlier. I’ll break it down into five year increments.

Retiring after a career of zero or a few years may sound ludicrous, but there are a few scenarios that are not so far-fetched.

The stay-at-home spouse. I worked with one family physician whose wife finished residency with him years earlier. Diplomas in hand, she remained home to raise and home-school their children. To my knowledge, she didn’t work a single day as an attending. She may have been retired from medicine at age 29, actually.

The Suddenly Wealthy. A large windfall at the beginning of one’s career could be all it takes to transition a disenchanted physician out of practice. The money could come from any number of sources. A startup company could be sold to a tech giant. An app or website that really takes off could be worth millions. Inheritance and lotto winnings could come into play here.

The Career Transitioner. While it’s not exactly “retirement,” pursuing a non-clinical career is effectively a retirement from clinical medicine. Some physicians may realize that the bedside is not where they belong. A visit to the Drop Out Club (DOC) may lead them to drop the stethoscope, laryngoscope, otoscope, or ophthalmoscope for good. Those that pursue this option rather than residency could do so in their mid-twenties.

This is the first age bracket where an extremely early retirement can be achieved based on a physician’s career earnings. I could argue against the silliness of working fewer years than it took to prepare for the career, but that would be invoking the sunk cost fallacy.

The Planner. To escape so soon on your own merits requires some serious planning. Minimize debts throughout medical school and residency. Moonlight if possible. Choose a high paying specialty. Work and live like a resident after residency. Take advantage of geographic arbitrage. A well executed plan could lead to a retirement by 40. 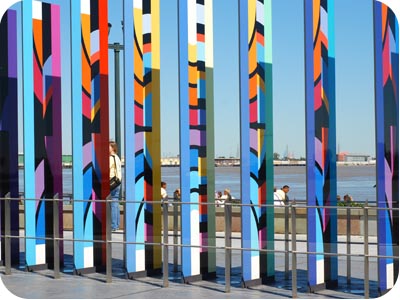 The Frugal Wanderlust. This physician has never been concerned with the usual trappings that are typically associated with a doctor’s lifestyle. Renting, or owning a simple home, the doctor has no interest in being tied down.

A frugal physician with few material needs living a middle-class lifestyle can afford to explore the world in a similarly frugal fashion before his or her fortieth birthday. If so inclined, he or she may incorporate the practice of medicine into travel, performing mission work where quality healthcare is needed most. This physician saves $10,000 a year on travel using smart credit card travel rewards strategies.

This guy. At this age, some prior planning and relative frugality remain paramount to a successful early retirement.

Mid-Life Crisis. At roughly the half-way point in life, physicians know all too well that life is precious, and sometimes short. We have courtside seats to the unfolding of cruel and unusual tales of disease and injury dramatically altering or ending a life prematurely. Working long hours, fighting burnout, and crossing our fingers that we’re not as unlucky as this patient or that one, we realize a certain need to start living differently. For some, that will mean retiring early.

The Family Man or Woman. I may have a modicum of mid-life crisis in me, but I’d like to think I’m more of the family man. After providing for my family for more than a decade, I regret that some days, I’m not more a part of it. Realizing that our time with boys at home will soon be halfway over, I want the next decade to be amazing. While it could be good if I were working, we can give them incredible worldly experiences that are incompatible with a full-time job.

The Accidental Retiree. Entrepreneurial physicians at this age may find that a side project started years ago has blossomed into something that is more rewarding and/or time-consuming than their day and night job as a physician. The side project could be a restaurant, a website, a life coaching business, or regular television appearances. It could be guiding tours through the Florida’s Everglades or the Alaskan bush. Some doctors will choose to follow their passion or pursue the better income. 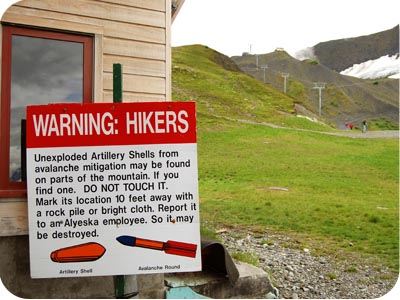 The Second Breadwinner. In their mid-to-late forties, a married couple could have a combined 30 to 50 years of career earnings behind them. If one spouse has a 9 a.m. to 5 p.m. job they love, and the other has a stressful 6 a.m. to 8 p.m. job they don’t, it might make good sense for the latter to call it a day.

The Prudent. This physician shares some commonalities with The Planner, but has had many more years for career earnings and compound interest to pad the retirement accounts. A reasonable savings rate of about 30% can lead to a comfortable financial independence at this age. Retiring at 54 (in the year in which you turn 55) allows full penalty-free access to the 401(k). Compared to The Planner, who would likely have a five-figure annual budget, The Prudent should be able to spend in the low six-figures.

The Passive Income Master. A physician who has focused on creating passive income streams, like Passive Income MD, may eventually witness his passive income match or exceed active income from working. Investments in real estate, for-profit hospitals, surgery centers, or imaging centers come with higher risk, but can pay off handsomely. This doctor is different than the entrepreneurial Accidental Retiree, who will continue to be actively managing a side project when leaving medicine.

The Forced Hand. Remember the Mid-Life Crisis who feared life-altering health problems? Those issues arise all too commonly in the mid-to-late fifties. A physical disability or ailment has sidetracked many careers of physicians in what should be prime years of their career. A healthy physician may step aside to spend time with and care for an ailing parent, spouse, or sibling. Sometimes, the physician doesn’t choose an early retirement. Sometimes, fate chooses it for him.

The Fed Up. Sadly, there are many physicians who love their patients, and love being their doctor, but have had it up to here with the extraneous roadblocks that make it difficult to do the job they once loved. A new electronic health record. An uptick in insurance denials. Increasingly onerous Board Certification maintenance requirements. Fewer support staff. Decreased reimbursements. More metrics measured without any demonstrated benefit. Which will be the straw that breaks the camel’s back?

Who Retires at 60 or above?

We’re no longer talking about an early retirement in my opinion, but for the sake of completeness…

The Unfortunate. Half her net worth disappeared in a divorce settlement, and he used it to take his new bride and her newly augmented bosom on a round-the-world beach tour featured prominently and daily on Facebook. He went to 100% cash at the bottom of the market in 2001. And again in 2008. He got back in when stocks had sufficiently rebounded to previous highs. She wanted to be a Passive Income Master, buying all the heavily leveraged real estate she could get her hand on from 2004 to 2007. Like both John Malkovich and Kevin Bacon, he trusted Bernie Madoff with his millions.

The Truly Happy. Most physicians will retire after the age of 60, and most will reflect on their careers with genuine pride and contentment. Not every moment is wonderful, but amidst the occasional drudgery, we do have the privilege of working small miracles every workday. Most patients are respectful and grateful for the sacrifices we make. For the majority, retiring after age 60 is not a reflection of any kind of failure, but a confirmation of resounding career success.

“For the majority, retiring after age 60 on of resounding career success.”

Who am I? I’m a Family Man with a touch of Mid-Life Crisis. A future Accidental Retiree and Career Transitioner. A Frugal Wanderlust with Passive Income. A little bit Fed Up, but more Truly Happy. Hoping to be a bit happier when I retire early.

75 thoughts on “Who Are the Physicians Who Retire Early?”