The decision to attend medical school, assuming you have the grades, scores, and experiences to gain entry, is not one to be taken lightly. The costs in terms of time, youth, and opportunity cost are enormous.

Jake Tabbot of Med School Tips reached out after running some numbers to try to determine whether or not it might be worthwhile from a strictly financial perspective.

Obviously, there are many other non-monetary reasons to pursue the profession, but the question posed is an intriguing one. Is it better to get a good job right out of college? Can that lost ground ever be made up? If yes, when does that crossover point occur?

The answer depends on the inputs, but I think our guest author did a good job creating a framework to answer those questions. We have no financial relationship to disclose.

So Jake, is med school worth it, financially?

Is Medical School Worth the Cost?

Being pre-med in college, I consistently heard horror stories about the crippling debt medical school put its students in. And, to be completely honest, this really scared me.

Do you know how long it takes to become a doctor? At least seven years (four years of medical school and at the minimum three years of residency) after college. That’s at least seven years until you will start receiving actual doctor paychecks that will make a significant dent in paying back those loans.

I genuinely wanted to become a doctor but was hesitant to do so because of the financial burden it would place on my shoulders.

At the same time, I kept hearing how great software engineers had it financially. Promising much less debt and high salaries, people spoke as if software engineering was a superior option to medicine.

So, I actually sat down and did the math to determine which option (becoming a software engineer vs. becoming a physician) is better from a financial standpoint.

Below, I’ve outlined some assumptions (for engineers and physicians) that I needed to do this. 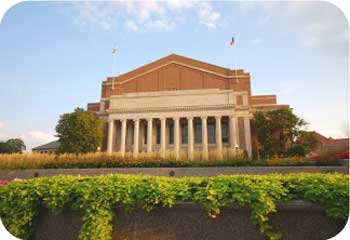 To determine how much this doctor’s income will be taxed, I used a tax calculator for Missouri residents (because different states tax differently, and Missouri’s income tax was pretty average compared to other states).

Finally, I assumed that this resident/doctor will need $25,000 a year to cover other things necessary in life (housing, food, etc). This is probably a bit too frugal for most people, but for the sake of making things simple let’s just go with it. This means this doctor probably doesn’t have to make mortgage payments on a house and doesn’t have children to spend money on.

Time to Financial Freedom for a Physician

After graduating from medical school, the physician has a good amount of debt to pay off. For each stage of the physician’s career, I calculated how much he could contribute towards his debt. Here’s the equation I used:

Knowing these two things, how long will it take the physician to pay down the initial $190,000 medical student loan? The math is actually slightly complicated, because the total amount this physician owes will depend on the principal of the loan ($190,000), the interest rate (6.6%), and the time it takes him to pay back the loan. The longer it takes this physician to pay back the loan, the more money he owes in total.

Because the math is complicated, I used a loan interest calculator and some guestimation to calculate the answer. I ended up with a little more than four years. That includes three years of payments while in residency, and one year (and maybe a few months) of payments while an actual doctor.

Although, this is probably the best case scenario. Can residents and doctors live off of $25,000 a year? Do they have the self-control to spend the rest of their money all on paying back that loan? There are a lot of variables here.

I also assumed he would start working following college graduation (at 23 years old), and that he would similarly need $25,000 a year to live off of (for housing, food, etc). I also assumed he did not go to any type of graduate school (and therefore had no debt).

Although they start working at different time periods, the doctor and physician both save and do so at a different rate.

Since the doctor makes more than the engineer, though, eventually he’ll catch up. I used the following algebraic equation to find the age (a) at which the engineer and doctor have saved the same.

Therefore, when the doctor is 38, he will be in a better position financially than the software engineer.

Related: I Decided Not to Go For Medical School. Twice.

Originally I was scared the physician’s debt would be a huge burden. But, this doesn’t really seem to be the case. The physician in this scenario appeared to have the ability to pay off that debt in four years if he lived frugally, and quickly caught up financially to the software engineer by age 38. Physicians definitely appear to have it better financially.

However, I want to list some things here that I didn’t cover to make my calculations easier. These things might make a big difference.

I used average salaries for both the doctor and engineer. The doctor probably wouldn’t be able to pay off his loan as quickly because he will most likely make less than the average $260,000 when he first starts out. He would also pay more back in interest for that loan if this happened. The engineer also wouldn’t have saved as quickly.

The math was complicated for estimating the payback for the physician’s loan. Also, the loan interest rates might be different. I made an estimation, so please do your own calculation to confirm.

The debt of a medical student varies widely by school. Some schools charge significantly more for tuition. Certain schools outside of the US, such as Caribbean medical schools, also sometimes have higher tuitions.

Doctors have the potential to get sued (which could hurt them financially). [PoF: I can verify this to be true.]

#5: Stock Options and Other Perks

Engineers oftentimes receive stock options which could grow significantly over time depending on the company. The engineer also might have invested some money on his own (which would probably grow, such as in a 401k) during the years the doctor was still in school/residency/paying off his debt. The engineer could have also received a yearly 401k match during this time period.

The doctor might not have been able to live as frugally as he did and pay off his loan in 4 years. A longer timeframe (10+ years) seems more likely to me.

Specialist and subspecialists tend to make significantly more money than primary care physicians (although they oftentimes have longer residencies).

A physicians career is more stable, and there is also probably less chance of outsourcing a doctor’s job in the future.

All of these things could have significantly affected the calculation and conclusion above, and therefore it’s really hard to say with certainty how much more financially lucrative being a physician is over an engineer. However, it’s nice to have a base estimation to go off of, and it appears that doctors have it significantly better financially in the long run.

Obviously, you shouldn’t be going into medicine for the money. But, at the same time, please don’t let the debt scare you. If you live frugally you will most likely be able to pay your loans off relatively quickly.

[PoF: Another factor that would change the math is having the software engineer work physician-like hours. Depending on the assumptions, I’m guessing that break-even point would be pushed back at least 5 to 10 years.

You can see this play out in Dr. Neil Baum’s post entitled If doctors wanted to be wealthy, they would have become UPS truck drivers.

Nevertheless, I am happy with the career path I chose, and by earning the salary of an anesthesiologist in the upper midwest, I realized I was financially independent at the age of 39. Would the same have been true if I had pursued a career like software engineering?

There’s no way to know, but I’m pleased with the way things have worked out.]

If you chose medicine, was it worth it for you? If you pursued a different career and started earning a paycheck early, do you have any regrets?

18 thoughts on “Is Medical School Worth the Cost?”