Stop me if you’ve heard this one before. The best way to get a head start on a better financial future is to “live like a resident” for the first couple years out of residency. That’s right. Take that six-figure job, the fat signing bonus, and pretend nothing has changed.

Park your K-car between the Lexus and the Land Rover. Just be sure not to leave any door dings. You could cause thousands in damage to a vehicle like the one to your left or to your right.

It’s actually good advice, but living like a resident is much easier to say than do, particularly when your new colleagues have years and decades of real-world experience under their gold-buckled belts, and big, beautiful homes with three-or-four-car garages in which to park their luxury fleet.

They might not actually be wealthy, but as a reader of this and similar blogs, you already suspected that all that glitters may not be gold. You may be dealing with some “all hat, no cattle” types. You don’t want to be like that, and you certainly don’t have to.

What if I told you there’s a way to live far below your means, while actually living quite well, and saving practically every after-tax dollar you earn? That you wouldn’t have to worry about any real or perceived pressure from partners to live more like them? “The Firm encourages children…” or something along those lines.

I managed to pull it off. I was the last of my classmates to take a real anesthesia job, and the first to start working. I was a locum tenens anesthesiologist starting on Monday, July 3rd, just a few days after my final day of residency. I remained a locum for nearly two years, and it was the best career move I could have made.

Live Much Better Than a Resident

When you work as a locum tenens physician, you are living better than a resident. You can expect better working conditions, fewer hours, better pay, and more respect.

As a locum, you are filling a position in an area of need. You are there because your services are desired. Required, even. The facility wants you to be happy, and they will make efforts to make sure that is the case, particularly if you’re a good doc (and you know you are). The last thing anyone wants is for you to leave prematurely.

In residency, there is an 80-hour work rule that is sometimes viewed as a rough guideline. When you’re a locum, you’ll most likely be paid by the hour. I don’t know many facilities or groups that are interested in paying anyone for 80 hour weeks at locums rates. If you do end up working long hours, you will be rewarded handsomely.

Three weeks of a schedule like that could net you as much or more than you earned in an entire year as a resident.

Earning Far More Than a Resident

Be prepared to see you hourly rate jump at least 10 or 20-fold. Locums rates vary by specialty, but as a physician, I don’t imagine you’ll see anything less than $100 an hour. Rates of $200 to $300 an hour are not unusual for some specialties, and holiday pay or urgent short-notice needs may command even higher rates.

I earned more in my first six weeks as a locum than I did in an entire grueling year of residency, and that was without ever clocking more than a forty-hour work week, a reduction of 25% to 50% of the hours I typically put in as a resident.

You’re an attending now. You may look young and be young, but your knowledge base is sound, and you know how to care for patients. You may not garner the same respect as the physician who just retired after 30 years and whose job you’ve taken over temporarily, but you’ll be more respected than you were mere months ago when you were a resident.

Our good-natured neurosurgical colleagues used to refer to me and my anesthesia colleagues collectively as JAFAR (just another [f$(#!&] anesthesia resident] when speaking to the doctor behind the curtain. You’ll be more respected than that, I promise you.

It costs very little to be a locum tenens physician. The expenses you do incur that are related to work are tax-deductible. You can easily live well for much less than you did as a resident.

As a locum tenens physician, you can choose to work with a locums agency or go solo and negotiate your own deals.

Most of my experience is with agencies, which for the most part, served me well, and I did not fare so well when I struck out on my own a couple of times.

Having worked as a full-time locum tenens physician for two years, and intermittently throughout most of my career, I got used to the following perks as an agency locum:

How Much Will You Spend as a Locum?

There are some expenses you will incur as a locum. You’ll want to check out the local scene. You might spend a little money on area attractions, like museums, festivals, and honkey tonks. You’ll also need an occasional vacation, and unless you’re traveling back home, you’ll be on the hook for those, too.

Some other expenses will be on your bill, but can be tax-deductible as business expenses, including:

When you consider the fact that some of your biggest expenses will be covered by the agency (and ultimately the group or hospital you work for), the life of a full-time locum can be outrageously inexpensive. Some months, your expenses may add up to only a few hundred dollars, or roughly 1% of your gross income. That’s a 99% savings rate, ladies and gentlemen!

I had months like that when my then-fiancée, now-wife and I were traveling the States, using locums jobs to explore different practice styles in hospitals and cities large and small. My one-bedroom residency condo was rented, and our few belongings were stored in a relative’s garage. 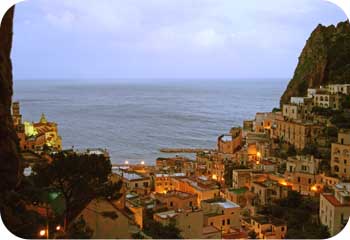 Of course, you don’t have to live an uber-frugal lifestyle. When nearly all of your expenses are covered, an occasional splurge isn’t going to set you back much. I didn’t take a full week’s vacation for the better part of that first year, but when I finally did in the spring, we spent three weeks in Europe, exploring Reykjavik, London, Dublin, and Italy’s Amalfi coast.

For More Information on Locum Tenens

If you’re a resident, I strongly recommend you consider launching your career as a locums doc-for-hire. It will benefit you both professionally and financially and can be a fun adventure. You’ll meet people you’ll never forget who will never forget you. The networking can come in handy — I was a locum in my current job seven years before I interviewed to join them permanently, and that gave me a huge advantage.

This isn’t the first time I’ve written about locums. For more posts on the subject, see:

While it’s tempting to take a “permanent job” out of residency, which has about a fifty / fifty chance of lasting more than a couple of years, consider full-time locums, too. There’s no better way to live better than a resident while spending even less.

Have you worked as a full-time locum tenens physician? Did it allow you to get a jump start on your career and retirement savings?