Personally, side hustles were the furthest thing from my mind as a medical student. I may have sold a little bone marrow for stem cell research, but I just don’t think I had the drive or the time to do much else.

About the closest thing I had to a side hustle (besides the bone marrow aspirations) was buying a couple kegs and some mardi gras beads and setting out an empty fish bowl to collect donations to recoup some of the cost.

At the end of one of those parties, the contents of the bowl, along with my collection of “Yo quiero Taco Bell” talking stuffed animals, disappeared without a trace. I’m still not over that loss, obviously.

Dr. Peter Kim was more entrepreneurial as a medical student. Not to the extent that Bryan Miles was, but I’m still impressed.

This Saturday Selection was originally published on Passive Income MD.

I got together recently with a few of my medical school classmates and ahhh… the memories. Being in the trenches together, just like in residency, tends to create a bond that remains throughout time. We picked up right where we left off and talked about the good ol’ times, how life used to be, and how it is so different now, especially because we now all had families.

That evening after getting together, I began to reminisce about those years. It’s crazy to think how much life can change in 13 years. But I realized one thing hadn’t changed – I still love side hustles.

Everyone knows that medical students are dirt poor, and I took out loans just like everyone else did. I needed loans to cover tuition as well as living costs. I lived relatively frugally but I also wanted to travel and have a good time. Put simply, available cash wasn’t exactly abundant for me then, and I still found a way to live the life I wanted.

A lack of capital is one of the major reasons that people offer for why they haven’t started a side hustle of their own. My belief is that you don’t need much, if any, upfront costs to get a side hustle going. If you don’t have the capital but are willing to put in time & energy, opportunities are out there.

I love hearing stories of people who figured out ways to create additional income during medical school like Kayee Tong and Dr. Wendell Cole.

Even though my ventures sound a bit silly today and pale in comparison to those mentioned above, I thought I’d share a few of my med school side hustles, if only to show that you only need the right mindset. The “how” can come later.

Ever tried to buy a concert or sports ticket, only to find that you’re two minutes too late and all the tickets are sold out? Your only remaining option is to buy from a secondary seller like Stubhub.

Happens to me all the time and I used to get so angry at the imaginary people and businesses buying up those tickets. (By the way, it’s bots buying up most of the tickets these days, which is why, even though you refresh every second until those tickets appear, you still get locked out sometimes.)

Well, back in the early 2000’s, there were less of those bots around and you could still buy tickets when they went on sale. You just had to be sitting in front of the phone or computer and be ready. Well, I remember once buying a ticket to a concert, and found myself unable to go. Not sure what else to do, I listed it on eBay, and to my surprise, I made $50!

A light bulb went off in my head. It’s just a numbers game, I thought. If I could strategically buy good tickets and enough of them, I could sell them all for a nice profit.

I was also trying to impress my girlfriend at the time (who is now my wife), and I wanted to take her to nice concerts. We went to all the heavy-hitters of the early-2000s era: U2, Madonna, John Mayer, Coldplay. . . good stuff, right? [PoF: I took my girlfriend (now wife) to Coldplay in Orlando as a resident.]

I also started buying tickets, for shows I wasn’t interested in, that I thought would be in high demand. I started turning around and selling them for a profit as well. Mind you, the price was never as high as they were going for on those national ticket reseller sites.

I probably spent way too much time doing this, which might explain some lower SHELF exam scores than I should’ve gotten, but it was one way that I helped pay for a pretty decent lifestyle in medical school. Even then, I wasn’t concerned with fancy clothes or cars, but I was willing to pay for life experiences: travel, concerts, & good food. 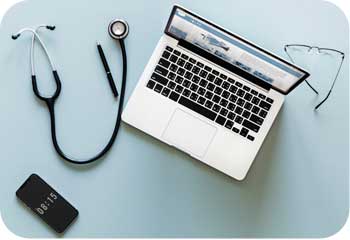 Once I started learning about eBay and that fact that people were buying all sorts of crazy stuff on it, I just started to look around my apartment for things that I could sell. I wasn’t a crazy hoarder, but I did like keeping stuff (just in case) and I was always a sucker for free stuff. After all the conferences and meetings I had attended as a student, I had accumulated a wealth of freebies. I’d walk away with bags of that stuff, completely shameless.

One day I decided to see if anyone was selling those types of things on eBay, and to my surprise and delight, they were. In fact, there were some rabid collectors of this stuff. Who knew?

People out there will collect anything. So I started figuring out which drug rep branded stuff could command the most on eBay (some single pens would sometimes go for $10-15), and when I went to conferences, or if there were reps in the hospital giving stuff away, I would take as much as I could. (I know, embarrassing…) Anything with the Viagra logo on it sold like hotcakes. People are still selling the Levitra pop-up pen to this day!

I got good at selling things on eBay in my spare time, and I made a decent living doing it. It also helped clear tons of unwanted junk from my apartment for a double bonus.

A friend in medical school once participated in a study and bragged about how much he had been compensated for it. Sure, he had to subject himself to getting injected in the abdomen with some medication every so often, but hey, he got paid. The things poor med students will do for money.

Well, I decided I needed to look into this, but I would draw the line at having anything injected or taking any experimental drug.

Luckily, the city I lived in had two large medical institutions, and they constantly advertised for test subjects in newspapers and online. Some were cognitive studies and survey studies, which met my no-needle or drug criteria, and after scouring the postings, I went ahead and enrolled in some of them.

I probably did one or two every year (if it made sense), and that helped fund some nice dinners and outings.

In the years prior to med school, while taking a research year, I started tutoring middle and high school students in math and SAT. I found a real enjoyment for teaching there. Honestly, it’s part of the reason I love where I work today – I get to continually teach residents and fellows.

Anyways, once I started medical school, I continued tutoring and teaching for a little extra cash and usually a nice home-cooked meal from my students’ parents.

After doing well in my anatomy class in the first year of medical school, I was selected to teach a class of incoming medical students. These students were trying to get reacquainted with the sciences after not having been in it a while or having majored in other subjects in college.

I remember being offered a nice amount for this, and as a bonus, I would be able to review my anatomy and histology at the same time. I used that money to take a three-week-long backpacking trip around Europe with a couple of classmates. I enjoyed every moment of it and came out of it with priceless memories, all made possible by a little hustle.

Do You Have the Side Hustle Mindset?

So yes, I had the hustle mindset even as a medical school student. I probably went a little overboard at times, and it sometimes distracted me from some of my studies. I wouldn’t recommend you take it that far. However, it planted the seed that’s led me to the mindset of not relying on medicine as a sole means of income. I learned that with a little grit, determination, ingenuity, and openness to opportunities, it is possible to achieve your desired income and lifestyle.

Now that I have a little more capital, I’m able to pursue some hustles that perhaps have higher returns and are definitely more passive, but the concept is the same. I believe it’s that same hustle that helped me create this blog. It didn’t take much in the way of funds to set up, but it did take a willingness to work extra, without any guarantees.

Ultimately, you could think of it like this: If a broke medical school student with little time, money, or expertise can do it, what’s holding you back?

What is your side hustle? Did you have any side hustles during medical school or residency? Do you have the hustle mindset?

The Chase Freedom Flex offers 5% cash back on rotating categories, 5% back on travel booked via Chase, 3% back at restaurants & drugstores. 1% back elsewhere. No annual fee.