If we all were able to know where the market was going to trade, we’d all be rich.

But that’s not possible, not even with the best of inside information.

The market, the economy – it’s all a very complicated machine with lots of inputs and outputs that make predictions and short-term forecasts a fool’s errand.

In this post, from the Humble Dollar, we take a look at several recent predictions from so-called “experts” and understand why they ultimately shouldn’t matter to you as a long-term investor. 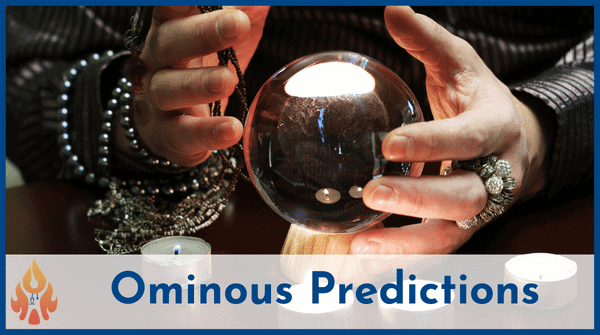 In a note to clients last week, Deutsche Bank analysts wrote that they expect a “major recession.” What should you make of ominous predictions like this?

First, don’t panic. Yes, Deutsche Bank is a big institution. But it’s worth noting that last week two equally prominent institutions also weighed in—with a different point of view. Goldman Sachs argued that a recession is “not inevitable.” UBS wrote, “we do not expect a recession.” They can’t all be right.

The reality is that no one can forecast where the economy’s headed. Indeed, there’s an old joke that economists have predicted 19 of the last 15 recessions. But it’s not a joke. An analysis by the International Monetary Fund looked at thousands of forecasts across dozens of countries and confirmed that forecasters, on average, have a poor track record.

The second thing to keep in mind: Recessions are a fact of life for investors. We just don’t know when they’ll occur. The best approach, in my opinion, is to be prepared at all times. You can do that by paying close attention to your portfolio’s asset allocation. The key is to have enough funds outside of the stock market to carry you through a typical stock market downturn, which might last up to five years. Suppose you depend on your portfolio for withdrawals of $50,000 per year. I would recommend holding at least $250,000 in some combination of cash and conservative bonds.

If your portfolio is structured this way, you’ll greatly reduce the likelihood you’d need to sell any of your stock market holdings at the worst possible time—when they’re down. Just as important, this portfolio design can help you sleep at night. If you know that a recession could occur at any time, but you also know that you’re well positioned to weather it, you need not worry—and need not react—when a recession does strike.

My recommended approach stands in contrast to the more traditional way of thinking about portfolio risk management, which relies on “risk scores.” Many brokers, for example, use a scale from one to 10. Nervous investors, who are assigned a score of one, are set up with portfolios of only cash and bonds. Aggressive investors—the 10s—are invested entirely in stocks. Everyone in between is invested in some mix of the two.

On the surface, this might sound reasonable. The problem, though, is that it takes into account only the investor’s attitude toward risk and not their actual financial needs. That’s a problem because the two aren’t necessarily the same. Whether someone is, by nature, cautious or aggressive isn’t necessarily related to that person’s financial situation—both their short-term spending needs and their longer-term goals. My advice: As you set your asset allocation, consider both your financial needs and your mindset. Ignoring either could be problematic in a market downturn.

One of the scary things about market declines is that it’s hard to know when or how they’ll end. We saw that most recently in 2020. No one knew how quickly vaccines might be developed or how effective they’d be. But as with each prior downturn, the stock market recovered and ultimately went higher.

The standard investment disclaimer tells us past performance is not a guarantee of future results. How can you be confident that the market will, in fact, recover from the next downturn? Specifically, how can you know that you’ll be in good shape if you’ve set aside the five years of portfolio withdrawals that I’ve recommended? While nothing in the investment world should ever be considered a certainty, there’s a logical reason we should expect the stock market to deliver positive returns over a reasonable holding period.

Up and to the Right

The next obvious question: Are corporate profits guaranteed to rise over time? Again, there are no guarantees, but there are reasons to expect that’ll be the case. The most basic building block is population growth. Even if companies did nothing different from year to year, their customer base would expand. They would then sell more and see their profits rise.

Another reason we should expect corporate profits to rise: innovation. Consider a company like Microsoft. Last year, it brought in more than $60 billion from cloud-based software—a business that barely existed 20 years ago.

A related concept is productivity. Corporate profits grow because companies, on average, become more efficient each year. Even if sales don’t rise, a company could still see its bottom line increase.

Corporate profits grow also because of rising prices. Colgate-Palmolive provides a good example. Last year, the company’s volume increased just 1%. That means the number of tubes of toothpaste and bars of soap it sold grew by just 1%. The company, however, was able to raise prices by 3.5%, so revenue grew 4.5%. Helped by a few other factors, Colgate’s earnings per share climbed nearly 5%—even though the volume of products it sold was up just 1%. This might seem like sorcery, but it’s very common.

Taken together, these are the reasons I’m confident that stock prices will climb over time. Of course, the market doesn’t move in a straight line. That’s why you should always have funds set aside to deal with the inevitable downturns. But if you do, then I see no reason to fret when Wall Street’s prognosticators start reading from their tarot cards.