It turns out I’m not the only physician to have read The Opposite of Spoiled and implemented some of the ideas from the book to help instill good money habits and attitudes in our children.

One idea that we borrowed from this book, a book that both Crispy Doc and I borrowed from our respective local libraries, was to set up spend, give, and save jars for our kids. We’d like them to find value in saving money, giving away money, and yes, even in spending money.

That’s just one of many thoughtful ideas presented, and my west coast physician friend highlights several others that should work well for his family. 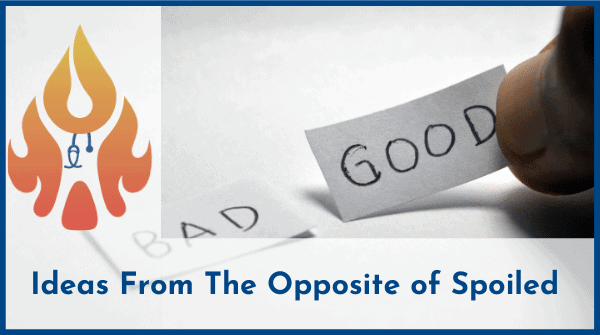 This summer, we decided each kid is getting $20 a month to spend on whatever they choose. One kid went to a favorite chain restaurant and ordered a sandwich online in advance using an e-coupon.

Another went to a meal with a friend, did not order online, was unable to use the coupon (it was only available for online orders) and unwittingly ended up spotting a friend (who is not constrained by a similar budget) several of those precious dollars.

This engendered a thoughtful discussion about how to navigate meals with friends who might order appetizers or drinks we don’t partake in; how to set expectations in advance, or mitigate the damage when circumstances are beyond our control; and what each kid considers the most valuable way to spend.

These thoughts were percolating recently when I was at the local library casually perusing the personal finance section. Mostly, I do this to check if Bill Bernstein has published any new books. He had not, but I spotted a copy of Ron Lieber’s The Opposite of Spoiled on the shelf.

Lieber is a columnist at the New York Times, and his columns tend to be thoughtful and resonant with the first world problems faced by higher income families.

This book was written when his daughter was 9 years old and he was facing the problem so many physician families struggle with: How do I raise a righteous and responsible kid without creating a brat bred in a bubble?

The question was an interesting one.

Anecdotes from The Opposite of Spoiled

Lieber is a master of the well-deployed anecdote, and this book is full of instructive (occasionally maudlin) tropes, including but not limited to:

These stories are both a strength and weakness of Lieber’s writing. They strike a nerve, yet he is quick to avoid passing judgment lest he alienate the wealthy families that are the most likely to buy his books.

Having said that, there’s plenty to learn from his book. A few gems I considered worth plucking for my own parenting arsenal:

The Opposite of Spoiled is a quick read, and while the content seems directed at affluent parents, there’s enough worthwhile moral fiber to help you raise “regular” kids who develop comfort around money.

1 thought on “Borrowed Ideas From The Opposite Of Spoiled”