This week’s Saturday selection comes from WCI Network member Passive Income MD. He has recognized that a change in mindset and habits can make financial freedom much more likely.

Be an Owner, Not a Consumer, to Achieve Financial Freedom

Recently I read a book on finances and entrepreneurship, The Millionaire Fastlane by DJ DeMarco, and the author gave an excellent piece of advice. He said, “Be an owner, not a consumer.”

Already, I’m sure you have some ideas in your mind what that might mean. The phrase sounded like good, solid advice, especially in a book on finances.

The author mentioned this phrase within the context of achieving financial freedom, and went on to write that the only way to do this is through a shift of the mindset.

The average mindset in this country has shifted to being a consumer instead of an owner. Most people (even subconsciously) seem to believe that wealth is built by possessing more things. This is the consumer mindset pushed by nearly every media outlet and advertisement out there. It’s virtually inescapable. However, the true path to wealth (and “wealth” takes many forms) doesn’t usually take that direction.

To illustrate my point, here are several ways that being an owner differs from being a consumer.

Traditional advice says that you should be smarter about your purchases, and I wholeheartedly agree. Some people, though, take that to mean that you should never buy a nice car or nice clothes. I don’t particularly agree.

I believe that it’s your mindset that makes all the difference. If you look at a seemingly extravagant purchase through the eyes of an owner, you’ll see a long-term investment. On the other hand, a consumer sees short-term gain, trendiness, and disposability.

A great example of this comes from two of my colleagues, both of whom own Porsche 911s. One leases his and upgrades to the new version every three years. He talks quite a bit about how expensive his monthly payments are and he picks up extra shifts to help pay for his expenses, and in particular, for his car.

The other has had his Porsche for over 15 years, and he paid for in cash. He takes care of it, exchanges parts out that need repair, and takes it out to the track. He truly enjoys the car, and it shows. He talks about it like it’s his baby, and in a way, it probably is. He’s not too extravagant otherwise and has set himself up very well financially. How could anyone fault him for that purchase?

Every time you use an app on your phone, go to a restaurant, or watch / observe any sort of advertising, you’re a consumer. Someone out there is always benefiting from your behavior. But imagine, if you will, that the tables were turned, and you were the one who benefitted from consumer behavior. What would that look like?

From a business standpoint, the shift from consumer to owner is simple. If you have a passion, why not consider building a business around it?

The perfect example of this is George Clooney and his Tequila brand, Casamigos. He and his friend Randy Gerber found themselves in Mexico frequently, and they both shared a love of tequila. And so, in 2013, they decided to start their own brand. Just four years later, they sold Casamigos for $1 billion.

A consumer may have been content to amass a collection of exotic tequila to impress their friends. But as owners, Clooney and Gerber not only get to consume as much tequila as they want, but they also benefit from having other consumers buy and enjoy their drink.

Of course, not all of us have the fortune or time to simply start a major brand. However, on a small scale, there are many physicians doing the exact same thing – starting businesses around their own passions.

Here’s what real estate looks like to the average consumer. They want to live in the nicest, trendiest locations and will pay a large amount of rent to live there. They don’t often consider the long-term potential or the growth of the asset. That’s why rental units (whether apartments or houses) just don’t get the same level of upkeep as an owned home.

Real estate owners, on the other hand, exhibit a certain pride that comes across loud and clear. Whether you’re a landlord or simply own your own home, ownership leads to improvement. You might change fixtures to match your tastes. You might repaint. You care about the landscaping. As an owner, you’re able to benefit from tax breaks and market appreciation.

Owners of real estate investment properties even do better as they make money through tax benefits, monthly cash flow, and they also benefit from having someone else pay off that asset while it (hopefully) appreciates. 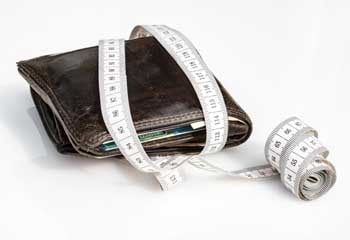 To a consumer, debt is an instrument of immediate gratification. Why wait until you have the money to buy something when you can have it now with a simple swipe? And thus begins the trip down the slippery slope of credit card debt. This is, unfortunately, the situation for many Americans. In the year 2017, CNBC states that the average US household owes $8,377 in credit card debt.

However, if you see debt as a tool to gain more assets, which ultimately creates passive income, then you have successfully become an owner. To the owner, using debt and leverage wisely can lead to wealth and financial freedom.

Owners tend to find themselves in the position of growing their net worth. They focus on adding assets and savings. Real estate, investments, and other ventures steadily add to the owner’s net worth. Owners will set net worth goals and track their progress using something like Personal Capital.

Unfortunately, consumers find their net worth being drained by items that they’ll only use for a short time and then discard. Again, the focus on short-term satisfaction can keep them from building and growing any meaningful assets.

If your goal is ultimately financial freedom, take some time to focus on that mindset shift. Always look at things with a long-term perspective. Ask yourself how a purchase will benefit you years down the road. To put it simply, make sure that you’re acting as an owner, not a consumer.

Do you possess an owner mentality or a consumer mentality? How does that manifest for you?

22 thoughts on “Be an Owner, Not a Consumer, to Achieve Financial Freedom”