Dr. Curious of My Curiosity Lab dropped $38,000 a year on a nanny, or about as much as we’ve spent on everything the first 9 months of 2017. Let him explain. Why I Hired a Nanny.

After a fun and slightly treacherous bike ride, Bill of Wealth Well Done asked me a host of questions about life, liberty, and my pursuit of happiness, resulting The 4 Traits of Success.

I successfully signed up for free credit monitoring from Equifax. Nothing quite like entering my personal data into their site to do so! A couple physician bloggers have weighed in on the data breach with their recommendations:

My part time schedule starts today! I’ve always been a walker and a hiker (walked a marathon once) and now I’ve got time for longer walks. Miss Mazuma shares stories of several of her walks in Spain in a guest post @ Go Curry Cracker. So You Want to Walk the Camino de Santiago? Yes. Yes, I do.

They’re not doctors, but these immigrants earn as much or more than most! From 99to1percent, How We Increased Our Annual Income from $0 to $160K to $400K+.

I won’t spoil the last article for you, but I can tell you they didn’t rely on any multi-level marketing business. From Momming Hard, Did You Know That 99% of Women Lose Money in MLMs? Why are They Still Signing Up?

Losing money is one thing. Losing lives is quite another. On average, we lose about one physician per day to suicide. Dr. Danielle Ofri shares her insights on Physician Suicide and the Tyranny of Perfection.

You can’t become financially independent without making choices that some might consider a sacrifice. You don’t have to live like a pauper, though. From Ember @ An Intentional Lifestyle, guest posting @ Apathy Ends: 5 Things We Won’t Give Up to Retire Early.

If you follow this blog or follow me on Twitter, you probably know I’m not a fan of receiving dividends in my taxable account. Larry Swedroe, famed Boglehead and writer at ETF.com shared a couple enlightening posts on the topic recently.

Then Hurricane Irma hit Florida. It was obviously a big deal, particularly to those who lived through the ordeal on the peninsula. I gave $100 as it didn’t seem like quite as big of a deal and that’s all I earned from a request I had made in the wake of Harvey. The bloggers didn’t seem to have as much to say about Irma, including me.

Shortly thereafter, Hurricane Maria walloped Puerto Rico, a U.S. territory with lesser means compared to the states. From all reports that I’ve read and seen, the devastation far exceeds the damage inflicted upon Florida or Texas. The electic grid was essentially destroyed, potable water is scarce, and many uninsured buildings were flattened.

A couple years ago, my wife and I spent a week in Puerto Rico. We drove the circumference, visiting the cities and rural hideways, a trip highlighted by a couple days on Vieques Island, home of the world’s brightest bioluminescent bay. We also took in a Golden Gophers basketball game, toured the caves of Rio Camuy, and stopped in to quench our thirst at every brewery on the map. 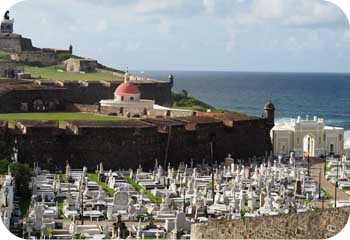 It’s heartbreaking to hear of the condition of Puerto Rico and its people today. There’s not a whole lot I can do from here, but our donor advised funds exist for a reason. I often give from our Fidelity Charitable account due to the lower minimum grant of $50, but I decided to give from Vanguard to a couple charities with the $500 minimum grant required by Vanguard Charitable. Recipients of this weekend’s giving are:

My aim in sharing our donations is not to be boastful or shame anyone, but to inspire others to consider giving in whatever way you can. It may be tough to step up once again if you’ve already given to aid the recovery from other recent natural disasters (including the Mexican earthquakes and damage to other Caribbean islands), but I encourage you to shake off that giving fatigue. Whether you’re sharing your money, time, or prayers, all are needed and welcome.

Have a wonderful week!