What do you get when you combine a nasally voice with a Minnesota accent? My voice! Have a listen as I chat with another anesthesiologist, Dr. David Draghinas on Doctors Unbound. Physician on FIRE talks Financial Independence and Blogging Skills.

How do you know how much you’ll be spending in five, ten, or twenty years? From fellow Plutus Award finalist Our Next Life, The Fundamental Problem with the 4% Rule for Early Retirement Isn’t the 4% Rule.

When the media talks about the One Percent, they’re usually discussing income. Net Worth is more meaningful, and Don’t Quit Your Day Job has a breakdown of net worth in America. United States Net Worth Brackets, Percentiles, and Top One Percent in 2017.

Will the 1% (that’s not me by a long shot, by the way) continue getting richer? The Corporate Monkey CPA explores How Trump’s Tax Plan Impacts The Early Retirement Dream.

Who knows if any tax legislation will actually pass? Who knows what the future holds? The Wall Street Physician contemplates the future in Bull Case vs. Bear Case: 4th Quarter 2017.

He’s not the only one curious about the economy. Ben Carlson of A Wealth of Common Sense looks at the historical record and the correlation of the stock market before, during, and after past recessions. It’s not as straightforward as you might think: Predicting the Next Recession.

You may know your risk tolerance, or at least you believe you do. Michael Kitces of Nerd’s Eye View dives deeper discussing not only risk tolerance, but also risk capacity, and perceived risk in Risk Composure: The Real Predictor of Who Can Stick to Their Investment Plan.

If a recession or nasty bear market does hit, we may want to dial back our budgets a bit. Two Green Docs share their vacation tips in Travelling on a Student / Resident’s Budget.

I wasn’t the only personal finance blogger purchasing lakefront property in the upper midwest this year. JL Collins of The Simple Path to Wealth fame detailed his saga in a three-part series:

Up until Wednesday of this week, I had been limping along with my fully functional Moto G cell phone. I say fully functional because it did everything a cell phone is supposed to do and didn’t have any flaws that caused me to jettison my poorly cared for phones of years past, which include:

But there are issues. It’s an 8 GB phone and it seems the operating system and bloatware now take up at least half of that. I kept running into space issues, having to delete one app to install another. How am I supposed to be the general manager of two fantasy football teams on different platforms without uninstalling Uber or OneNote?

The old droid has also grown rather sluggish and waiting more than eleven milliseconds for something to happen on it makes twitchy and surly. I knew I had owned this phone for awhile, but was surprised to learn I picked it up in February of 2015, more than two and a half years ago. And it was a refurb back then, setting me back $120.

Despite frequent clearing of the cache, I was constantly running low on storage space and deciding which apps I could live without and which were vital, like Bubble Breaker. Facebook Messenger went first, followed by the Facebook app itself. I couldn’t fit a single version on Angry Birds on it.

Charging was also a bit tricky at times. Some cords wouldn’t charge the phone at all and others had to be positioned just right. Time to upgrade!

So I ordered the iPhone X. Ha! As if.

I’ve been with Republic Wireless for the better part of three years now, and have been pretty happy with the service. I’ve used it around the country and even internationally (on wi-fi) and have had great service for the price. My plan costs me $13 to $15 a month for unlimited calls, texts, and data was essentially pay as you go (a refund plan, technically).

Republic uses the Sprint network, roams on others, and has a somewhat limited selection of compatible phones. The iPhone is not one of them, but I only buy Apple products with names like Jazz, Pink Lady, Gala, and Honeycrisp.

They do sell the following phones, but don’t typically have the best prices out there. 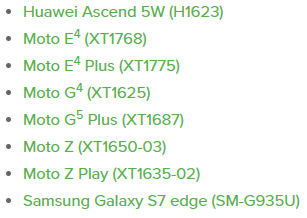 You can also bring your own unlocked phone if it’s on either the list above or this supported phones list. 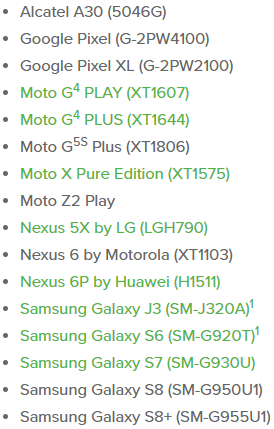 I found a great price on a new Moto G4 32 GB phone. For $130, I picked up a brand new shiny white unocked phone from B&H Photo. They no longer have that deal, but you can pick up the 32 GB version of the newer Moto G5 for $185 from Amazon if you’re willing to put up with ads on the lockscreen.

Mine’s not the latest Moto (G5) or the greatest (Moto Z), but it’s got plenty of space and computing power to do all that I want a phone to do. With a new phone comes a new plan. The latest generation phones are all on their Clear Choice Plans. If you want data, the cheapest plan is $20 plus tax for 1 GB.

With the upgraded Republic Wireless plan, I’ll be paying about $10 more per month than I was before. And that’s fine. It’s still a frugal plan. Continuing to struggle with a substandard sluggish old phone would have been the cheap move.

I’d rather be frugal than cheap.

As per usual, I’m recommending products that will not only make you richer, but may make me richer, too. If you click on one of these links and sign on with Republic or Personal Capital, you will be contributing to this site’s charitable mission. Thank you.

Have a marvelous week!