Nobody’s perfect. Recognizing your past mistakes and learning from them can make you a better person. Dr. Wise Money admits some of hers in My Million Dollar Mistakes, Your Free Lessons.

Bonds don’t get a lot of love, especially the last couple weeks as bond funds have been dropping in value. The Financial Samurai makes The Case For Buying Bonds: Living For Free and Other Benefits.

Changes. More than just a Bowie song. The healthcare banker known as The Green Swan explains healthcare changes coming in Healthcare to Change Again and How It’ll Impact You.

In an oldie but goodie, The White Coat Investor exudes common sense in Spend Your Money on What Makes You Happy. Sounds like a plan.

I’ll admit to updating this site or responding to comments from the call room, but I’ve never done this. Passive Income MD shares How I Bought an Out-of-State Investment Property From My Call Room.

A caring cardiologist in California who writes @ Dads Dollars & Debts (and enjoys alliteration as much as me) also buys into the idea of financial freedom as a worthy goal beyond financial independence. Work for Freedom, he says.

I thoroughly enjoy a post that is less opinion and more math. Nobody maths better than Dr. Big ERN @ Early Retirement Now. Here’s his practical look at a big question: Housing Choice in Early Retirement: Rent vs. Own.

Some things need to be insured. Insure wisely with the help of smiling CPA Brent Esplin who blogs @ The Micawber Principle. He shares some wisdom in The 10 Smartest Things Ever Said About Insurance.

Yesterday, for the second time this fall, I had the pleasure of meeting up with another personal finance blogger who happens to live Up North like I do. After cheering my alma mater on to victory on the gridiron, and staying to the bitter end despite a three-score lead to give the seniors the ovation they deserve (that’s why I was running a little late, by the way, AE), I found the man who is responsible for Apathy Ends.

I figured a brewery would be a good place to connect, because, you know… beer. Also, there’s free street parking next to one of my favorite breweries, which happens to be a block or two from the $20 parking spots and seven or eight blocks from the football stadium. So we got together and talked shop and life over delicious beers called Bender, Hopshifter #7, and Furious Black. Catch the Harry Potter pun?

As I might have guessed, my guest was an overly pleasant, down to earth guy who also has designs on an early retirement. He’s also well ahead of his millennial counterparts in the way he handles money. Personal finance bloggers tend to be that way. He also brews beer which is something we didn’t even talk about, so we will obviously have to get together again to trade tips and swap suds. 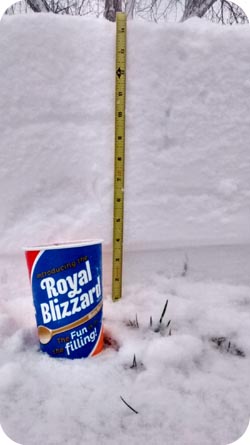 Like me, he is choosing to stay relatively anonymous. At least for now, I would rather keep my personal life and online persona separate, save for the occasional real life encounter in the shadow of the 100-barrel fermenters. I don’t know how long I’ll keep up that separation, and my mentor / inspiration Dr. Jim Dahle of The White Coat Investor wondered out loud how long it will last.

He wrote a selfless post reviewing all of us “Other Guys” who have sprung up over the last year or so, most of whom have been featured here in The Sunday Best at some point.

I enjoyed the showcase and I thought it was pretty cool that the good Dr. Dahle shared the love and sent his readers to sites that could be considered competitors. We all have a unique voice and story, and I believe that the rising tide will float all of our boats, but not everyone sees it that way. WCI has a mission of hooking his readers up with “the good guys” in the finance industry and he has proven beyond the shadow of a doubt that he is one of the good guys as well.

In other news, I wanted a Blizzard for my birthday — Candy Cane Oreo being the flavor of the month — but I got more than I bargained for. Buy one, get one free, and spend half the day shoveling and blowing snow. Just another day in November here Up North.