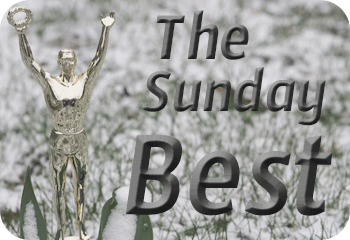 Congratulations to Millennial Doc for winning the autographed copy of The Doctors Guide to Eliminating Debt!

The family behind Freedom 35 chose to FIRE last fall and travel across the country. With a toddler and a baby on the way, how do suppose they’re doing? Six Months Jobless and Homeless: Financial Update.

Financial Independence can be hard to define. Has Passive Income MD become FI in sunny California? Maybe… I’m Financially Independent! If I Move…

Internist and potential future business owner Investing Doc ponders the state of doctors shying away from ownership and towards employment, asking Is Entrepreneurship Still Possible For New Doctors?

Mark, the Bare Budget Guy and cancer survivor is taking his family of six down south. Way down south. It’s Official! We are Moving to Central America.

Dr. P.I.E., Ph.D. and his family of four are counting down the months to FIRE and having a blast along the way. Check out their Adventures in Travel Rewards and a FIRE update.

Those sound like some totally great adventures! What does it take to qualify as great? Let’s let Ms. Montana break it down real proper like. 4 Elements for Great Adventures.

Rogue Dad MD addresses doctoring when not working. From “hey, what do you think of this rash?” to having a sick kid of his own. How does he handle it? Dr. Dad.

Ten years ago, we had a real estate bubble. Some think we’re looking at a stock bubble. And anyone who has studied economics knows about the tulip bubble. I got caught up in a different bubble in my youth, and The Economist recently featured it. The baseball-card bubble.

Australian otolaryngologist Dr. Eric Levi discusses the suicide of a busy gastroenterologist and the many issues faced by physicians worldwide in a trilogy of thoughtful posts:

I first heard your heavy voice as a freshman in high school. The year was 1991. You stated loudly and not so clearly, “I’m Still Alive.”

But your contemporaries are not. Not anymore. I’m sorry, Eddie.

You ushered in an era of music that would become the soundtrack to formative years. You remember, right? You were there. You were there with Jeremy who spoke in class today. He spoke loudly and clearly, kinda like your friend Kurt.

Your neighbor whose flame was extinguished before it had a chance to really light the world on fire. He certainly left his mark though, much like his predecessors Jim, Jimi, and Janis who also left the world decades too soon at 27.

But most of them left their mark on a different generation. They were there for my parents and my pothead uncle.

Kurt left us long ago. Lane succumbed to the needle and the damage done. Scott met a similar fate a few years ago. Chris has chosen to join them. I can’t imagine why.

Fame. Fortune. And then Nothing.

You’re still not using Personal Capital? Track all accounts in one place like I do.