I’ve advocated fighting burnout with financial independence. The Minimalist Doctor suggests a similar self-directed approach by embracing… you guessed it… minimalism. Find out how that might work in Healing Physician Burnout with Minimalism.

A young man is contemplating living on a boat after living in a much, much larger space. How great was it to live in a mansion? Find out what My Money Wizard has to say in What I Learned Living in a Million Dollar Home for 3 Weeks

Lately, I’ve been pondering why I want to retire, and what I’ll be doing once that happens. It’s always good to get the perspective of someone who has made the leap already. A friend of Fritz’s @ The Retirement Manifesto does just that in Retirement: The First 90 Days (A True Story).

In an oldie but goodie, Steve @ Think Save Retire breaks down his early retirement plan in How to Master Your Early Retirement Part I and Part II.

In a follow-up to comments on his early retirement posts featured here a few weeks ago, the Senior Resident Sensei responds to comments from another friend of ours, the Happy Philosopher: Early Retirement is Easy?

You know that long list of Yes & No boxes where the only right answer is No? They’re on every insurance, credentialing, and licensing application we fill out. MFM physician Dr. Christy Pearce recently had to check Yes. Read her powerful personal tale of Anxiety, Therapy, and Boxes @ Son of a Doctor.

Justin @ Root of Good took his family of five on a nearly month-long road trip, seeing many sights and spending very little. With a combination of smart travel hacking and pedestrian frugality, they spend under $1000. For all the details, check out his Trip Report: Toronto, Mammoth Cave, and Niagara Falls Road Trip.

One of Justin’s stops on his massive trip was Nashville, Tennessee. This last week, I found myself in that same neck of the woods. We spent most of the week with family a couple hours away, but my wife and I took advantage of some free babysitting, spending one night and two days in and around Nashville.

How did we do compared to the Root of Good family? Not so (root of) good, comparatively.

Here’s a breakdown of our spending over the course of about 30 hours:

Lunch: $21.64 enjoyed @ Koi on the outskirts of town on the way to Andrew Jackson’s Hermitage. This was money well spent. The lunch buffet featured sushi that was pretty darned good for lunch buffet sushi. The place had all the usual Chinese buffet fare, and a Mongolian barbecue station. If I were to frequent a place like this, my BMI would skyrocket.

Entrance fee to Hermitage: $40.00. It was hotter than Hades outside, which is apparently an everyday thing in Nashville in the summer. Fortunately, the main attractions, the museum and expansive home, were air conditioned. This Yankee was thankful for that. Touring a place so rich in history like this gave me a glimpse as to what a day in our year of road schooling our boys in a motorhome might look like. 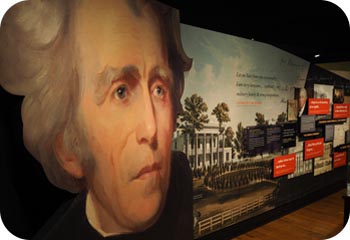 Entrance fees to the Johnny Cash Museum: $34.00. And it burns, burns, burns, like an overpriced tourist attraction. Having enjoyed both the cinematic Walk the Line and the satirical follow-up Walk Hard, I was interested enough to pay the price of admission. I do enjoy his music, and if he wasn’t so prolific, recording some 1500 songs, I might say I celebrate his entire catalog. I’m glad we went; it’s something you do once in a lifetime. 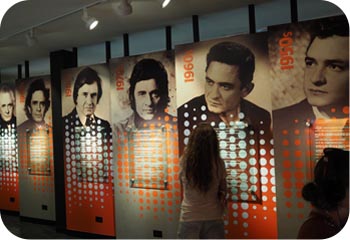 Dinner and drinks and drinks: $67.98. After enjoying the Cash museum, which included video of Johnny’s turn as a coyote on the Simpsons, we wandered south to The Gulch, where four breweries are located. Only two were open on a Tuesday evening: Tennessee Brew Works and Jackelope Brewing. We enjoyed some apps and samples at the two, and ended our evening with a nightcap or two at Tin Roof, which had several live acts onstage. 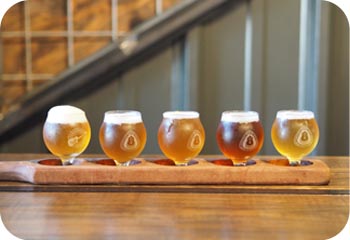 Hotel: $91.33. Like Justin and his family, we used Hotwire to reserve a room. It wasn’t awesome, but it was certainly adequate, and came with a free parking spot and a hot breakfast with omelette station.

Visit to Third Man Records: $0.25. Jack White’s vinyl record and curio shop was way cool. I spent a quarter to bring the Monkey septet to life for a brief spell. 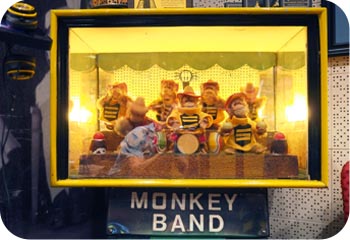 Entrance fees to The Parthenon: $12.00. Why wouldn’t you go inside the world’s only full size recreation of Greece’s Parthenon? This place is even better than the original. It’s air conditioned. And Nashville in August is hot. 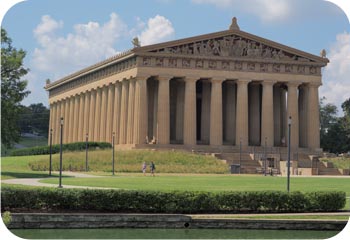 Lunch: $20.00. After a free stroll through the historic homes of Franklin, TN, we shared a salad and appetizer downtown. We also hit up a thrift store and picked up a couple books for a grand total of $0.59.

Dinner: $50.50. That evening, we got together with a couple that we don’t see nearly as often as we would like. I’ve been friends with the husband for 35 of my 40 years on this earth, so it was great to get a chance to meet up. After becoming acquainted with their three boys under age five, we snuck away for fancy burgers at a joint far away from the noise of three boys under age five.

Grand total: $363.29 for the two of us, or more than a third of Justin’s budget for three and a half weeks for his family of five.

And I’m OK with that. It would not be difficult to spend twice or more what we did, with an upscale hotel and a little fine dining mixed in. We had a great time, and I look forward to the days when we will have the luxury of spending more time exploring the ins and outs of cities like Nashville.

Have a great Labor day, and enjoy what’s left of the week!

Highlighting the Sponsors that make this site possible and support its charitable mission.