Why does financial indepdendence appeal to you? Have you identified your “why”? The Darwinian Doctor has. Caring for cancer patients younger than you can have that effect. My Why: Family, Friends, and Freedom.

Jessica Garbarino of Every Single Dollar has exercised her freedom. She shares her “why” in Why I Walked Away from a Six-Figure Job. I can identify.

Being sued for millions for volunteering on the hospital Board had me ready to walk away from medicine. That was one expensive insult.

In response to continued insults on the profession, physician anesthesiologist Dr. Karen Sibert of A Penned Point warns, Keep up the Insults, and Good Luck Finding a Physician in 10 years. She states, “I wonder sometimes what it would be like to go to work in the morning and NOT have to worry that I might kill someone.” Again, I can identify.

Don’t have that kind of freedom? Perhaps you should focus on Deleveraging Your Life, as The White Coat Investor and I have done.

In light of last year’s 30% return on US stocks, is it time to rethink bonds in your portfolio? Nope! If anything, it’s a great time to remind ourselves of the role they play. IQ Calculators asks, Do Bonds Belong in Your Portfolio?

Does Real Estate belong in your portfolio? I consider it optional, but it comprises about 20% of my portfolio, and I like the further diversification it provides. Derrick Deese of Wealth Noir also likes real estate as an asset class, despite his initial fears. My 6 Biggest Fears About Buying My First Rental Property.

I haven’t purchased a rental property of my own, but I have found an easy way to benefit in a much more passive way. Compound: A New Way to Earn Rental Income from Condominium Ownership. Compound is currently offering a lifetime fee waiver on the platform for PoF readers who invest a minimum of $20,000 in their initial Miami property.

There are many ways to get into the real estate game. Passive Income MD knows them all. 6 Ways to Invest in Apartment Buildings.

At least the dinners weren’t hosted by one of Dave Ramsey’s non-fiduciary paying customers. Ryan Luke of Arrest Your Debt finds out the hard way what they’re all about. My Experience with Dave Ramsey’s Endorsed Local Provider (ELP).

Financial advisors are not all bad, though. You just need to figure out if you need one and how to find a good one and avoid the rest. Dr. James Turner and Ryan Inman discuss this in the Money Meets Medicine podcast (The best MMM since Minnesota Mining and Manufacturing (3M) and Mr. Money Mustache!). Episode #2: Would a Financial Advisor Add Value for You? Bonus points if you know the first of 3 the M’s in 3M stood for Minnesota. Extra credit if you knew all 3!

Winter in Spain Versus Winter in Mexico

So far, we’ve escaped most of the upper Midwest winter by spending two months in Mexico and we’re two and a half weeks in to our two months in Spain. I’ve got a couple of blog posts coming up detailing the Mexican portion of our winter, but I”ll take a little time to compare and contrast.

Language: Obviously, Spanish is the primary language in Mexico and most of Spain. Although, Valencian is also spoken here in Valencia, and Catalan is commonly spoken in Barcelona, our next destination. The Spanish spoken in Mexico is probably more similar to what I’ve been learning on Duolingo.

I know enough to convey a message or ask simple questions, but I don’t know enough yet to understand much of what comes back at me. I’ve got a long way to go, but I did just hit 100 days in a row; I’ve taken at least a lesson or two daily since we first landed in Mexico. 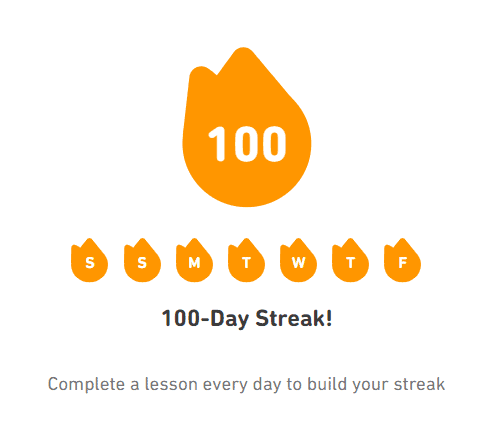 Food: There is a plethora of good food in both places. There is a lot more spice in the food in Mexico. A LOT more, which I like. In Spain, if it’s labeled “caliente,” there might be hint of a whiff of some heat, but they obviously don’t have a taste for the hot stuff here in Spain.

Restaurant meals and produce from the produce stands are definitely cheaper in Mexico. However, most restaurant meals in Spain are cheaper than a comparable meal in the states. The tax is already factored in and tipping isn’t customary or expected (we do sometimes tip a bit), but it’s not like you have to add 25% to 30% to the menu price for tax and tip like you do in the states.

Spain does have lots of produce stands, and some great supermarkets. Within 1 km or so, we can get to Aldi, Lidl, and Mercadona. There’s a Consum on our block. All four stores are clean, bright, and full of good, low-cost groceries. I would say the packaged goods here are cheaper than they were in either Mexico or the U.S. by 10% to 50%, depending on the item.

For example, you can get a bottle of red wine for under 1 Euro ($1.10) and a 12-pack of cheap lager beer for under 3 Euros. It’s crazy how you can get beer for a quarter here and the cheapest beer in Iceland is like three bucks. 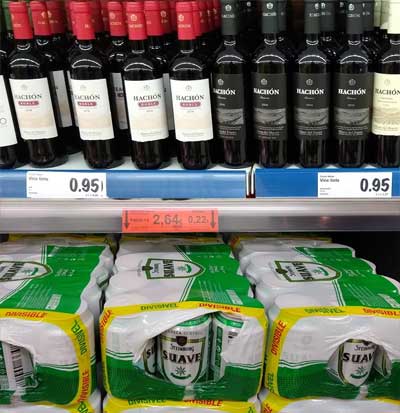 I almost never drink wine and buy the more expensive beers, which are still a good bargain. One of the benefits of Michigan’s Founders Brewing Company being 90% owned by a Spanish company is finding versions of their beers here for about $1 apiece, like a session IPA that is likely the same recipe as Founder’s All Day IPA.

Weather: Mexico wins, hands down, but Spain’s not bad, either. In Mexico, we had highs in the 70s and lows in the 40s or 50s and abundant sunshine.

We’re 10 to 15 degrees Fahrenheit cooler here in Valencia. It is usually sunny, but we were rained out for about three days straight earlier this week.

Now that we’re back to the norm of highs around 60 and lows in the 40s, it’s perfect running weather again. We continue to train for the Barcelona half-marathon, and it was a lighter week to recover a bit after last weekend’s 11-miler. We’ve got a 12-mile run next Saturday, the longest before the 13.1 we’ll run on February 16th.

Runs from the last week below. #accountability

This week, we welcome my parents as they join us for a week apiece in Valencia and Barcelona. Just a bunch of retired people and a couple of grade-schoolers out sightseeing. I’m excited for them to see this beautiful city!