I shared my plans to travel for weeks at a time with my friends at Keep Thrifty. Our trips don’t quite qualify as mini-retirements, so we came up with a new term. How I Created My Own Micro-Retirements.

Ben Carlson of A Wealth of Common Sense approves of what we’re doing and thinks you should do something similar. Why You Should Be Working Less.

The Doc of All Tradez has something to say about working less. I Just Quit My Job After Taking the Red Pill.

Zach, the young man behind Four Pillar Freedom, unplugs himself from The Matrix long enough to pen a letter from his future self, a unique and thoughtful twist on the more typical “letter to my younger self” post. A Letter from my 34-Year Old Self.

Fritz, the not-so-young man behind Retirement Manifesto, seems to have forgotten his age. Tales of adventure, excitement, coldwater swims, and broken ribs abound in this two-part series:

The Biglaw Investor, with whom I shared a $25 burger and a $33 burger last week, is living life on the limit of a single one income. How, exactly? Strategies for Living on One Income.

If there was a franchise that could consistently and successfully sell $33 burgers, I’d be the first to sign on as a franchisee, despite knowing very little about franchising. Passive Income MD knows a little something, and he shared that knowledge in The Basics of Buying a Franchise.

Although not quite a millennial himself, Passive Income MD made a guest appearance over at Millennial Money Man, discussing 10 Powerful Reasons Why You Need Multiple Income Streams.

Additional income may be even more important when the people working for you know you’re a physician. Nisha Mehta MD describes a situation in which she was discriminated against and overcharged simply because she and her husbands are physicians. Another reason to practice Stealth Wealth is on display in The Doctor Dollar.

It can be even worse for lottery winners. Everyone knows about their wealth. Many have squandered their winnings, but Steve at Think Save Retire shares a number of refreshing stories in which winners used their riches wisely: Weird, Wild, and Awesome Lottery Spending. 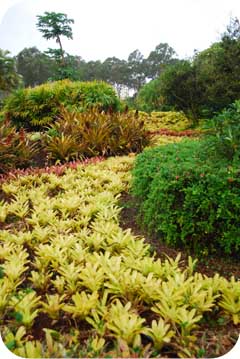 As this post is published in the wee hours of the morning, the four of us are on a shuttle heading to the airport to catch a plane to the 50th state. Hawaii, here we come!

I don’t know if “micro-retirement” is the best term for it, but I described our last one in Guanajuato as a preview of life after FIRE, so I am clearly considering each of these three-plus week trips as a small slice of what life could be like in early retirement.

I hesitate to call a three-week getaway a vacation, because it’s not exactly that, either. Compared to the last trip, though, in which we stayed put in one apartment for the entire time, this one will be a bit more fast-paced.

We’re spending time on three islands (Kauai, Big Island, and Oahu), and I’ll be attending a four-day anesthesia seminar in the middle of the trip. I also have tentative plans to meet up with blogging and podcasting friends on each of the three islands we’ll be visiting. Surf lessons from Nords of The Military Guide? That’s an offer I couldn’t refuse.

If you’ve got any must-see or must-do tips for our destinations, I’m happy to hear them. Keep in mind we’re traveling with our 7 & 9 year old boys, so family-friendly adventure is what we’re looking for.

The City So Nice They Named It Twice!

I spent a few days in New York, New York for the first time in about ten years this last week. The time flew by, but I did get to see some cool and powerful stuff. I also met up with a college buddy and a handful of friendly bloggers, some of whom were in town for the NYSE event put on by Inspire Investing. 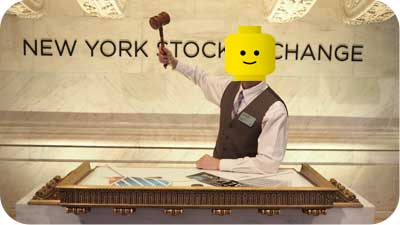 In addition to the mallet-pounding, I found time to see Times Square at night, ice skating at Rockefeller, curling in Bryant Park, the Houdini museum, and the September 11 Memorial. I clearly remember hearing reports on the radio in an operating room at North Memorial Hospital, describing one plane and then another striking the Twin Towers on that fateful day.

I hope to have more time the next time I visit the Big Apple, but for those of you I did get a chance to see, I’m glad we were able to connect. That list includes:

Good luck to the Eagles and Patriots in the Super Bowl. My team’s not playing, so I’m not going to pick a side. Based on this video from the mayor’s office, I think I know who Jacob Frey, the mayor of Minneapolis, will be rooting for (be sure to watch to the very end).

Also, good luck to the fans who will be braving single-digit temperatures with windchills below zero on what will easily be the coldest Super Bowl ever. Fortunately, the stadium is well heated. Surly Brewing did a great job welcoming fans with their outstanding tongue-in-cheek Minnesota Primer.

Have a Super Week!