My story is one of the last among a few dozen tales of extreme frugality. It involves the NCAA Wrestling Championships, which just happens to have taken place this weekend. From Making Sense of Cents, 50+ Crazy Things People Have Done To Save Money.

You see, my parents taught me the value of a dollar, and I didn’t have many dollars back then. How do you teach a kid about money? The Wealthy Nickel (paradoxical name, no?) has a guide for kids at all different stages. How to Teach Kids About Money (At Every Age).

>Or you could just plop them down in front of the TV (or whatever device kids watch cartoons on in 2019). The Poor Swiss could have been The Rich Swiss if he had only learned the lessons he’s now gleaned from these popular animated programs:

You probably won’t be teaching your young children are the intricacies of selecting an appropriate asset allocation. That’s more of a grownup topic, and the Millionaire Doc covers it nicely, integrating his penchant for real estate investments into one cohesive allocation. What’s the Right Asset Allocation? Well… that depends.

Get in the zone! No, not Autozone. Not Syracuse’s 2-3 Zone, either. The Wealthy Doc wants you to understand what Wealth Zone you’re in. He’s not trying to defeat you; he just wants to help. Know Your Wealth Zone and Have Money For Life.

Would you rather be happy or wealthy? It’s a tough question, but of course, it presents a false dichotomy. Read the Physician Philosopher (no relation to the physician known as the Happy Philosopher) and wind up both happy and wealthy. Mo’ Money, Mo’ Problems: Mastering Happiness Economics.

Am I Financially Independent Yet? For Dr. FIREFly, a Canadian resident physician, the answer is a big fat “no.” But the fact that the good doctor is asking the question makes me think it will come more quickly.

The woman behind A Purple Life is getting is closer to FI. It could be because she took both the blue pill and the red pill (hence, the purple) or because she found a way to cut her time to FI in half. Either way, she’s taken the time to try out the FI life. Testing My Early Retirement Schedule.

How does one get to that magical place known as FI? Michael shares many ways to achieve this Uncommon Dream in many words in this masterpiece: The 7 Ways to Escape the Rat Race.

Miss Bonnie MD has been interviewing female physicians from around the country to get a sense of they manage to balance work, life, family, and finances. I’ve met a couple of the following women in person and know a couple more from their blogs. It’s been a few months since I featured the series, so let’s get caught up!

Yesterday, my friend Carl, a.k.a. Mr. Mom, sent me a picture text. 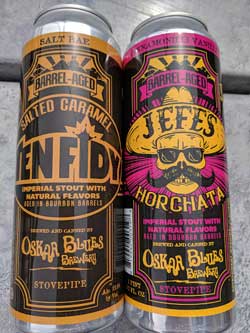 I’m not usually super spontaneous; I’ve actually had the flight booked for months. I just wasn’t sure what I’d do with my long weekend. I initially had plans with another friend, but those plans worked out about as well as the Golden Gophers plans to make the Sweet Sixteen.

It’s been a couple of years since I was out that way, and I’m looking forward to checking out the newly expanded MMM headquarters and maybe a brewery or two.

Carl, a.k.a. Mr. 1500 a.k.a. my Colorado tour guide may be planning a get together via the Choose FI Denver Facebook group, but I’ll be sure to announce any specific plans via my e-mail list. You can join that here if you haven’t already.

Have a Rocky Mountain High kind of week!