I’ve had early retirement on the brain lately, and the blogosphere has quenched my thirst for insightful posts from writers with some experience on the topic. With the recent MOAB-like explosion of articles on the subject, I ended up with a theme here today.

Wealthy Doc shows us how a Family Practioner with a Financial Plan can retire early and comfortably. FP from Residency to Retirement. Retire at 55.

Early retiree Joe Udo @ Retire by 40 has found his early retirement is not quite what he envisioned. He shares 5 Dreams That Did Not Come True in Early Retirement.

Only a few months into his early retirement, Steve @ Think Save Retire has already altered his expectations. The Thing that Surprised Me Most About Early Retirement.

Here’s a doc who has chatted up a couple early retirees recently. What lessons did Dr. Mo of Urgent Care Career learn? Stories of an Early Retiree.

ESI Money teamed up with Budgets are Sexy to describe 10 Things I Didn’t Expect in Early Retirement. There’s not a bad thing among them.

Freedom is Groovy, a recently retired couple, reached out to others who have chosen a similar path to learn from their experience. Early Retirement Highs and Lows: Eight Top Bloggers Weigh In.

The Groovy couple got some wise perspective from some blogging greats, but not from Financial Samurai. Fear not — he wrote an entire post of his own. Early Retirement Five Years Later.

For some, the goal isn’t necessarily early retirement, but location independence, or the ability to earn enough to live a rich life anywhere in the world you choose to be. Laurie of The Three Year Experiment explains Why Location Independence is So Important to Us.

This public service announcement is brought to you by the fact that e-mails of my own blog posts from Mailchimp have been going to my Gmail spam box. The nerve!

Furthermore, when I actually looked at the Spam folder for the first time in many months, there were several real e-mails from real people like you written directly to a real person like me.

I don’t know exactly what the Spam filter looks for, but the number of false positives was alarming.

I rescued a handful of personal e-mails, and have sent my replies, but if you’ve sent me a genuine e-mail in the past, and I completely ignored you, it was unintentional.

If you have subscribed to my e-mails and have not been receiving regular e-mails, be sure to add my e-mail address to your contact list. pof [at symbol] physicianonfire dot com

If you haven’t subscribed, and would like to, here’s a great opportunity to do so!

I’ll be heading west for a meeting late next week, and after a 96-hour call shift that ends Monday morning, I’ve got the whole week off.

When I went to book my flight, I found that I could save the kind people who are reimbursing me for the flight by taking two flights with an extended layover. With my wife’s permission, I stretched that layover to four days. 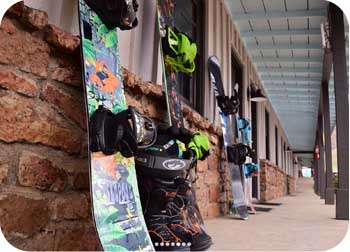 My buddy, a class clown turned entrepreneur who’s been a close friend of mine for 37 of our 41 years on this earth, bought a motel and log cabin in the mountains last year, so I’ve got my choice of free places to stay, and fantastic company while I’m there.

As soon as I booked the flight, I started running again. Not literally that minute, but I’ve tried to run at least a few miles most days this last week.

You see, my friend is an avid athlete and ultra-marathoner. I have no aspirations to literally follow in his footsteps, but If I’m going to visit him in mile high country, I’d like to have a fighting chance to keep up on a few short hikes.

I’m looking forward to seeing some waterfalls, walking ’til weary, and resting my wobbly legs in the motel lounge. I’m told they have Ska Brewing on draft! Next week, MH stands not for Malignant Hyperthermia, but for Modus Hoperandi. Cheers!

Later in the week, before heading to the meeting, I’ll spend an evening with the 1500s — the man of the house will have been early retired for one full week by then. If you missed his announcement, I’ve got a bonus post for you, simply titled Free.