Last summer, an enterprising urologist reached out to me with an interesting story to share, and he offered to write up his story for me to share.

I often quote or paraphrase Henry Ford’s saying: “Whether you believe you can do a thing or not, you are right.”

Today’s guest author believes he can and he’s not afraid to ask. Five years into his career, he’s worked his way up to a million-dollar-plus annual income. Today, he shares his origin story and how he arrived at this lofty annual income.

He has shared his identity with me, but prefers to remain anonymous on this public post.

My story begins in the rust belt during the blizzard of 1978. I was the fifth child born to second generation American parents in their late forties. I ended up losing my father to suicide when I was 11 years old and my mother to health issues when I was 13.

My father worked on the railroad and my mother never worked outside the home. I was 13-year old orphan plunged into the world with an inheritance of $8,000 dollars. My older sister became my guardian but needless to say I was as much of an adult by 13 as I am today at 41.

While not having parental guidance, I was blessed with intellect and a ferocious work ethic. I did carry financial scars with me after this ordeal as my mother and I lost all income when my father passed. We eventually were able to receive a modest railroad pension which is roughly equivalent to social security but times remained tough before and after my mother passed. 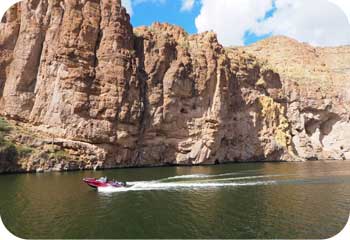 Fast forward: I ended up attending a prestigious undergrad institution and then on to medical school. I always thought that Doctors were financial titans and a substantial portion of their financial prowess came from owning their practices.

I went into medicine expecting to be a small business owner after training. I did well during medical school and choose Urology as a specialty. I chose Urology not only for the work but also found the business end of the specialty to be appealing.

It was after choosing Urology that I made a few realizations. First, the age of the solo Doc owning his own practice was quickly becoming extinct. Second, my professional aspirations still included business ownership.

It was during my intern year when a rural hospital about an hour from my training expressed interest in having me practice there after training. I had rotated there during my medical school OB/GYN clerkship.

I quickly dismissed this idea but after considering my family, which started during my 4th year of med school with my first child, I began to think that this could be the place for me. After all, this position was about 15 miles from my mother-in-law, which is where we all end up anyway.

I had an exceptional time negotiating my contract. I used websites, blog sites, and personal conversations to develop my package. It was very early in my training which allowed me a lot of wiggle room. I signed a deal to practice there after residency.

I was able to negotiate a $50,000 signing bonus, $25,000 per year stipend during residency, and $125,000 of student loan repayment. My deal was to start a solo private practice where I would be guaranteed the 50th percentile salary and full practice support.

This period would last for 2 years and then I would need to stay for an additional 4 years, which ends in August of 2019. After negotiating this deal, I became known as an “expert negotiator” and have helped several colleagues in several areas of medicine navigate the contracting process.

I started into private solo practice right out of residency. I hired an office manager and full complement of staff including an advanced practice provider (APP). I was able to build out my office during residency have the hospital rent it from me prior to graduation for the retiring urologist to practice.

Private practice is tough; private solo practice right out of residency is as tough as it gets. At the end of my two years of practice and income guarantee, I had to decide whether to remain in private practice or become employed.

I used several accountants, other physicians, and hospital administrators in my analysis of the two roads. After two years of private practice, I sold my practice and became hospital employed.

I had some colleagues who looked up to me in the private practice world very disappointed in my “selling out” and going against everything that I preached. These same folks were also very anxious to hear the details and learn more of how I came to this conclusion.

It was during my second year of my income guarantee that I had heard some of the dollar per RVU numbers that my colleagues were getting. I then converted my practice into RVU counts. I did the math and was blown away.

I went to the negotiating table, where I am very comfortable, and I was able to negotiate a better rate than my colleagues and a few other perks. I was able to have the hospital lease my office for me to work in, effectively becoming the landlord netting about $30,000 per year.

I was able to maintain two additional Urology positions outside of the health system. I was able to keep my surgery center and lithotripsy ownership. I was also able to create a unique financial relationship with my APP that has recently been adopted by the entire 45+ hospital system.

Current situation: I have been hospital employed for three years now and am happy. I am able to make about $700,000 in my main employed position. I make about $150,000 per year working in a second hospital system on Fridays; I average about 2-3 per month and cover consults.

I also take one weekend of call per month at the hospital where I live and make an additional $50,000 per year doing that.

We make between $1.3 to $1.5 million per year in household income. This high stable income and my Midwestern residence have afforded me the ability to enter the side hustle game and satisfy my want of business ownership.

I literally closed my first non-medical side hustle on the same day that I became employed.

What else would you like to hear about from the 7-figure urologist? Have you negotiated well for yourself? Let us know in the comment box below!