If you’ve been piling money into your retirement accounts, maxing out every tax-advantaged option available, and spending what’s left over, you’re likely to end up in good financial shape.

There’s a problem, though. A lot of that money is not easily accessible, especially for the would-be early retiree.

How do you bridge that gap if you plan to stop working in your fourth, fifth, or sixth decade of life? Dr. James Turner has some answers. Six and a half of them, to be exact.

We recently discussed the epochs of early retirement, and today’s Saturday Selection takes a deep dive into that first epoch. This post was originally published at The Physician Philosopher.

We love talking about FIRE (Financial Independence and Retire Early).  “I cannot wait to be able to do what I want, when I want. Every. Single. Day!”  What we don’t spend as much time talking about is the inherent early retirement gap that is created when we FIRE.

What is the early retirement gap?  It is the time between when you FIRE and when you turn age 59.5 and can access your traditional retirement funds.  At age 59.5, you’re likely on dry land as you can now access your 401K, 403B, and IRA from all those years of work without getting slapped with a 10% penalty for early withdrawal (though there are ways to avoid that).

When we make all of our brilliant plans for early retirement, we often think about the freedom it will provide.  Sometimes, however, we fail to think about the specifics.

Most people will use “the 25X rule” to determine how much is enough to retire, though I follow a hybrid model of financial independence.  For the math purists,  if your annual expenses come out to $100,000 post tax each year then you likely need $2.5 million to be financially independent.

If you plan to retire early, you may want to be more conservative (though this is debated) and multiple your annual expenses by 30, or $3 million in this example.  Then you could draw down 3.33% of this nest egg each year to provide you $100,000.  That is likely to last a very long time based on the Trinity Study even for an early retiree.

However, this math gets a bit dodgy when the majority of our savings is stuck inside a retirement account that we cannot use (e.g. our 401K or 403B) until age 59.5 lest we receive a 10% penalty on anything we take out.

The problem is this:
How do we bridge the gap from early retirement to age 59.5? 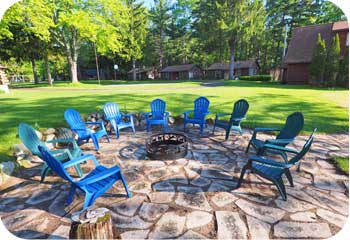 Before we get to the nitty gritty, don’t forget about the exceptions to the 59.5 rule (here is a post by Physician on FIRE that lists them, if you are curious).

A lot of early retirees advocate for having a year or two of annual expenses saved up in  cash reserves.  There are two major advantages to this tactic.

First, if you don’t touch your investments for the first two years you retire, you can let your investments grow without having to worry about Sequence of Return Risk.  This is a great way to make sure that you truly have enough in retirement.

The second reason is that it is the easiest way to bridge the early retirement gap!  There is no penalty on money that is sitting inside a high-yield savings account.  Use it as you will.

Another source of money to bridge your early retirement gap is your taxable account.

This is likely the first account that you should draw down in retirement.  It has the least tax benefit and has the most flexibility in terms of access.  You simply take the money out that you put in, and pay your long-term capital gains taxes (held for more than one year).  These taxes, which are usually 15-20%, are often substantially less than what you were paying in your peak earning years.

In fact, one reason I created this post is that I’ve read that some people actually stop putting money into their 401K/403B and, instead, put it into a taxable account so that they can access it more easily.  They think this is the only option in early retirement.

As you’ll read below, this is not the case!

One of the least complicated ways to have enough money in early retirement is to have income from work.  I hear you saying, “Wait a minute! I thought we were talking about retirement.”

This is true, but let me give you an example.  My main gig is working as an anesthesiologist.  However, that is not the only way that I make money.  For example, The Physician Philosopher blog makes money, too.

Here are two ways I can partial FIRE.

First, I can take a step back to 0.5 FTE (Full-time equivalent) or 0.7 FTE.  Part time work can help me find the ideal work-life balance.  It would provide time for me to do things I want to while still earning access to retirement accounts, health care benefits, etc.

Second, I could also consider working on other things that bring me joy, but aren’t my main gig.  Say I retire early and devote more time to this website or to real estate or creating inventions.  There are many examples of physician side hustles. All of these may take up less time than a full-time job, provide income, and allow you to still have an active retirement.

Humans are meant to be productive one way or another. This is why the people that retire well still have passions that they pursue.    Playing golf every day is going to get old after a while (though right now that’s hard to imagine).

You need something to do when you are bridging that early retirement gap.  Hopefully, it can also make a little money for you.

One of the most common questions I get from my new colleagues is about 457 plans.  I’ve written a post about everything you need to know about investing in a 457 plan previously.

The one thing I will say that 457’s are definitely useful for (if they have good investment and distribution options) is early retirement.  Unlike your other retirement accounts, you can access the deferred compensation 457 as soon as you leave your employer.  You’ll, of course, pay taxes on what you deferred… but that’s fine.  At least you aren’t getting slapped with the 10% penalty.

I am not currently contributing to my employer’s 457.  However, they have good distribution options, including the option to receive the money over a fixed period of years (2-30 years).

This is perfect for early retirement.

I could subtract my current age from 59.5 and stretch my 457 until I can access my 401K/403B.   Ideally, I would be in a lower tax bracket in early retirement than I was in my peak earning years. So, this could provide a great benefit without getting hit by the 10% penalty.

Or I could take it out over a shorter period of 5-10 years to avoid getting hit with high taxes while I perform a Roth Ladder Conversion on my 401K (see below).  Also, a shorter time period means I don’t have to worry about the financial stability of my institution longer than necessary once I am gone and have no idea how it’s doing.  Remember, the 457 is considered owned by the employer and is available to creditors if your employer falls on bad financial times.

Using a Roth Ladder conversion is a really good strategy to bridge the early retirement gap.  Particularly, in early (full) retirement so long as you can keep your taxable income low enough to take part.

The key is you have to wait 5 years to access that money!  So, you still need five years of money saved up in early retirement (likely from numbers 1-4 above) to get you through the five years until you can access the money you have laddered.

If you want to read more about Roth Ladder Conversions you can check out the articles written by Big Law Investor, Money Under 30, and Route to Retire.

I have talked about SEPP options to avoid the 10% 401K/403B penalty before.  However, it is an option that you have to access money in early retirement before age 59.5

The IRS states that if you take payments “as part of a series of substantially equal periodic payments beginning after separation from service” that you can avoid the 10% penalty.  The stipulations are the following:

The gist is that you can arrange for equal payments to occur for you from your 401K/403B for five years or until age 59.5 (whichever happens later).  This can provide some money if you need some not covered by the four above.

This one isn’t a full number for a reason.  You can choose to take any Roth contributions out tax-free.  However, this has two problems.

One, you have to determine the proportion of which is your (non-taxable/penalty free) contribution and what is growth.  So, if you want to take out $10,000 and $9,000 of this is the contribution (not taxed/penalized) the remaining $1,000 will be taxed and possibly be assessed a 10% penalty if accessed early.  This starts to get complicated.  Particularly, if you made a backdoor Roth IRA conversion.

Second, you should be accessing your Roth money last as this is money that is best left as a stretch Roth IRA inheritance and also has the biggest tax benefit.  You’ve already paid the tax.  Let it grow tax-free and take it out tax-free later.

I mention this because it is, technically, an option.  Just not one that I would not choose lightly.

Retiring early can seem like it is all fun in the sun, but there are some details that must be worked out first.  Chief among them is how you plan to access all of that money you have saved away for the impending early retirement gap.

If you want more information on this subject, you can also check out posts by others who have blogged about the topic:

Related: The Epochs of Early Retirement

What are your thoughts?  Do you plan on retiring early?  Have you already done so?  What was your plan to fill the gap prior to age 59.5?  Leave a comment below.