If you’ve read any advice related to early or standard retirement, you have encountered the following mantra:

Retire To Something is great advice and I’m not here to dismiss or disparage it. I could have just as easily written this post with the quote as the title, but where’s the fun in rehashing advice that appears on the pages of hundreds of other articles and forum threads on the subject?

So let’s try the phrase with some different prepositions.

Retire On your own terms. Leave when you’re good and ready, not when someone else decides it’s best for you to move on.

Retire On the day of your choice. Perhaps you’ll celebrate your birthday with an early retirement or decide to make Labor Day your Anti-Labor Day. Or work just long enough in the calendar year to max out your retirement accounts one last time.

Retire On a sizable pile of investments. Play your cards right and your passive income streams and investment accounts will allow you to live a retired life with little worries about money with your safe withdrawal rate below four percent.

Retire On drugs. Just kidding! Don’t do that. Maybe some metoprolol and a baby aspirin. Toss in a statin if your liver will tolerate it and probably some insulin if you’re diabetic. But none of the illegal stuff.

Retire With your better half. If you’ve achieved FI as a couple, you’ll probably want to enter the next chapter together, as well.

Retire With your kids’ best interest in mind. Build up their 529 Plans first. Expect to be more present for them than you were able to be during your working career. Make it to every game, recital, and holiday celebration for the rest of your years.

Retire With your health intact. Many an ailment has led to a retirement that was neither planned nor fully funded. Take care of yourself and retire while you’ve still got some of that youthful vitality!

Retire From the obligation of paid work. While the common quote begins with “Don’t retire from something,” that’s exactly what you’ll be doing. Embrace your newfound freedom.

Retire under a blue sky. Make plans to visit your dream destination and plan to stay awhile. #slowtravel 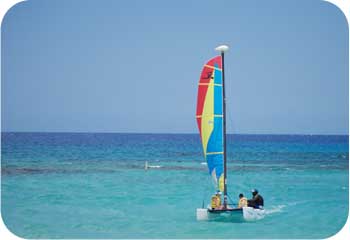 Retire under the impression that you’re making the right choice. If you turn out to be wrong, you can always return to paid work someday.

Retire under mysterious circumstances. If you’re not comfortable telling people you’re retiring when you’re so young and good-looking, just say you’re moving on to explore additional opportunities and other vague language that implies you’re not actually retiring. And then do whatever it is you want to do.

Retire Before it’s too late! Sadly, some people never get a chance to experience a single day of retirement. I suppose that’s the dream for someone who absolutely loves to work, but if you’ve read this far, that’s probably not you.

Retire Before your friends and colleagues. Be prepared for looks of bewilderment and lots of questions.

Retire Before your parents. It’s too late for me, but millennials are realizing it’s possible and seizing the opportunity. See Retire Before Dad for further details.

Retire In the prime of your life. Why wait until you’ve experienced decades of physical decline and at higher risk of cognitive impairment to retire? Play with FIRE and retire when you’ve got the energy and ability to check all the boxes on that bucket list.

Retire In your dream home. A dream home doesn’t have to be a grand estate, but it should be right sized for you and in the geographic location you most want to be. Without the need to work, you can live wherever you’ll be happiest.

Retire In comfortable clothing. No more suits or starchy scrubs. Business casual becomes beach casual. You can still dress up if and when you want to, but wearing certain clothes (or in certain places, wearing any clothes) becomes optional in retirement.

Retire For your mental health. I’ve explored how retirement can make it easier to do all the things that science says will make us happy. Rates of depression and suicide are higher among physicians as compared to the general population. Retirement can take away those stressors and give you back your time.

Retire For your family. As long as you’ve taken care of your financial needs first, retirement can benefit your immediate and extended family. You’ll now be able to prepare a meal and sit down with your family to enjoy it on a more consistent basis. When a loved one becomes ill, you can go to them and spend all the time with them that they may need.

Retire For a change of pace. Maybe you just need a break. Or a different career; remember, retirement doesn’t have to be permanent. But if you’re in a career or life rut, and you’ve saved a good deal of money, a trial at retirement might be just what you need to figure out what you want the next chapter of life to look like.

What did I miss?

Give me your best Retire ________ Something below. I look forward to seeing what my creative readers come up with!

61 thoughts on “Don’t Retire To Something. Retire On Something.”