Today’s Saturday Selection from the White Coat Investor is a nod to current and former members of the military on Veteran’s Day. From both of us, thank you for all that you’ve done and continue to do to keep our nation safe and free!

Dr. Jim Dahle, the author of this post, has experience as both a military and civilian physician, making him particularly qualified to explore this topic.

This post originally appeared on The White Coat Investor in 2012, and has been partially updated for 2017.

As noted by commenter Mike below, there have been additional changes in the last five years that should also be taken under consideration, including changes to Military Specialty Pay. You can also download the Medical Corps Specialty Pay Guidance document here. Please contact me with additional considerations and I will add them to this post.

I had a question that I’d been meaning to address as a blog post.  By the time I had the email answered, most of this post was written.  Just about every military physician contemplates this question multiple times during his career.   You’re basically weighing the lower salary and additional hassle of military practice against losing the extremely valuable retirement pension (with Tricare for Life) available after 20 years of service.

It’s Not A Financial Decision

Before moving on to the financial implications of this decision (that you’re all so interested in), I’d just like to emphasize that this is not primarily a financial question.

Many, perhaps most, military doctors get out as soon as their required educational debt is paid off, often after 3-8 years.  They do so not just because they desire higher pay but because they don’t enjoy the frequent deployments. They also don’t want the military telling them where to live or moving them frequently, or they hate the unique hassles of military life and medical practice.

Those were certainly my motivations when I separated a couple of years ago.  I often came home back then saying “I hate my job”, and never do so now.  I get to live where I want and never get someone calling me up at 11 pm letting me know I’m deploying halfway around the world tomorrow (a call I actually did receive while in the military).

Likewise, people stay in the military for non-financial reasons.  They are motivated by patriotism, opportunities for leadership, unique medical opportunities, job security, and the opportunity to have a practice composed nearly entirely of patients who have made a commitment to put their country first.  But, if you’re still interested in a financial discussion of this topic, read on.

What’s the Pension Actually Worth?

Too few doctors actually understand what they’re giving up by separating.  In fact, once you do, you would have to absolutely hate being in the military to separate at any point after earning 8-12 years toward the retirement pension.  The pension a doctor receives after 20 years in the military is equal to 50% of his base pay, averaged over the three years prior to retirement.

Also, consider the value of having health insurance covered for the rest of your life.  That’s hard to put a price on, but a reasonable amount to spend on health insurance premiums, co-pays, and deductibles is $1000-2000 per month, or $12-24K per year.  Let’s use $18K.  Add that to your $57,258 and that’s a value of $75,258 per year, adjusted each year for inflation. How much would it cost me to purchase that pension as a civilian from a private insurance company?

It depends on your age, gender, and health, but assuming a 50-year-old healthy male, you could purchase that annuity for about $2.5 Million.  Yes, you read that right.  That’s a pretty valuable pension, no? [PoF: This is consistent with a thorough analysis done here at Navy Medical Corps Career Blog in 2016, which valued a pension at somewhere in the range of $1.2 to $2.5 Million]

It would be a little less as an O-5, and who knows if Congress will change the rules on the pension in the future, but I wouldn’t expect this very popular pension to go away anytime soon, especially for those currently in the military.  It could also be significantly less if interest rates go up.  But even if somehow inflation-indexed annuities that paid 5% at age 50 (they currently pay 2.88% or so) became available, that pension would still be worth $1.43 Million.

In order to come out ahead separating from the military, you not only need to make more money as a civilian, you need to make a LOT more money AND be disciplined enough to save it.  How much more do you need to save each year to have an additional $2.5 Million by the time you would have otherwise retired?  (This obviously is in addition to anything you’re putting in Roth IRAs or the TSP currently.)  I’m assuming a pretty decent 5% after-inflation, after-expense, after-tax return on these savings as well, which is not necessarily easy (my own portfolio over the last 8 years is clocking in at about 4.5%.)

Pretty sobering, isn’t it?  Now you see why I think someone who’s anywhere near the halfway mark would be pretty foolish to bail out now. 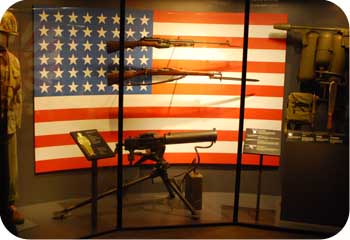 Now, I had 16 years left to retirement when I got out.  I certainly make more than I would have been making in the military, but I also pay more of it in taxes, and I don’t save $100,000 more than I was saving.  I save perhaps $50,000 more.  But I also spend a lot more due to a much-improved lifestyle and give a lot more to charity.

Overall, I’m probably coming out slightly ahead.  But that’s in a pretty good job, in a reasonably high-paying specialty, and I got out at only 4 years towards retirement.  Change any of those factors and you’re almost surely coming out behind.

Perhaps you can stomach one or two more deployments, no? There is some value in having the money now, of course.  I probably wouldn’t own my current home on a military physician salary, at least not given my current savings rate (although I could probably lower that dramatically if I had a military pension coming).

Nor could I afford to do lots of the other things I enjoy.  Putting all that off for 16 more years to live in townhomes in cities I don’t want to live in was a pretty unappealing prospect.  Many doctors would prefer having an extra $100K now to spend on whatever they want than some “valuable pension” 16 years down the road, but they probably shouldn’t.

Calculate the Difference in Tax-Adjusted Salaries 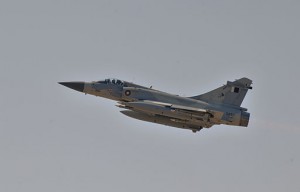 So, will this fancy civilian job you’re considering getting out of the military for pay you enough additional money to save up the equivalent of that pension?  Maybe, but probably not.

First, calculate what you’d get paid to stay in.  Since your educational commitment is now up, you should get some kind of Multi-Year Special pay in addition to all the pays you were getting before- Basic Pay, BAH, BAS, Additional Special Pay, Variable Special Pay, Board Certified Pay, and Incentive Special Pay.  Add it all up.

Now, adjust for taxes.  This is so personalized, it is hard to apply a rule of thumb.  But I can tell you that when I was in the military I had no state tax and my federal tax was 5-6%.  Now I pay about 12% between Federal and State and it’ll probably be higher than that this year and significantly higher next year.

Many doctors tell me they pay between 20 and 30% just in Federal and State Tax.  You also probably pay a little more in payroll taxes outside the military.   So let’s discount the military salary by say 10% and the civilian pay by 23% for taxes.  Now compare the two.  Are you really going to be able to put away an additional $100-$550K?  Perhaps if you’re a back surgeon, but almost surely not if you’re a pediatrician.

Let’s do an example using my specialty, emergency medicine.

An O-4 with greater than 6 years toward pay (what I had when I got out) made the following salary in 2012:

I think a partner in a private emergency medicine group, working as hard as I did in the military (far harder than I work now) should probably be able to find a job making at least $350,000 in most areas of the country (although who knows what’s going to happen in the future.)

Let’s adjust both for taxes.  We’ll subtract out 23% of civilian salary and 10% of the military salary:

You don’t make an additional $100K, so how are you going to save an additional $100K+?  Well, you could do it if you had some good tax-protected accounts that also lowered your tax bill.  But the point is that it would be hard to do, and pretty much impossible once you start getting close to the 10-year mark no matter what your specialty, especially if you consider the fact that most civilian physicians believe they’ll actually be making less 5 years from now.  How many military physicians believe that?  Pretty much none given the regular guaranteed raises.

Staying into the 20-year mark is probably the right move financially for almost all military physicians, especially since many of them who did military residencies may have 6, 8, or even 10 years toward retirement by the time their educational commitment is up.  An exception can be made for very high paying specialties, especially if interest rates rise, but not once you approach that ten-year mark.

What do you think? Did you leave military service early, at the mid-point, or stay past the 20-year mark? How did your decision to stay or separate affect your finances? Comment below!

26 thoughts on “Financial Implications of Leaving a Military Medicine Position”