I sing the praises of geographic arbitrage for physicians during their working years. Doctors have the somewhat unique ability to earn more money in places with a lower cost-of-living. A true win-win.

You don’t have to be a physician to take advantage of lower cost of living as a retiree. If you’re no longer working or holding down a job that’s location independent, you can live somewhere that costs less, has good access to healthcare, and meets the other criteria on your wish list.

Henry Mackle wrote the following guest post featuring a handful of viable options for a quality lower-cost-of living retirement. While you may not want to live in all (or any) of the following places, there are hundreds of other places you could choose. And we’re not even touching on international destinations in this article.

Read on to learn about a few places where you could take advantage of geographic arbitrage as a retiree, and start dreaming about your ideal spot!

Retirement doesn’t mean that you have to make concessions, even if you don’t have a big nest egg socked away, or put your savings in the right IRA for your golden years. Whether you are about to retire or are planning to in the next few years, sacrificing your current lifestyle doesn’t have to be a foregone conclusion, granted you are willing to relocate to a cheaper locale.

With housing accounting for a large chunk of retirees’ monthly expenses, finding a low-cost place to live can make a huge difference in the type of retirement experience you have. Consider this: Retirees spend on average $16,219 each year on housing, with that increasing to $18,006 this year for those aged 55 to 64 as found by the US Department of Labor.

That is without including property taxes, heating and cooling costs, and other expenses associated with the maintenance of a home. As result, where you settle down in your golden years will make a difference in how you live out the rest of your life.

If you have expensive hobbies, plan to travel or otherwise want to spend money, then you are going to want to choose a low-cost location to retire to. If you care more about being close to family or the grandkids, then your choices will be limited.

For those who want their money to last and aren’t beholden to one retirement location, there are plenty of choices stateside that can give retirees more bang for their buck. With that in mind, here’s a look at five of them.

At the top of retirees’ location-choosing criteria is walkability, affordability, and offered amenities. Many retirees want to live in neighborhoods that are easily accessible to restaurants, entertainment, and shopping.

They also don’t want to pay a lot for that access. One city that meets all of those criteria, is Birmingham, Alabama, which has been ranked high on its list of low-cost places to retire.

Not only does Birmingham have plenty of cheap housing, it offers affordable healthcare and lots of amenities that retirees enjoy. Thanks to a ton of green space, the city has plenty of golf courses, lakes, parks, and festivals to keep retirees busy.

According to GoBankingRates, the cost of living in Birmingham is 27.4% lower than the national average with the amount spent for healthcare costs, the lowest of all the cities on its list. Birmingham also has the fourth lowest amount spent each year on housing and the third lowest costs for transportation.

Most people envision communities where there is plenty of golfing, swimming, and other leisure activities at their fingertips when they think about retirement. But for more out-of-the-box-thinking retirees, there are also a lot of off-the-beaten-track places to retire that are super cheap and rich in entertainment and culture.

Take Detroit, Michigan for example. The city was once the home of car manufacturing but, after falling on tough times, it became the largest city in the U.S. to file for bankruptcy in July of 2013. Since then, it has been in comeback mode, reinventing itself as an art and entertainment mecca, not to mention that Detroit is dirt cheap.

Residents spend on average just over $3,000 a year on housing and healthcare costs around $6,000 a year. With plenty of parks, museums, theaters, art exhibits, and other activities, there is enough to keep retirees busy. One thing to keep in mind is that Detroit may not be ideal for snowbirds. Temperatures can average in the low 30-degree range in the winter and in the low 80s in the summer.

Taxes can eat away at a retirement nest egg, be it in property taxes, capital gains, and even sales tax. As a result, many retirees care about the tax hit they face living in certain locations. After all, a city that has high property taxes, for example, is going to impact the way a person or couple can live their retirement years out.

For those who care about taxes, Florida may be an ideal location to retire to. Florida has zero state income tax. Property taxes aren’t out of whack either, and retirees don’t have to worry about a state inheritance or estate tax if they live in Florida. What’s more, food, healthcare, and housing tend to be cheaper than other places on the east coast.

When it comes to Florida, there are tons of places to choose from. After all, Florida is a very population destination for the US population that is 65 or older, as found by the Pew Research Center. As a result, retirees heading to Florida can find numerous retirement communities that only let people aged 55 and older in, tons of golfing, fishing, bike trails and pathways for walking. There are also plenty of restaurants, shopping, theatres, museums and other activities geared toward retirees.

Sherman, Texas, or Charm Close to a City

Sherman, Texas may not hold a candle to Dallas, San Antonio, or Houston but, for cost-conscious retirees, it’s an ideal place to live out their golden years thanks to low-cost housing and cheap living costs.

According to Kiplinger, the cost of living in this small city of less than 40,000 inhabitants is 13% lower than the U.S. average, with around 13% of the population aged 65 or older.

Retirees can purchase a home for under $100,000 with areas surrounding the city lower, at around $80,000. The entire state of Texas has no income tax and the city of Sherman offers retirees all sorts of amenities, including boutique shopping, community events, and cafes and restaurants. It is also home to a national wildlife refuge, and Dallas is only around an hour’s drive for retirees craving some more big city action. 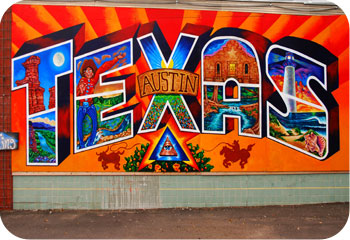 Birds of a feather tend to flock together and that is particularly true of  Hot Springs, Arkansas. With more than 20% of the city’s population made up of those 65 and older, Hot Springs is becoming a low-cost place for retirees to settle down.

Not only is it home to nearly 50 different hot springs, but there are spas, massage services, and a whole host of other ways to relax. According to Kiplinger, healthcare costs are 12% lower than the national average and housing is 24% lower than elsewhere in the U.S.

Thanks to advances in healthcare, retirement can easily last far more than twenty years, with many retirees living longer in their golden years than they spent years working. As a result, elderly Americans need a lot of cash to retire with. For the cash-strapped ones, relocating to a cheaper locale can ensure their retirement dollars last longer.

Thankfully, there is a host of places to choose from. From the tried and tested like Florida to upcoming cities like Detroit, retirees looking to maintain their lifestyle when they stop working have a lot of cheap places in the U.S. to settle down in.

Henry Mackle is a financial advisor who specializes in consulting with retirees or soon-to-be retired individuals. With his help, his clients budget their savings and future social security checks in order to live comfortably within their means and potentially generate additional revenue even in their sunset years.

[PoF: If you don’t plan to stay put, this is a good time to think about what matters most in a retirement locale. Is it affordable housing? Access to great healthcare? Access to the ocean, mountains, lakes, or amazing local beer?

While I won’t be retiring in any of the cities in the article above, I like how each represents a different priority.]

What’s your top priority in retirement? Will you be moving to a less expensive location when you retire? Where are you most likely to retire?