Physician burnout is not so much an entity or an object, but rather a series of events and the responses to them.

If we recognize what’s happening and take corrective action, burnout can be alleviated or at least mitigaged. If, instead, we relinquish our autonomy and let others determine the path we’re on, the destination can be very ugly.

Dr. Jimmy Turner, the author of today’s post and a thought leader in the realm of physician burnout, found hope as he went down this path while burning the candle at both ends at both his more-than-full-time job and side gigging. He shares how he found the light at the end of his tunnel. 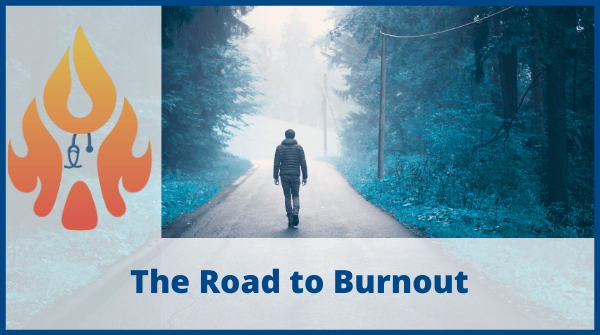 I’ve reached my limit.  I didn’t know that I had a limit until this year.

In fact, I am seen by many people as the person who has an everlasting amount of energy and the ability to achieve.  In my first two years in practice, I’ve won teaching awards, published randomized control trials, published a personal finance book with a 5-star review, and worked 1.3 FTE as an academic anesthesiologist.

Oh, and I run a blog (subscribe here!) and have a nightly basketball competition with my kids. [My two oldest kids play basketball with me each night on their “hanging on the back of the door” basketball hoop.  Let the record show that daddy is currently the undefeated champ.]

At some point in the last six months, I hit a wall.  That is when I found my limit.

As I’ve continued my catharsis process on this blog, I’ve realized that some things matter and others don’t.  Things that matter include my faith (as weak as that may be at times – I am thankful that God is faithful even when I am faithless), my family, and my friends.

Some of the things that don’t matter include other peoples’ opinions on my career trajectory.  Where my career goes from this point forward is up to me.  That is a disappointing prospect to some who had other ideas of where my seemingly “successful” career was heading.

I’m done trying to achieve other people’s views of “success.”

When I go to the grave, God will not ask me how many papers I authored.  He will ask me if I looked out for those around me and helped them when they were in a time of need.

This has become a big part of my career path.  In fact, outside of clinical medicine, addressing the problems I talk about on this site is my biggest career goal.  It is the legacy that I want to leave.

Teaching others to find contentment and avoid lifestyle inflation that shackles so many doctors is an important message.

Some on a more traditional path might think that I am crazy, but I think it is crucial to provide hope to others to perform a three-point turn on their road to burnout.

Financial independence is a key aspect in that turn.

We can change this medical education landscape if some other attending physicians can find the courage to join in the battle.  We must prevent the burnout process before it starts by educating medical students and residents.

Thankfully, the medical school where I work (Wake Forest) is brave enough to take on this challenge, and they have empowered me to create a personal finance curriculum to help combat this problem.

And can we please stop pretending that the systematic beat-down doctors face each day isn’t leading to the secondary PTSD and suicide that kills a doctor a day?

Instead, let’s be open and honest about the problems we face.  We are all in this together, and we cannot expect our employers to fix things.  Sometimes the hospital will not love you back.

We must recognize that the significant debt burden and financial jail that doctors encase themselves in is a big part of the problem.

The sooner we can face the reality that many physicians live paycheck to paycheck despite earning hundreds of thousands of dollars each year, the better we will be.

This all takes a certain amount of honesty and transparency, but I believe we are tough enough to endure it.

With the ever-increasing debt burden our trainees face, the burnout epidemic will only become a bigger problem – unless WE stop it. Yes. You and me.

We can make this path better for every doctor that is being trained behind us.  I would argue that this is a moral imperative for those of us who interact with trainees daily.

Otherwise, these future physicians will be left to their own devices, and we know where that leads. Like many professional athletes, our future doctors will spend every dollar they make to find the fleeting happiness that money can buy.

We must educate our physicians in training that there is a better way.

Finding my limit is what freed me to pursue my true passions.  I’ll continue my two-pronged approach to this battle (through this website and the curriculum I am building at Wake Forest).

I hope some of you will join me in this battle.

We can work to fix the physician burnout that exists.  At the same time, we can empower our doctors to take their financial lives into their own hands so that they can fight back when the system doesn’t fight for them.

Have you ever found your limits?  Are you burned out or feeling the heat?  Are you willing to be a part of the solution to this rampant problem?

1 thought on “There is Hope on The Road to Burnout”