So Jeremy & Winnie, how was your 4-month European vacation? Oh, pretty good. How much did you say you guys spent? Cost of 4 Months in Europe @ Go Curry Cracker!

Your Financial Pharmacist wants you to take control. Learn the four important steps required to Put Yourself in the Driver’s Seat.

In an oldie but goodie, Justin @ Root of Good asks a question pertinent to physicians and other aspiring early retired millionaires: Should We Conceal Our Wealth?

What’s a million dollars between friends? By friends, I mean lender and debtor. The Doctor in Debt has a plan. 5 Steps to Repay $1,000,000 in Medical School Loans and Mortgage Debt in 10 Years or Less.

The Grizzlies are closing in on an early retirement. The products of prestigious schools have a different plan for their progeny. Grizzly Mom & Dad explain Why Our Daughter is Going to Public School.

I thought I was done taking tests. Then came Maintenance of Certification and the Financial Libre, with his Personality Test: How to Spend Money for Maximum Happiness. [site inactive]

A couple weeks ago, I featured a bumper crop of FinCon16 recaps. This one from Michael @ Financially Alert came in after the others, but is easily the most complete recap I read this year. FinCon 16: The Ultimate Recap from One Blogger’s Perspective.

The Purge has continued this week. It started with the master closet, and has migrated to the storage room and garage. It’s not just happening here; Mr. & Mrs. SSC are purging, too. So far this week, I’ve taken three full HHR-loads to the Salvation Army and Restore, and the eBay pile is growing into something that might require carabiners and rope to tackle.

I had the week off from work with no major plans, well, other than cleaning out the storage room and garage, fall yardwork, and installing a 12 volt landscape lighting system that’s been in boxes for at least a year. Also, taking family photos for the Christmas card. That went splendidly. So no major plans, but lots of minor ones.

I laid out the lighting system on Tuesday. One large transformer with light sensor, ten pathway lights, and five floodlights later, I had the place lit up nicely! I set the transformer to always on, looked things over, and reset it to go on only at dusk for four hours.

That evening, my wife hosted a monthly book club, while I went off to a book club of my own. I prefer my book club. It’s held at a brewery, and instead of books, we share homebrewed beer (and cider and mead). There are no books unless they’re homebrewing books. It’s not really a book club. It’s a homebrew club. Which makes it better.

When I returned home, I discovered that the ladies had been treated to a sort of slow motion strobe light outside, lighting up and powering down every minute or two in a neverending cycle. I unplugged it, assuming the last flood light I added, which was not in series, caused some sort of overload on the transformer.

That’s the problem with assumptions. Makes an a** out of you and me, as my wife likes to say. I’ve got a post coming on Thursday about the problem with assumptions, which includes an update on my Aluminum Foil handcuffs. It’s not written yet, but I can see it in my mind’s eye. On Tuesday, I’ll be identifying the types of physicians who retire early at various stages in their careers.

One more cool thing happened this week. I got an e-mail from Travelzoo alerting me to a great deal on flights to Europe that just happened to line up with some time I have off in March, encompassing part of the boys’ spring break. No travel hacking, points used, or other tricks. Just a screaming good deal. I booked the flights without hesitation.

I talk about buying experiences and not things, and engaging in relative frugality. I think this is a a perfect example of both. We added on a couple days in Iceland, because why wouldn’t we? I’ve been to Europe twice before, each time adding a couple days in Reykjavik to the itinerary. Now my boys will get to experience the beauty of the Nordic country and likely birthplace of Leifur Eiríksson, who discovered North America nearly 500 years before Mr. Columbus. When will he get his own holiday? 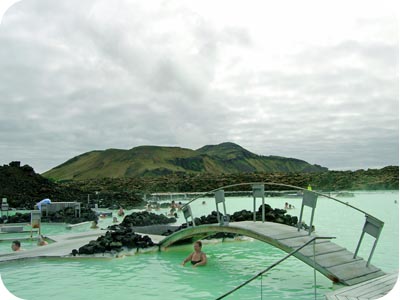