I enjoyed following the travels of Bruno and his passengers as they traversed their way through Mexico and Central America in Freedom with Bruno. What’s Bruno’s owner up to now? Painting murals of The Hurricane and Being a ‘Digital Nomad’ in Europe for Two Months. I look forward to doing the same in early 2020!

When you rely mainly on your portfolio to provide income, you pay very little in taxes. The Worker Tax Penalty is huge, and The White Coat Investor counts the many ways in which you’re penalized whether paid as a 1099 contractor or as a W-2 employee.

The IRS isn’t throwing the penalty flag at Mr. Tako‘s feet. He hasn’t worked for a paycheck in years. Although he was able to retire at a very early age, his money mangagement has been far from perfect. My Top 10 Biggest Financial Blunders.

If Mr. Tako had dropped $7k on a flight, that might have made his list. The gal behind A Purple Life did just that, but it’s definitely not on her list. I Don’t Regret Spending $7,000 On A Plane Ticket. Fortunately, she hasn’t made a regular habit of it.

Her great grandkids might, though. If you plan to leave a legacy to improve the lives of your childrens’ grandchildren, you may be in for a sad surprise. A child of Vietnamese immigrants and radiologist known as the Resident Sensei at Senior Resident describes the common phenomenon of Wealth Lost in 3 Generations.

Rather than worrying about how some unborn rascals are going to blow their inheritance, you should focus on the progress you’re making yourself. Of Dollars and Data asks What’s Your Delta?

Did you know that there are 10 Levels of Early Retirement? Joe Udo from Retire by 40 shares his list. I’m only at Level 4 and grateful every day that I haven’t leveled up to Level 10 yet.

FatFIRE didn’t make the list, but it’s part of the Money Savvy Mindset vocabulary. He recently reworked his long-term goals in FatFIRE to FatFIOR: The New Financial Plan.

The radiologist with XRAYVSN has also made some recent changes. Is it market timing or early retirement planning? I’ll let you be the judge. Know When To Fold ‘Em: Transition To A Conservative Portfolio.

The 10-year outlook for US stocks isn’t bright, but that’s not the most frightening set of numbers out there by a long shot. From Full Time Finance, US Financial Statistics: Scarier Than Halloween.

I’m proud to say that I know the guy who wrote A Two Million Dollar Book: The Physician Philosopher’s Guide to Personal Finance. My review.

Speaking of physicians, many are now interviewing for their first post-residency or post-fellowship positions. Jon Appino of Contract Diagnostics wrote a guide to aid them in their job search. Landing a Doctor Job: How to Compare Positions for Physicians.

I worked part-time for nearly two years as a transition to leaving the practice of medicine. Passive Income MD has joined the ranks of the part-timers and he shares The Pros and Cons of a Doctor Going Part-Time.

My Selfish Self in Mexico

We’ve been in Mexico for two weeks now. It’s been wonderful; I’ve really been doing a lot for myself.

It’s amazing how the days fly by. I get up around the crack of 8, maybe crack some eggs around 11 if we’re not eating lunch out. I make sure I get some Vitamin D either reading and writing on our third-floor patio or strolling through the colonial streets and alleyways.

Most days we stop at the local tienda (market) for a few essentials and shop at the supermercado every five days or so. We eat at least one meal out about every other day. The restaurants are plentiful and oh, so affordable.

The biggest difference in the daily routine, now that I don’t have a job to show up for a house to move into is what I’m doing in the realm of self-improvement.

After a nearly two-year hiatus, I’ve dove back in head-first into Duolingo (language learning app). I made 49 other students sorry they landed in my league this week. Olivia, Erin, and Jared never stood a chance. 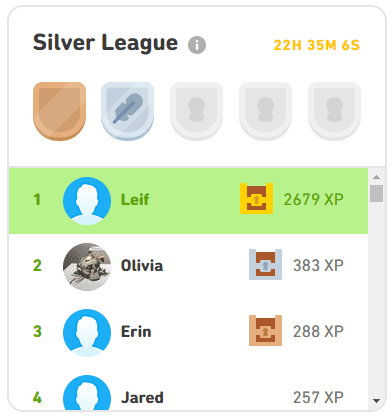 I hit the Spanish language hard, but not the bottle. Last year, my wife and I had a good experience with a Sober October, so we decided to repeat it. It’s been a good change of pace, but I am looking forward to this coming Friday for several reasons, as I’ll mention below.

I’ve also been working on my physical health. Every other day, the four of us do sets of exercises as part of a 10-week plan outlined in You Are Your Own Gym. I look nothing like the guy on the cover, but check back in 8 weeks. 😎

After our workout, I typically hike it up to the Panorámica, a meandering road encircling the city, and run a 5k. The hilly nature of the road combined with the over mile-high elevation has made for some tough jogging, but I’ve started to find my groove. 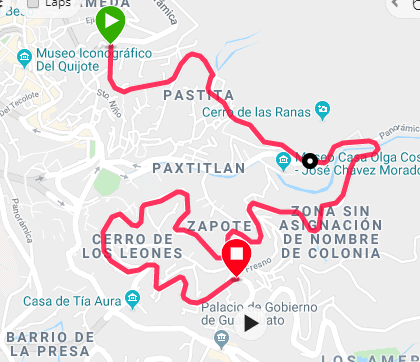 I’ve also altered my route. A couple of times after running, I walked another 3.5 miles to complete a windy sort of semi-circle, but after a run-in with some not-so-fantastic beasts, I’ve decided to avoid the rural part of the route.

There are many docile street dogs throughout the city, but once you get away from las casas y tiendas, the canines become more territorial in nature. I had the displeasure of staring down four of them, all baring every one of their menacing teeth as they growled, grimaced, and barked for about the distance of a city block with the alpha male no more than six feet away from me.

I felt my face go cold while the hair stood up on my arms as I yelled “no” over and over with my loudest, deepest voice (which, if you’ve worked with me, you know is absurdly loud and deep) with a fist raised and ready to strike if need be until I got past whatever it was they were protecting.

Although the savage beasts weren’t huge, maybe 40 lean pounds apiece, the incident scared the crap out of me and I vowed not to return to that stretch of road without some kind of pepper spray or air horn or something.

I might have calmed my nerves after that confrontation with uno o dos cervezas, but that will have to wait until November 1st. Fortunately, that date happens not only to be a Friday, but also the first day of the big El Dia de los Muertos celebration, or The Day of the Dead.

Here in Guanajuato, the first day is mainly for the children, and the second day, Saturday is the celebration for adults. In nearby San Miguel de Allende, the festival lasts four days, starting on Halloween, and we plan to visit for the final day over there.

If you’re not familiar with the holiday, it’s a way to honor and celebrate friends and family whom are no longer among the living, taking place on All Saints Day and All Souls Day, November 1st and 2nd.

The opening scene of the James Bond film Spectre takes place among an El Dia de los Muertes parade in Mexico City. The recent animated films The Book of Life and Coco are also centered around the holiday that is celebrated throughout Latin America. I’ve seen all three and the holiday looks like a joyous time.

This will be our first time experiencing the festivities, and I am very much looking forward to this coming weekend. ¡Salud!