It warms my heart to see the terms Mustachian and Doctor share space in someone else’s post title. Smart Money MD asks How Mustachian Can a Doctor Be? 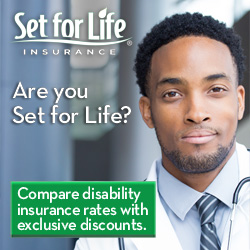 The couple known to me as Enchumbao have been investing for 10 years, and have 1.5 lessons to share for each of those years along their path to a pending early retirement. Read their 15 Lessons Learned from 10 Years of Investing.

I’ve never considered medicine to be a “calling” for me. It’s a vocational choice I made, and has led to a career, which is essentially a series of jobs. It’s not something I like to admit, but apparently I’m not alone. Resident anesthesiologist Charlie @ Life of a Med Student asks, Is Medicine “Just a Job” Like Anything Else?

Dr. Mo @ Urgent Care Career has has seen some serious shenanigans in his 7 years, as described in Jobs Will Push You Around. In a similar vein, Love Will Turn You Around. Dr. Mo sees his finances do a 180: Change in Lifestyle Means a Change in Retirement Status.

In an oldie but goodie, Coach Carson crafts another argument for stealth wealth in How to Retire Rich with Embarassing Old Cars and Ugly Houses.

In an interesting take on relative frugality, Apathy Ends described The 7 Levels of Frugality – Find Your Sweet Spot. I’m a “thoughtful splurger” despite not being particularly thoughtful.

I find myself guilty of just the kind of procrastination Big ERN @ Early Retirement Now humorously spells out in The Dangers of Getting Close to Retirement: “Yeah, I’ll do that when I’m retired!”

The Vigilante, who wrote a killer guest post here this week, touched on a topic most physicians and lawyers have in common: student loans. 4 Reasons Student Loan Forgiveness is Best Korea.

Winter is coming, but you’d hardly know it by the wonderfully mild fall we’ve been having thus far. Part of this weekend’s fun included an all-day swim meet, followed by a get-together with a physician couple that I’ve only seen once since medical school (great fun!), and avoiding the woods so as not to be mistaken for a deer.

I’ve got the hide of a deer stinking up the garage at the moment; my Dad bagged one last weekend and my son figured he could make a decent tee-pee out of it. I would have preferred the venison backstrap, but we got the hide. I was told to dump a bunch of salt on it to help it cure, but I really need to read up on proper curing, or tanning or whatever it is one does with animal skin.

In blog news, I was honored to discover that Taylor Larimore shared Tuesday’s post on Stealth Wealth in the Bogleheads forum. The discussion that followed (and is currently ongoing) has been fascinating. If you don’t have a username yet, consider creating one and offering up your take on the topic of stealth weatlh.

The Bogleheads forum is one of the most civil and tightly moderated forums out there, and is largely frequented by those of a mindset similar to mine, yet not everyone was on board with my message. 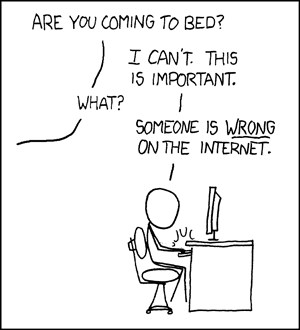 Most commenters could appreciate or identify with the concept of stealth wealth, but others called me a joker, delusional, smug, and “off in a fantasy money land.” I took that last one out of context, but as should be expected, not everyone on the internet thinks exactly the way I do.

The White Coat Investor has said that thick skin (but not as thick as that deer’s hide) is a useful trait to have as a blogger. It’s so true. You all are so friendly and supportive here on my site, but once my words venture off the reservation, the waters can get a little chilly.

I did have a good time responding to some of the comments, and most of them were quite agreeable. Stealth wealth is quite prevalent among the Bogleheads, but so are luxury automobiles. It’s best not to tell them what they should drive (not that I did or would– but don’t).

I didn’t mean to pass judgment; I have no qualms with someone who chooses to drive a much nicer car than mine. To each, his own. I think some readers felt a need to defend themselves, as I might when someone says “I don’t need to drink to have a good time.”

That’s basically what I said, replacing “drink” with “spend.” If someone were to approach me at the holiday party (look for me over by the bar) and say something like that to me as I’m holding a hoppy liquid delight, I might find the comment a bit smug, and feel a need to defend myself, too. Sure, I don’t need to drink to enjoy myself, but my personal experience has been that I will most certainly have more fun if I partake in an IPA or two. Different strokes for different folks.

The Bogleheads discussion, along with a Rockstar Finance feature on Monday, made this easily the best week ever for the blog’s exposure. Thank you all for your time and attention. This blog is nothing without readers like you.