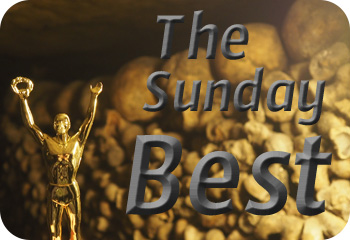 I’m traveling this week, so I thought it would be appropriate to share some of my favorite bloggers’ travel posts.

A different Matt @ Distilled Dollar pulled off a 10 Day Hawaii Trip for Under $1,800. More than half of that was spent on food. Better than a poke in the eye with a sharp stick. Mmmm… poke.

Another guy went to Hawaii on a dime — Mr. Tako. The multimillionaire breaks down his trip into three frugalicious parts.

Who else has been to Hawaii? Besides me? The White Coat Investor dishes on trips to Hawaii, France, and other not-so-frugal expenditures in Loosening the Purse Strings Part 2.

France! That’s where we are at the moment. The Go Curry Cracker family will follow in our footsteps in a couple weeks. Unlike us, they plan to stay for four months or more. To Europe and Back Again.

I can’t hardly wait to slow travel. Is that an oxymoron? Justin @ Root of Good and his family of five don’t have to wait. They’ve been there, done that, and written about it. The Cost of Seven Weeks in Mexico (and How to Minimize It).

Bruno (a Toyota 4Runner) was traveling through Mexico on the way back from Costa Rica and decided to take a detour. Bruno’s owners explain in words and many pictures how We never Planned to Go to Mexico City, and why they’re glad they did.

How do these guys and gals travel for so little? Travel hacking plays a role and it doesn’t have to be complicated. The Frugal Vagabond, founder of The Earth Awaits, explains Braindead Easy Travel Hacking.

Mr. Crazy Kicks and his bride know how to travel hack. How does nine days in Jamaica for the cost of a sharp stick? How to Travel Hack a $6,000 Vacation for Free.

We’re having a swell vacation ourselves. There’s so much to see and do here in Paris that a one-week vacation seems completely insane. As I said above, I severely look forward to the time where we can just take our time in a place like this.

But we’re not slow travelers yet. We’re fast travelers. In two and a half days, we’ve seen all kinds of cool stuff and become very accustomed to the Metro lines. Our boys have adjusted to the time change and city life much better than I could have imagined.

We found a great source for fresh baguettes, great goat and vache cheeses and all sorts of affordable goodies at a market called Market. A sixer of Leffe Triple goes for €5.40, and a two-foot-long baguette is €0.55. I think I could last here.

We’ve been having some fun, too. I dragged the Sunday Best trophy down into the Catacombs (see featured image above), which is an amazing, sacred place. 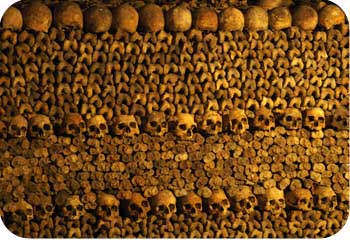 We saw the Mona Lisa, Venus de Milo, and about a thousand paintings at the Louvre. There were artifacts galore and more statues than you could possibly emulate. Our boys did their best, and here’s one of the best.

The boys aren’t quite college age yet, but I think they’ll be college material. We talked about the benefits of studying abroad while walking around the Pierre & Marie Curie University. We ate €1 crepes that were offered up as a fundraiser by a group of students heading to Boston for some sort of biological engineering competition. We also toured the colorful student union where I captured this shot.

And of course, we’ve been down to see the Eiffel Tower. We haven’t been up it (yet) as the tickets are sold out online and the wait looked insurmountable after enduring 2.5 hours earlier the same morning to get down to see the Catacombs. We did hang around long enough to see it all lit up and sparkly. 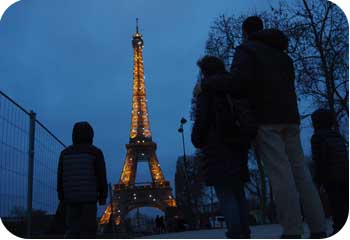 We’ve got two more days to do some sightseeing. Sunday kicks off with mass at Notre Dame — the real one, not the Touchdown Jesus one — where our older son will take his first communion. Our little troopers don’t know it yet, but they’ll be rewarded for humoring us at all these museum and attractions with a trip to Disneyland Paris on Tuesday.

The Wells Fargo Active Cash Card simply offers a flat 2% cash back on all purchases No annual fee.