It’s hard to find time to pay attention to all the messages I receive. There are voicemails, e-mails (work, blog, and personal), and the nonstop notifications from Facebook and Twitter. Post-it notes on the desk and the refrigerator. I am bombarded with messages.

Urban Meyer, head coach of The Ohio State football team, doesn’t have a lot of time to leave messages. Right now, he’s gearing up for a likely bid in the College Football Playoff after a stunning and controversial double OT win over Michigan.

He didn’t have much time late this last summer when called upon for a feature story in Bleacher Report, but he scheduled a 30-minute interview with journalist Brandon Sneed because he had a message to get out. The coach spent well over an hour discussing life, achievement, stress, anxiety, family, and balance.

What is his message?

The coach is familiar with success. His teams have been winners, from Bowling Green to Utah, Florida, and now Ohio State. He has coached the latter two to the ultimate prize, winning two national championships with the Gators, and another with the Buckeyes.

He also knows the price of success. After his second national championship with Florida in 2008, he should have been floating above the clouds. 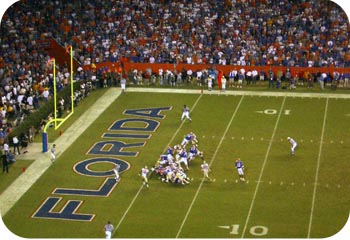 He wasn’t. The sting of one loss could not be overcome by ten victories. He wasn’t sleeping well; he was working constantly. He was losing weight, and feeling a heaviness in his chest. A downward spiral landed him in the hospital.

It wasn’t his heart.

It was anxiety. It was esophageal spasm. It was the feeling that he wasn’t doing his best, and needed to work harder. It was trying to meet ludicrous expectations he had set for himself, and not knowing how to accept what only he and a few crazed fans could consider failure.

One year after his last championship season with the Gators, he resigned and took a year off from coaching. At the urging of his wife Shelley, a psychiatric nurse, he got help and he got right. Urban Meyer restructured his life and made priorities before accepting another coaching job.

His message is for you, the doctor. It’s also for the police officer, the teacher, parent, and soldier, and others in “all-consuming jobs.” So many of us focus our energies on our jobs, our pupils, our players, and our patients.

The message is simple. Amidst everything else, remember to do one more thing. “Take Care of Yourself.”

What Urban Meyer was experiencing was burnout. He didn’t find time to exercise. He struggled to find time for his own family when his second family, the young men who played for him, demanded so much time. When his football team wasn’t flawless, there was so much work to be done, and so little time to do it all. Sleep? Four hours, max.

What do you think of this contract? Would yours look similar? Do you wish you could make similar promises? I would love to sleep with my cell phone (and pager) on silent, but sometimes (every 5th night, on average), the patients must come first.

Urban now sees reflections of his old self in those of us who devote so much of themselves to their vocation. He wants you to know that if you are feeling maxed out, you are not alone in your struggle, and help is available. 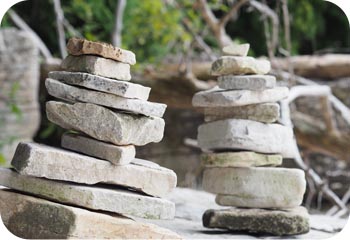 Taking a step back, forcing himself to make time for his health and his family, has made him a happier and better person.

Has his work suffered? With one Waterford Crystal Sears trophy under his belt since his return to coaching, and a likely shot at another this January, the answer is a crystal-clear “No.”

A football coach is not a doctor.

Instead, a football coach, particularly at Urban Meyer’s level, has to meet the expectations of millions of fans. When he loses and is down on himself, he’s got dozens of talking heads and thousands of angry fans loudly criticizing his every move. They talk about how worthless and dumb he is. Death threats are not unheard of. He’s on call for his student-athletes at all hours of the night, and he’s always at risk for being fired despite doing his job to the best of his abilities.

These are demanding, stressful jobs, and that is the parallel that Urban Meyer was making. In positions like these, we are often the last to see what we are doing to ourselves, or not doing for ourselves, that is contributing to our decline.

Burnout is common and very real. Mental illness, particularly depression, is highly prevalent in our profession. Substance abuse often develops as the easiest escape that doesn’t carry a label or ICD.10 code, at least not before it’s detected. And the best case scenario is that it is detected while something can still be done to treat it.

40 thoughts on “Urban Meyer Has a Message For You, Doctor”