I’ve got a fun post for you today. The Crispy Doc, who I imagine is crispy from either burnout, the California sun, or some combination thereof, makes an excellent analogy using a phenomenon with a fantastic name.

Rumspringa! That sounds delightful — let’s order a round for the whole table and don’t forget the little umbrellas. What’s that? You don’t serve those here? Is this because Bo forgot his ID? He’s over 21; I promise you.

Apparently, I have a poor understanding of what a rumspringa actually is. Enlighten us, Crispy Doc.

Children raised in Amish communities are expected to adhere to strict moral codes up until adolescence.  At that point, they get a pass: they have entered Rumspringa (literally, “run around”), a period during which they are informally cut some slack to seek secular pleasures and experience life beyond safe sects.

This rite of passage is the ultimate kung fu move: instead of fighting your teen, you co-opt her angst to bring her further into the fold. At a stage where defiance of long-observed norms could create tension, a calculated permissiveness creates an opportunity to validate the moral code you’ve taught her by allowing her to test it. Let your kid see for herself if the grass is truly greener on the other side (heck, let her smoke it!) and the hope is she’ll come to appreciate her upbringing and return to the values she was raised with.

Coming from conservative religious groups, the thinking is quite progressive. The practice reportedly fosters a high rate of retention within the community, as measured by a majority of kids (~90%) who choose to be baptized and uphold the faith. Let’s take a moment to appreciate the lives these kids are choosing to return to: barn-raising, butter-churning, bushy beards and buggy-bound broods (the average Amish family has 6 kids). The Amish understand the concepts of material sacrifice for nonmaterial reward. 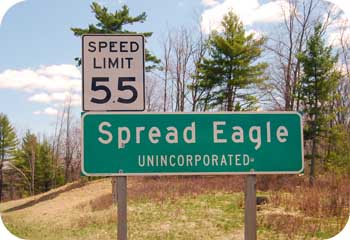 The White Coat Version of Rumspringa

Every summer, new attendings across the country undergo similar temptation to defy the customs of their long-observed frugality during White Coat Rumspringa. On receiving your first real doctor paycheck, you are suddenly granted unrestricted access to a lifestyle of luxury that your resident remuneration had excluded.

Holding that new attending paycheck in hand is transformative: you become that one friend we all knew in junior high, the teen whose hormonal dam seemed to burst without warning, creating a confusing leapfrog of several Tanner stages virtually overnight. What to do with all these new, irrepressible feelings when your spending power undergoes such irrational changes?

Financial opportunists can smell new attendings in this vulnerable phase in their financial development, and they pounce.  Like the summer culling of wildebeest in the Masai Mara, financial neophytes that wander from the frugal herd are picked off by unscrupulous predators. “Doctor loans” induce deeply indebted newbies with a negative net worth to buy enormous doctor houses they cannot afford. Invitations to steak dinners inundate mailboxes like the roaches that overran New York galley kitchens when you were in med school, emanating from unsavory characters that “specialize” in doctors (suspiciously like wolves that specialize in sheep).

The prior year’s victims do a disservice to their new attending kinfolk by normalizing debt and discouraging financial discipline. Your “big sibling” who graduated residency last year picks you up for lunch in a luxury vehicle with all the extras (There’s a button for a butt massage! Is that a thing?).

During the drive, he regales you with descriptions of his new master bath, whose square footage exceeds your current apartment. You can barely hear him for the distraction of the otherworldly leather upholstery. Smells! So! Good! Last year’s suckers pull this year’s recruits into their level of debt with the easy skill of Tom Sawyer conning his friends into whitewashing Aunt Polly’s picket fence.

Can New Physicians Return to Their Frugal Ways?

In contrast to the success of the Amish, White Coat Rumspringa is far less effective at keeping newly minted physicians true to the frugal code that served them so well for so long. It takes only one or two impulsive financial mistakes to undermine decades of deliberate spending and upend a value system that took years to create.

As an undergraduate, medical student and resident, you spent years cultivating a Charles Atlas level of financial discipline by constantly and ingeniously flexing your frugality muscles.  You can’t afford to take your frugal fitness for granted.  Fortunately, like many communicable diseases, there are steps you can take to proactively inoculate yourself against becoming a new attending spendthrift.

First, seek out the inspiring financial misfits of medicine. Identify the doc in your group who still drives the beater from residency or rides a bicycle to work. Alternately, ask a nurse to point out the least resentful, most relaxed senior physician at your new job (that peace of mind is usually a tell that she’s got her financial life in order) and ask to know her secrets for sustaining career longevity and financial security.  No one else ever does, so she’ll typically be happy to share her strategies for success over a cup of coffee.

Second, open your eyes to the consequences of excessive spending and enormous debt. Ask those in your group who have been in practice for a decade which doctor’s fate you should avoid, and they’ll discreetly point out the graying partner who’s still working the night shift in the ER or the grandfather moonlighting as a hospitalist in addition to his clinical practice. But for a great deal of luck and financial discipline, that could be you.

Third, understand where your finances currently stand and decide where you’d like to be in a decade. Set achievable financial goals with explicit deadlines, and work backward from your net worth goals to allow your income accordingly.

Master of Your Financial Domain

As you set out to reach your financial objectives, tracking progress toward your goals will provide the added benefit of continually flexing your frugality muscles and maintaining your already high level of financial fitness. While the Joneses spend themselves irresponsibly into lifelong debt, you’ll become the master of your (financial) domain.

The Amish are necessarily frugal (again, 6 kids per family) and set a high bar for delayed gratification, postponing rewards into the afterlife.

If they can till soil without tractors and milk without machines, there’s no reason you can’t doctor without debt.

[PoF: Thank you, Crispy Doc. I’ve been doctoring without debt for years now, but I can’t say I’ve tilled a lot of soil or messed around with udders. I’ve got a friend who keeps bees for honey and makes mead from it. And my wife’s pretty good at quilting, so that counts for something, right?

Readers, what did you do with your first big-boy or big-girl paycheck? After a splurge, did you return to your semifrugal ways?]