When you win the game, that is, when you have saved all you need to save to enjoy a comfortable retirement, Dr. Bill Bernstein says it’s time to stop playing the game.

I have a very different attitude. I prefer not only to continue playing the game, but to take risks that I wasn’t comfortable taking before. It helps that I’m relatively young, able to continue making money, and in a position to lose money and still be OK.

We may not be as far apart as it appears, though. When asked at the inaugural WCI conference (in which I had the frightening pleasure of speaking after the good doctor) about an asset allocation for someone with a very low withdrawal rate, he stated that someone living on 1% of their portfolio annually could go with 100% stocks and still sleep well at night.

What’s your plan once you win the game? This article from Dr. Jim Dahle was first published on The White Coat Investor. 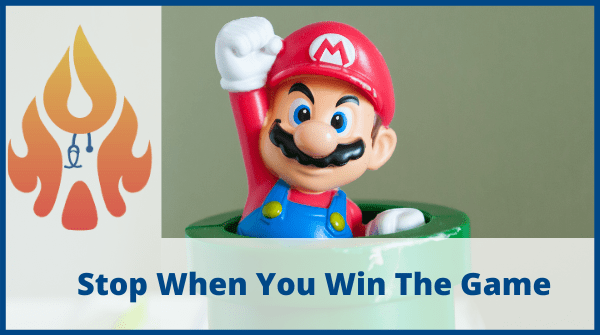 William Bernstein, MD trained originally as a neurologist but developed an interest in investing mid-career.  I credit his book, The Four Pillars of Investing, with having the biggest influence on my investing career.  I attended Bogleheads 8 when Jack Bogle wasn’t able to go due to medical problems.

But I wasn’t too disappointed since I got to meet Bill Bernstein there.  I was a Bernstein-head before I ever found the Bogleheads.  So I’m always interested in what he has to say.  Plus, it helps that he can speak “Doctor.”

In conjunction with the marketing for his book, The Ages of the Investor, he did an interview with CNN. In that interview, there were several ideas worthy of discussion, most importantly, knowing when and how to reduce your level of risk to be a winner at the retirement game.

Stop When You Win The Game

Bernstein was asked “How much exposure should people have to stocks?”  He answered:

A lot of people had won the game before the [2008] crisis happened: They had pretty much saved enough for retirement, and they were continuing to take risk by investing in equities.

Afterward, many of them sold either at or near the bottom and never bought back into it. And those people have irretrievably damaged themselves.

I began to understand this point 10 or 15 years ago, but now I’m convinced: When you’ve won the game, why keep playing it?

How risky stocks are to a given investor depends upon which part of the life cycle he or she is in. For a younger investor, stocks aren’t as risky as they seem. For the middle-aged, they’re pretty risky. And for a retired person, they can be nuclear-level toxic.

The reason why stocks aren’t very risky for a young person is that you have a lot of “human capital” (ability to make money working) left.  On the eve of retirement, you don’t have any of that.

How Much Is Enough?

Bernstein recommends a rule of thumb, based on annuity payouts and spending patterns late in life, that you should have 20-25 times your residual living expenses (after pensions/Social Security) invested solely in safe assets.  No stocks at all.  This should be in TIPS, SPIAs, and short-term bonds.  If you have more than that, that’s your “risk portfolio,” which he describes this way:

This is a little bit of a different way to think about things.  The 4% Rule was developed based on keeping a significant portion of risky assets in the mix.  The Trinity Study showed that having fewer stocks in the retirement portfolio INCREASED your risk of running out of money early.

But Bernstein is suggesting that once you hit your number (which is about the same number you’d hit using the 4% Rule) you put all your money into safe assets.  If you want a “risk portfolio” then you need to keep working a while longer.  If you buy into Bernstein’s theory, you’d better plan on working a little longer, saving more, or spending less in retirement.

I’m sure the book goes into more detail on this point, but it does illustrate that when you retire is at least as important as any other factor you can control.

I have family members who retired in the late 80s and rode the bull market for the first decade of their retirement.  They couldn’t have timed it any better.  Other family members who were going to retire in the early 2000s ending up having to work a few more years to get to a less comfortable retirement. 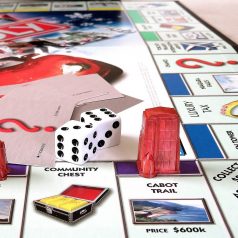 Determining When to Reduce Risk

[In the middle of your career] you need to start bailing out of risky assets as you get closer to achieving that liability-matching portfolio—when you can “win the game” without taking so much risk.  Instead of cutting your stock allocation one percentage point a year — the standard formula — in a year with absolutely spectacular returns, you might want to take 4% or 5% off the table. In a series of years when stock returns have been poor, you don’t take anything off the table. And over time you start laying down a floor of safe assets with the proceeds from the stocks you’ve sold.

While this approach smacks of market timing, it’s entirely based on past performance, not future performance and so requires no predictive ability.

He’s just suggesting that your gradual transition from a 75% stock portfolio to a 25% stock portfolio doesn’t have to occur in an even manner.  It’s okay to reduce the risk level using broad strokes, especially after a good year or two.  Seems wise to me.

I had a long conversation with Bill about the ability of investors to do it on their own.  I’ve mentioned before that each of us has two jobs — practicing the profession we trained for and then our moonlighting gig as a portfolio manager.

Bill used to think that most people can manage their portfolio successfully.  But the longer he’s in investing, the more he realizes that it’s really quite a tiny sliver of the population that can successfully manage their own portfolio.  He explains it this way in the interview:

I’ve flown airplanes, and as a doctor, I’ve taken care of kids who can’t walk. Investing for retirement is probably harder than either of those first two activities, yet we expect people to be able to do it on their own.

An alternative would be to have a pension system such as in Singapore, where the government forces people to put money into a dedicated investment pool that it manages at minimal expense. And when people get to be of retirement age, they are forced to annuitize some of those savings, which turns into safe income.

I have to admit I share his opinion.  When I first learned a little about investing it seemed so easy that I figured anyone could do it.  The more people I meet and talk to about money, the less I’m convinced that most doctors, much less most people, can do it on their own.  Many readers of this blog are in this small, capable sliver, but you certainly shouldn’t feel bad if you’d prefer having a financial advisor or two helping you out.

How to Choose An Advisor

Bill was asked, “How do you find a good advisor?”  This was his suggestion:

Interview one and say, “Look, this is my portfolio now,” and you show him or her a simple, cheap index-fund portfolio.

And if he says, “You know, this is really good, you’ve got the right idea, I think we can diversify you a little more by using some more cheap index funds,” that’s the answer you want to hear. You’ve probably found an honest adviser. And someone who adheres to an index-fund portfolio will probably be more likely to adhere to the policy because you’ve got someone who has some humility and realizes he doesn’t know how to time the market.

As usual, there’s a lot of wisdom there.  Thanks, Dr. Bernstein for all you’ve done for investors, doctors, and those of us who like to wear both hats!

If you aren’t already a fan of Dr. Bernstein, here are links to a few of his best-selling books, many of which I review on my Best Financial Books for Doctors list. Enjoy!

What do you think of Dr. Bernstein’s rule of thumb? How have you reduced your level of risk in retirement? Comment Below!