Most high-income professionals are getting a never-ending workout on this contraption they don’t even realize they’re on: the hedonic treadmill.

Some are going at a manageable, comfortable pace and still managing to set aside plenty of money for their futures while slowly increasing their standard of living.

Others are at a sprint, taking on additional debts to fund the lifestyle they’ve been dreaming of for years. Why not? The income will always be there, right? Right?

And then there’s Ludicrous Speed. It’s incredible how much one can spend when the means are there (or seem to be).

This article was written by Dr. Jim Dahle and was originally published on The White Coat Investor.

Q. I know you have recommended that attending physicians should be putting about 20 percent of their gross income toward retirement. My spouse and I have found this to be very difficult, both early on and now that we’re in our mid-careers.

I am a bit embarrassed to say this, but I don’t see how we could spend much less than we currently do without a dramatic change in our lifestyle. What should we do?

A. Just as the time required to perform a chore seems to expand into the time available, so does our spending naturally expand until it consumes our entire income. For most people, it requires a conscious and sometimes difficult effort to avoid this process.

To make matters worse, the increasingly progressive tax burden on that additional income can further destabilize your finances.

Effects of Spending on Financial Independence

Since you can always spend your entire income and then some, the secret to financial independence always lies primarily on the spending side of the equation.

As a rule of thumb, financial independence means you have a level of assets that is approximately 25 times your annual spending requirements. The less you spend, the sooner you will become financially independent and the less you will have to save to reach that point, which also means you will need to take less risk with your investments.

The easiest way to avoid the hedonic treadmill is to never get on it in the first place. However, for most of us, a conscious effort is required to get off the treadmill or at least limit its effects on our financial lives.

Financial literacy can pay great dividends in this respect. If you have never heard of hedonic adaptation, chances are that you are already on the treadmill. Recognizing this completely natural tendency goes a long way toward fighting it. Understanding the consequences of a low savings rate (ie, out-of-control spending) is also helpful.

Saving more money each year not only increases the size of your nest egg, but it also reduces the size of the nest egg required to maintain the same lifestyle in retirement.

Obviously, everyone’s financial situation differs, and if someone inherits significant assets early in life, then they have the potential to become financially independent much earlier. But whether you start saving and investing at age 20 or 40, it still takes just as long to reach financial independence, and that amount of time is most dependent on your savings rate.

Now, this chart overstates the case quite a bit, as most retirees will not only have some Social Security but also naturally spend much less in retirement than they did earlier in life as mortgages are paid off, tax burdens decrease, children leave home and finish their educations, work-related expenses disappear, and the need for life and disability insurance is eliminated.

And obviously, if you work and save until you’re 80, you probably won’t need your portfolio to last as long as an early retiree will. But the point of the chart remains the same—increased savings simultaneously increases portfolio size and decreases the need for income from the portfolio. 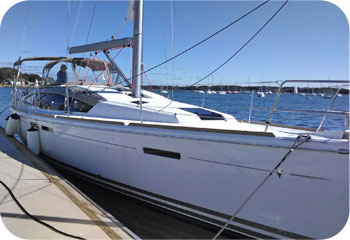 How to Get off the Hedonic Treadmill

There are some practical steps that can be taken in order to get off the hedonic treadmill. Everyone has heard about how important it is to live on a budget. What they don’t tell you, however, is that living on a budget is really a temporary process.

A budget is a training tool, and once you’ve trained yourself to spend at a sensible level, you can actually quit the physical act of budgeting. Most financially successful people can generally get to that point with a few months or years of careful budgeting. Track your spending by initially writing down every dollar you spend, then make sure you are actually spending your money in accordance with your values.

For example, if you find you value vacations with your children and having a nice home the most but discover you are spending a large percentage of your money on education, eating out, and auto payments, then you need to realign your spending with your values. As a typical physician, you can generally buy anything you want but not everything you want. Spend your money on what makes you the happiest.

Some people find it easiest to boost their savings rate by “saving their raises.” Every time their income goes up, they simply keep spending the same way they did on a lower income. This technique, however, does not work as well for most emergency physicians, who generally reach peak earnings relatively early in their career.

So if you aren’t saving as much as you would like, consider going to a cash-spending plan. Psychological studies also show that our willpower is limited. We are only able to deny ourselves so many times before giving in. However, it turns out it takes the same amount of willpower to decide not to buy a BMW as to avoid buying a latte. Use your limited willpower where you can get the most bang for your buck—on the big-ticket items.

Recognizing the behavioral pitfalls that lead to out-of-control spending can help keep you off the hedonic treadmill. Practicing emergency medicine is far more enjoyable when you do not have to do it for financial reasons.

Have you found yourself on the hedonic treadmill? Have you been able to reverse it? How? How much do you save and why? Comment below!

4 thoughts on “Avoiding the Hedonic Treadmill”