Freddie Mercury may have reached this conclusion before the My Financial Toolbox author did, but if Queen’s lead singer were still alive, they’d be seeing eye-to-eye.

Saying that nothing matters may be going a bit too far, but Harry’s got a great point that life can be simpler and easier if you approach things in a way that make the little details matter less and less. For example, I field quite a few questions about what to do if you took some alternate approach to the backdoor Roth or didn’t follow the steps as outlined. I don’t usually have the answer because when you do it the same way every year, the what-ifs simply do not matter.

This Friday Feature was first published on The Finance Buff. 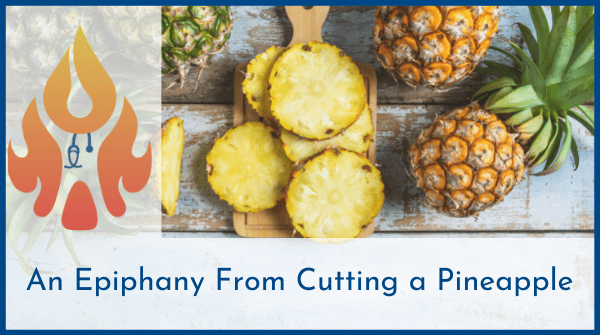 I don’t do New Year’s Resolutions but I decided to make this my ongoing resolution for the foreseeable future: Make Fewer Things Matter. This dawned on me when I learned how to cut a pineapple.

I grew up in a northern climate. Because transportation wasn’t very good back then, pineapples were a rare treat. Whenever I saw them as a kid, they were cut by the purveyors into this delicate spiral shape. I always had two impressions of pineapples: (a) they were expensive; and (b) they were difficult to cut.

I saw pineapples around last Christmas in a grocery store with a big sign: $2. I thought I’d spring for a treat for only $2. There goes my first wrong impression from childhood. Pineapples aren’t that expensive.

The next step was to learn how to cut it. Naturally, I went to YouTube and I watched the first video from the search.

To my big surprise, it was amazingly easy to cut a pineapple.

How come I got the impression they’re difficult to cut? YouTube’s autoplay feature served up the next video:

Now a light bulb went off. It’s not difficult to cut a pineapple. It’s only difficult when you want to maximize the amount of flesh. If you don’t care about maximizing the result, you can enjoy pineapples much more easily.

The lesson from cutting the pineapple connected the dots in so many issues in personal finance and investing. I came up with this motto: Make Fewer Things Matter.

The first emphasis in Make Fewer Things Matter is “make.” Things don’t stop mattering on their own. You don’t just ignore them. You do something to make them not matter. The next emphasis is “fewer.” Some things will still matter, but you reduce the number of them. Make a big list of things you think are important. Look at each item and look for ways to make it not matter. After you go through everything and you try to make them not matter, you’re left with a few things that truly matter.

Warren Buffett instructed that trustees should invest 90% in S&P 500 and 10% in short-term government bonds for his wife. Is 90% in stocks a good asset allocation for people her age? And the S&P 500 has only large cap U.S. stocks? And short-term government bonds pay close to zero? Warren Buffett made it not matter how the money for his wife is invested.

While it’s hotly debated whether the 4% rule still holds in the current environment of high equity valuations and low bond yields, FIRE leaders make it not matter by keeping a positive cash flow.

Over at my post on Medicare IRMAA income brackets, people wanted to know where the income cutoff would be for next year. Because inflation used in the calculation hasn’t happened yet, it’s impossible to make an accurate projection within $2,000. But it’s dead simple to make it within $10,000. If you don’t mind leaving a larger margin of error, precisely what the number will be doesn’t matter.

I stopped updating my post on Social Security Cost of Living Adjustment (COLA) because the story is the same every year. Seniors complain COLA is too low. COLA is low because inflation is [PoF: or has been for 2 decades] low. The most recent COLA was 1.3%. Legislators proposed making it 3% for one year. The average Social Security benefit is $1,500/month. 3% versus 1.3% would increase it by $25/month. Rather than waiting for new legislation, which didn’t pass anyway, you can make it not matter by having your retirement budget not depend on $25/month one way or the other.

A reader asked me about the HSA rollover. Because you can only do one rollover every rolling 12 months, and the rollover takes some time to complete, the question was whether the 12-month clock for the next rollover starts on the day the money comes out of the old account or on the day it goes into the new account. While there’s a technically correct answer, you can make it not matter by spacing your rollovers every 15 months. That way you’re in the clear no matter how the 12 months are counted.

Another reader asked me whether the RMD is required when the surviving spouse takes over an IRA in the year after the owner’s death. Again there’s a technically correct answer but you can make it not matter by simply taking the RMD even if it isn’t strictly necessary. At most, you take the RMD one year too soon. Delaying it by one year doesn’t matter that much anyway.

But if you ask me “How important is tax strategy for building wealth?” I must agree with the Bogleheads it’s not that important. While a good tax strategy is helpful, whether you become wealthy doesn’t depend on it. You can still make it work if all the tax-advantaged accounts go away and dividends and capital gains are taxed as regular income.

If you look for ways to make things not matter, you’ll see a way out in almost everything.

Ward Off FOMO and Sales Pitches

“You should invest in real estate.” It’s probably a good way to make money but I’ll let others do it.

“You should buy stocks of Tesla, Nikola, NIO, and the electric vehicle industry.” Because they’re in my total stock market index fund, I’ll benefit already if they become successful.

“You should put some money in cryptocurrencies.” Maybe they’re onto something. I’ll let others have at it.

You’ve made it when you can afford all the “mistakes.”

Learn the Nuts and Bolts

I put everything I use to manage my money in a book. My Financial Toolbox guides you to a clear course of action.

2 thoughts on “Make Fewer Things Matter: An Epiphany From Cutting A Pineapple”