A couple of months ago, I was chatting with Jonathan and Brad of ChooseFI just before we started recording a podcast. They asked if I had been listening to their shows, and I really, really wanted to answer in the affirmative, but the truth was I hadn’t listened to a single episode.

I have since rectified that situation, first listening to my own interview, and subsequently listening to most of the material they’ve put out so far. I haven’t been much of a podcast guy in the past, but with the amount of driving I do back and forth to spend time with my family at our cabin over the summer, I have all the car time I can stand. I’ve also learned to enjoy a podcast while running and mowing the lawn, and I have to admit, I’ve become a a true podcast fan.

The ChooseFI duo does a great job introducing and dissecting an all-encompassing spectrum of topics related to financial independence. I am pretty familiar with most of the life and money matters in the smörgåsbord of goodies they serve up, but they introduced me to an idea I hadn’t much considered before: second generation FIRE.

We are First Generation FIRE

It would be unfair and untrue to say that no one retired early before Generation X came along. But the concept wasn’t popularized, acronymized, or celebrated until roughly the last decade. For a thorough history of FIRE, or as the Early Retirement Dude calls it, FI/ER check out The History of the FI/ER Movement.

When I reflect on my path to financial independence, I realize it was a meandering path that was poorly defined, and I stumbled off the trail more than a few times.

In college, I loaded up on science and math and the closest thing to money management was me memorizing the weekly drink special calendars at all the neighborhood watering holes.

In medical school, any mention of money was followed by an uncomfortable silence and sideways glances. How dare someone come up with a plan to avoid or pay down that six-figure debt!

My parents helped fill some gaps, with my Dad teaching me about compound interest and the Rule of 72 early on. When I was in medical school, I was gifted The Only Investment Guide You’ll Ever Need.

They also led by example, spending intentionally on the things that mattered to them, and looking for value with many frugal thrift store and garage sale purchases.

My parents’ guidance kept me from making big mistakes and gave me a good financial foundation, but it wasn’t until I had a sizable portfolio of my own until I really focused on optimizing my own finances.

When I finally encountered the term FIRE at age 39, I realized I was essentially FI and RE was an option there for the taking. That was over two and a half years ago, and I’m just now getting comfortable with the idea that I might be about ready to make early retirement a reality for my family and me. 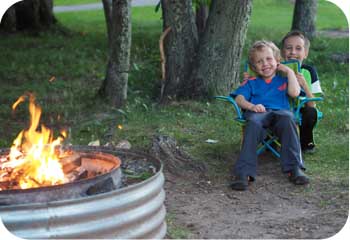 We learned about this ultimate life hack in our twenties, thirties, or forties. That means we have the opportunity to teach our kids about this amazing loophole decades before FI entered our own lexicon.

Giving our offspring the knowledge and tools to achieve FI on their own terms and timeline is the essence of second generation FIRE.

Yes, your kids can be excruciatingly loud, unreasonable, messy, stubborn little tyrants (mine can, anyway), but you do love them, don’t you? If you answered yes — to the love them part, not the tyrant part — wouldn’t you want to show them how they can become obtain financial freedom themselves?

I won’t rehash all the benefits of financial independence here. I’ve done that here and the White Coat Investor shared more here. If you’re reading this, I doubt you need convincing, and I don’t imagine your kids will need much, as well.

Our sons and daughters will witness the benefits of financial independence firsthand. From their perspective, they will see their parents possess some or all of the following:

I’m not saying working parents can’t achieve some or all of the above, but financial independence makes it all much easier and more likely. My 8-year old, in front of his aunt and uncle, recently told me he can’t wait until I retire so I wouldn’t have to leave the family in the summertime to go back to my job. That garnered a few chuckles around the table and a sly smile from me.

When your kids grow up with the benefits of FI, I expect they will want it for themselves. If they achieve it, there’s a good chance it will happen during your active lifetime, perhaps when their own kids (a.k.a. your grandkids) are young, giving them more freedom to visit Grandma & Grandpa. That’s when we start working on third generation FIRE.

OK, I think we may be getting ahead of ourselves. Let’s dial it back a generation.

How to Enable Second Generation FIRE

Early retirement should not be a primary goal for kids who haven’t yet tasted the sweet sweat of hard work, but that doesn’t mean we shouldn’t help shape their futures to give them the option of pursuing financial independence.

What can we do to keep that door open so they can enjoy a future like ours?

Every day presents numerous opportunities to talk with your children about money. There’s no need for the topic to be hush hush. Talk frankly and openly about the cost of things — not just the things you buy for them, but the cost of keeping a roof over their heads, the electricity on, and the substantial portion of your earnings set aside to appease the taxman.

Talk about your earnings and savings, and how the fact that you keep a lot of the money you earn will allow you to choose whether or not you want to keep working at some point. Let them know that money itself can earn money. These are not complex subjects, no matter how poorly your friends and neighbors seem to grasp them.

As I mentioned in bullet points above, you will be their FI mentor. By showing them how good life can be when your family has the freedom to live well without relying on a biweekly paycheck, you will be a great role model.

Depending on how old your children are or were when you take full advantage of your FI status, you may need to remind them regularly that hard work and diligent saving in the past were key pre-requisites to the life you all enjoy in the present. You know, money doesn’t grow on trees and that whole spiel. 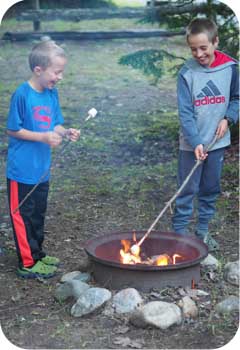 When they’re old enough to start earning their own money, educate them. Perhaps you can afford to give them a parent match, helping to start an IRA if they’re willing to save some of their earnings from their first McJob.

Give them articles to read. Select a few of your favorite posts from your favorite FIRE bloggers and discuss them together. Listen to some podcasts. I hear rumblings about a documentary, and I would not be surprised to see a reality show pop up in the near future. Watch those if and when they exist.

Be a sounding board. I wouldn’t try to dictate their future career, but if your son is choosing between a lengthy Ph.D. program in a field with scant job prospects outside academia or a masters in engineering, you might point out the obvious.

How Not to Enable Second Generation FIRE

My kids aren’t quite at that age and stage yet, but I hear some kids like to rebel. It seems the more a parent tries to influence an outcome, particularly when done in an overbearing way, the opposite outcome becomes more likely.

Don’t assume FIRE is the best option for your kids, or that they’ll be interested in FI early on. Frankly, finding a job you never want to retire from is an outstanding outcome. It’s just that the prospect of that happening seems a lot more plausible when you’re 20, and the chances of continuing to feel that way about said job becomes less likely with each passing decade. Nevertheless, you shouldn’t try to make an astrophysicist out of a music major.

Borrowing a concept from The Millionaire Next Door, funding your children’s lifestyle and / or retirement is not doing them any favors. They need to earn and save their own money.

When adult children learn they can rely on a gift or bailout from the Bank of Mom & Dad, they may begin to jeopardize your own FI status, and will have a much harder time ever achieving it on their own merit.

If you’ve achieved FI at a relatively early age, and, as I’ve suggested, talked about money with your kids along the way, your wealth will be a poorly kept secret.

If your next generation has followed your lead and read all about FIRE and safe withdrawal rates, they will have a good idea that there’s a very real chance you’ll be spending down that money in retirement. If the kids haven’t done their homework, they might simply know you’re worth millions and figure someday, those millions will be theirs. You don’t want that situation.

True financial independence should be obtained independently. And early FI by your children should be obtained long before you start knocking on heaven’s door. Generations in my family tend to come along about every 30 years, but I fully expect my parents to have a minimum of a decade or two left on this earth with us after I retire.

Similarly, I would love to see my own boys live a life of freedom while I’m still reasonably spry, and if I’m lucky, see the next generation grow up with great prospects for a happy, fulfilled life before I move on to greener pastures.

Do you desire financial independence for your own children? Are you taking any steps to enable next generation FIRE? Or do you want your kids to forge their own path, wherever it may lead?